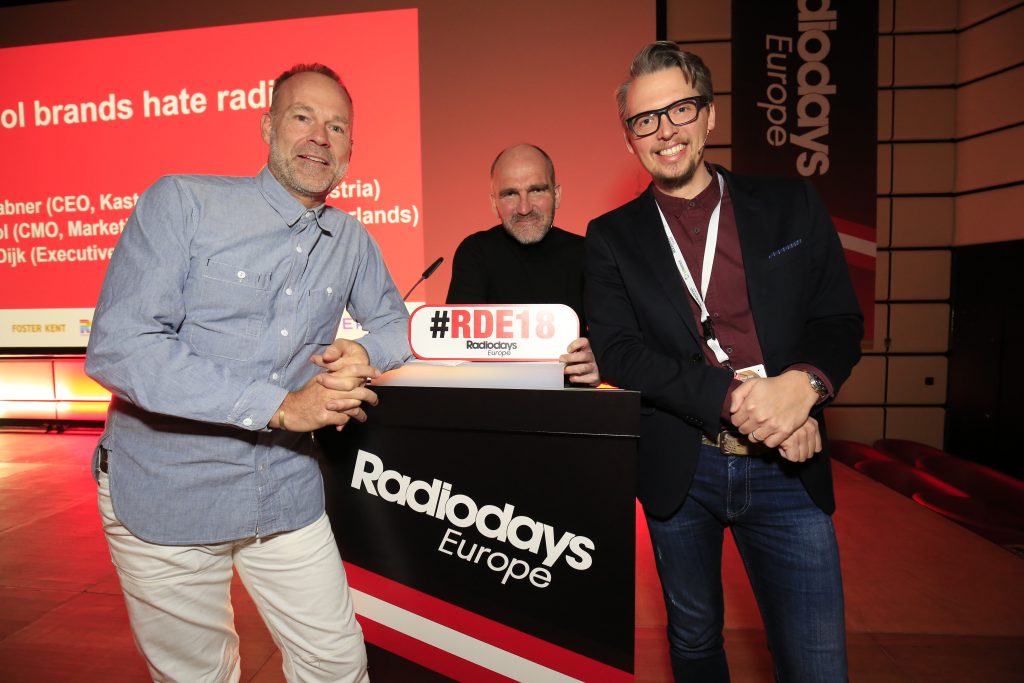 Red Bull and KFC brand managers explain why they don’t like radio – but can Ralph van Dijk change their minds?

Toe-to-toe with Thomas Grabner (Kastner and Partners, Austria), who oversees brands like Red Bull, and Bart de Kool (KFC, Netherlands), Ralph tried to convince the pair that globally admired ideas could have been more successful if radio was in the mix.

“I think there are some limitations”, opens Thomas Grabner when asked why he “hates radio” by Ralph. There’s a misconception about radio – for many marketeers it feels too small and lacks sufficient scale. “Radio is difficult to share, expecially compared to radio or online content”, said Thomas. “Radio starts the race from the back” says Bart de Kool. Radio feels cheap and ‘retail’”, he re-reiterates.

But it’s not all doom-and-gloom, however.

Bart de Kool said that radio’s local and regional segmentation is often finer than television, providing important marketing opportunities. You can also tie campaigns around key occasional moments, like lunch or dinner time. He said “if you can advertise then, you have a higher chance of turning a hearing moment into a transaction”.

Ralh set himself a challenge! Could he convince the brands to use radio in their campaigns? Yes, he could! In the case of Felix Baumgartner’s Red Bull Stratos jump, Ralph suggested a virtual sonic boom jump for at-home listeners, while KFC Celebrity Colonel Auditions saw a Ewan McGregor impersonator try to sell himself as a future voice of the brand.

Radio, they all concluded, should be seen as a way to expand campaigns and instead of copying television or mimicking a campaign, something should be created specifically for the medium.