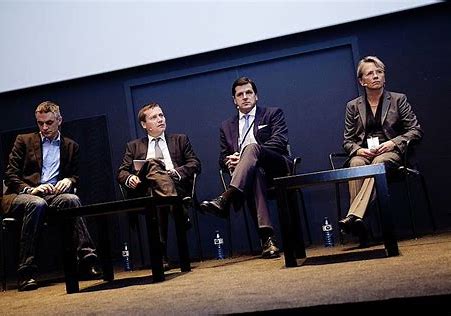 Barcelona was a meeting place for the European radio scene last week. Around 800 executives of public and private radio stations discussed the future of radio in prominent panels. The congress language was English. As a tribute to the Catalan capital, many workshops have been simultaneously translated into both Spanish and Catalan.

In the meantime, well-known partners from all over Europe have joined Radiodays Europe. These include the BBC, the Association of European Radios (AER), which includes over 4500 private, commercial radio stations from 27 European countries, and the European Broadcasting Union (EBU), a coalition of 75 broadcasters currently in 56 countries. Their most famous production is the annual  “Eurovision Song Contest .” The main partner of Radiodays Europe for Germany is the initiative  “Radiocenter ” from Berlin. Also involved are the the Munich media days, local radio days and ARD. ZDF media academy.

“I think the time of radio is only coming,” Erwin Linnenbach expressed with confidence. He believes that radio has been undervalued so far. The managing director of the German radio company Regiocast sat on stage in Barcelona together with Annika Nyberg of the European Broadcasting Union (EBU), Olaf Hopp of NRJ International Germany and Tim Davie, Director of BBC Audio & Music. “We’re going to be the last mass medium and we’re going to make that pay for us, better than in the past,” said the Regiocast chief, who looked quite positively at the radio future. Annika Nyberg, the EBU’s new Media Director, also saw no reason for the radio industry to be constantly complacent itself and to complain that radio is not being given due attention. Her message to radio colleagues: “Stop moaning, let’s be proud of our radio, which millions of people turn on for more than three hours a day. Let us be open to everything new, to discussions, criticism and courageous to experiments that can go wrong.”

For the BBC’s Tim Davie, growth is more important than anything else: “We public and commercial radio providers need to join forces rather than fight each other, because individually we are all too weak,” said the radio manager. “The most important thing we can do today is convince mobile operators that we need mobile phones and smartphones that can receive radio signals, because the Internet alone cannot offer us enough growth.” At the BBC, Davie said, concepts for online hardly matter anymore, the future can be seen in England in the mobile devices.

In addition to the management greats from radio, the organisers of Radiodays Europe were able to welcome many other well-known personalities from the industry. Ira Glass had travelled from America, the well known producer and host of the weekly show “This American Life.” The award-winning radio format reaches more than 1.7 million listeners and is broadcast by more than 500 stations. Glass, born in 1959, had brought many radio samples, which he entertainingly moderated. “Entertainment is very important for the team – and, of course, for the listeners,” Glass said. In many of Europe’s public service stations, reporters are stepping back, being as neutral as possible. “Very different with us,” says Ira Glass, “our concept is to consciously interfere.” The secret to success of “This American life” lies in telling unusual stories or imagining extraordinary people. On average, the editorial team does research 25 stories, more than half don’t make it to the broadcast and end up in the bin. What the successful producer wonders about: “We don’t really make money from advertising on the radio show, but from advertising on the podcasts, which are accessed about 750,000times per show.” An astonishing number, but still much lower than the number of radio listeners. “Why do we earn more from the podcasts than we do from the show? I have no idea” Ira Glass admits in Barcelona.

Also getting a lot of attention was the appearance of Christian O ‘Connell, morning presenter at Absolute Radio, who had travelled with his Producer Richie. He sees his show as a daily venture, a leap across the canyon. He revealed to radio colleagues that his great role model was the American motorcycle stuntman “Evel Kniewel,” who became world famous for his spectacular motorcycle jumps and stunt shows.

On his breakfast show, O ‘Connell and his team work a lot with the short messaging service Twitter.  “A wonderful tool to test ideas about whether they could work for the show as well,” said the Morning man from England. The moderator had many examples of how big events can develop from small ideas. One of his recipes for success lies in listener participation. “Your listeners have to become part of the show. We are an “inclusive club,” O ‘Connell said.  Once, a story about races with scooters evolved into an impromptu race day, with listeners volunteering to help and enthusiastically filming the event.

Respect was garnered from the audience for Vicsek Ferenc, the Manager of the Hungarian Klubrádio. His story about the fight over free speech on Hungarian radio moved many. Klubrádio is an independent radio station in Hungary, which has had it’s licence revoked under a new law and awarded to another station loyal to the government. The broadcaster did not give up and at an appeals court in Hungary in early March overturned the decision to hand over Klubrádio’s broadcasting rights to another radio station. Presumably the license will now be re-advertised, but the station does not want to resign under any circumstances. Even if the financial resources are tight, Klubrádio wants to go back on air.

Many other interesting topics were on the agenda of Radiodays Europe 2012. But one of the highlights of the first day of the conference was the city of Barcelona’s reception at Casa Llotja de Mar, a 14th-century palace that most recently housed the Barcelona Stock Exchange. Typical Catalan delicacies were served and the radio industry used the evening for extensive and relaxed networking. The next Radiodays will take place on 18 and 19 March 2013 in Berlin.

*This article was provided from the archive of Inge Siebel, great thanks to her and all of the other people who have been reporting on Radiodays Europe from the start and through the years!

Register here for the 10th anniversary of Radiodays Europe, Lausanne, 31 March to 2 April 2019.

Watch the video of the Welcome party for Radiodays 2012 Barcelona here:

PrevPreviousMore fantastic speakers announce for Radiodays Europe 2019
NextAnnouncing Cheyenne Mackay as the host of Radiodays Women for the second year!Next