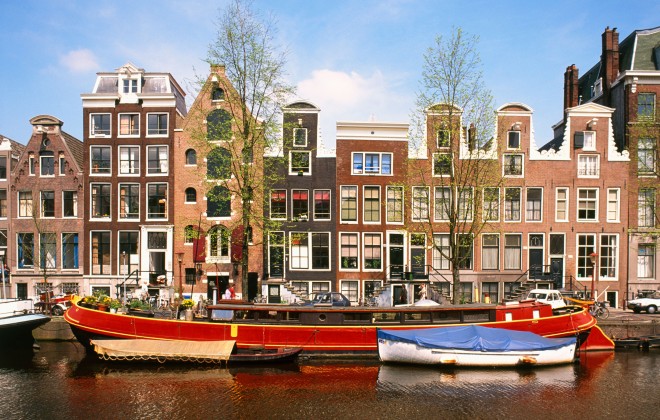 In 2017 Radiodays Europe is transported to the beautiful city of the Netherlands, Amsterdam. The city is full of wonderful suprises which our hosts will be sharing with us. After last year’s Radiodays we have complied a list of things you wanted to know about the city and also about the time of year:

Amsterdam has a fantastic transport system including fast trains from the airport, the city trams, the metro, buses, ferries and of course the copious cycle lanes. There are approx. 881,000 bicycles in Amsterdam although the city only has 799,400 residents. Of theses bicycles approx. 100,000 are stolen each year with 25,000 of these being taken out of the canal. Another method of visiting all parts of the city are the canal tours with 165 canals making up approx 100km of waterways to explore. For more information on getting around the city go to – http://www.iamsterdam.com/en/visiting/plan-your-trip/getting-around

Each year Amsterdam sees 20,000,000 tourists enjoying all that the city has to offer. With this in mind the city and it’s hotels are ready for tourists and business travellers whatever their budget. There is always a warm welcome waiting for you whether you decide to stay at the airport, near the venue or near the city. Please not the venue is 15-20 minutes outside of the city, information on the venue can be found here. Radiodays Europe has teamed with the venue, the Rai Convention Centre, to bring you the best prices during the conference and you can search for hotels using the speacial Rai rates here.

Choose from one of the 1,515 bars and cafes in Amsterdam for a night out or an apreitivo! Amsterdam’s culture of an early evening drink dates back centuaries and there is nothing better that sitting in one of the old style cafes watching the world cycle by. If you want something more cultural Amsterdam offers more than enough museums, art galleries and if that wasn’t enough ‘Amsterdam’s 17th-century Canal Ring was added to the UNESCO World Heritage List in 2010, raising the total number of listed sites in the Netherlands to nine’. To find out more visit – http://www.iamsterdam.com/en/visiting/about-amsterdam/history-and-society

The Dutch are serious about radio with a well developed radio landscape provided by the Dutch public broadcaster NPO and a multitude of commercial broadcasters. They have a proud history of innovative content which brings in listening figures which any radio broadcaster worldwide would be proud of! “Two of the biggest annual Dutch radio events are 3FM Serious Request and the Top 2000 — both multi-day round-the-clock national broadcasting events in the month of December, supported by other media. They both have over half of the population of the Netherlands listening to the broadcasts each year”. This year Radiodays Host Partners are once again both the public and commercial broadcasters – NPO and the RAB, which brings together the commercial industry. They are joined as co-hosts by the Radio Netherlands´ Training Centre (RNTC) part of NRW Media. To find out more about the Dutch radio join us in Amsterdam in 2017.

The one question we were asked more than any other this year at Radiodays Europe Paris was – What will the weather be like? As Radiodays Europe is always held in March temperatures in the north of Europe tend to be on the slightly cold side (or as we saw in Berlin -10 though that has never been repeated). The weather forecast for Amsterdam in March 2016 was 6 degrees and the forecast for March 2017 is so far 9 degrees. Global warming maybe or perhaps they know Radiodays Europe is coming and we bring the warmth of the radio industry? Our helpful hint is this: bring your coat and umbrella and start to practice riding your bike whilst holding said umbrella – as you will see the Dutch are masters at this and so much more!

See you in Amsterdam!