Believe in the Power of Sound 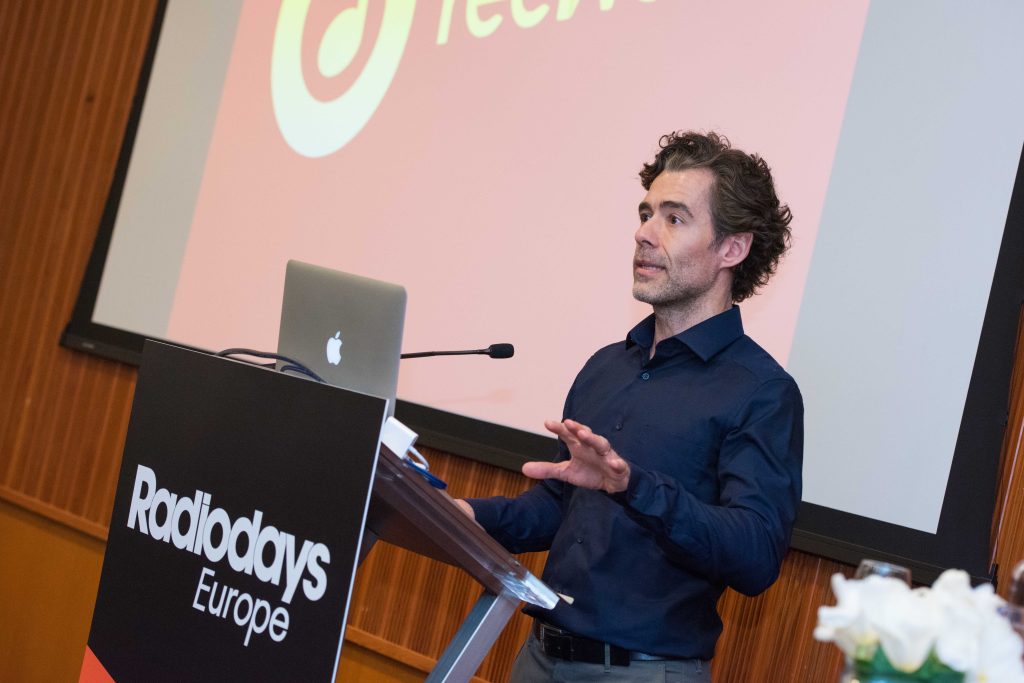 Anthony Gay gave us the lowdown on how to harness the power of audio.
He reminds us that manipulating sound is a superpower – and has a real
effect on the listener. It’s innate in humans to respond to sound,
like the roar of a lion, for example. We can’t turn our ears off!

He told us that there really is a power to sound – it can levitate,
put out fire or make wine taste better. Ask him for the evidence to
back those up! But at its base level, it’s about storytelling. And
the impact of hearing stories, by comparison to having them written in
front of you, is very powerful.

Each station, or brand, has it’s own story – it’s set of values and
ideas that everything else follows. And branding or ‘furniture’ is a
huge part of this. It can give a voice urgency, or humour – drown it
or make it really stand out.

The branding can so often be missed or forgotten, because we hear it
every day on a constant basis. It is functional but must still be
entertaining and as successful as every other part of a station, to
avoid diluting or destroying other content.

Anthony says that, although many would argue that ‘jingles are dead’
there is a way to move them forward – quality. He suggests that you
stick to your guns and keep making audio, including jingles, bigger
and better. He says that done well, they are some of the most powerful
things available to you, because melody both moves people and aids
recall.

And his top tip? Use silence, pauses, breaths – it’s the best way to
get attention.

'Use silence, pauses, breaths – it’s the best way to get attention'

PrevPreviousRadio in the connected home
NextHello from the other sideNext