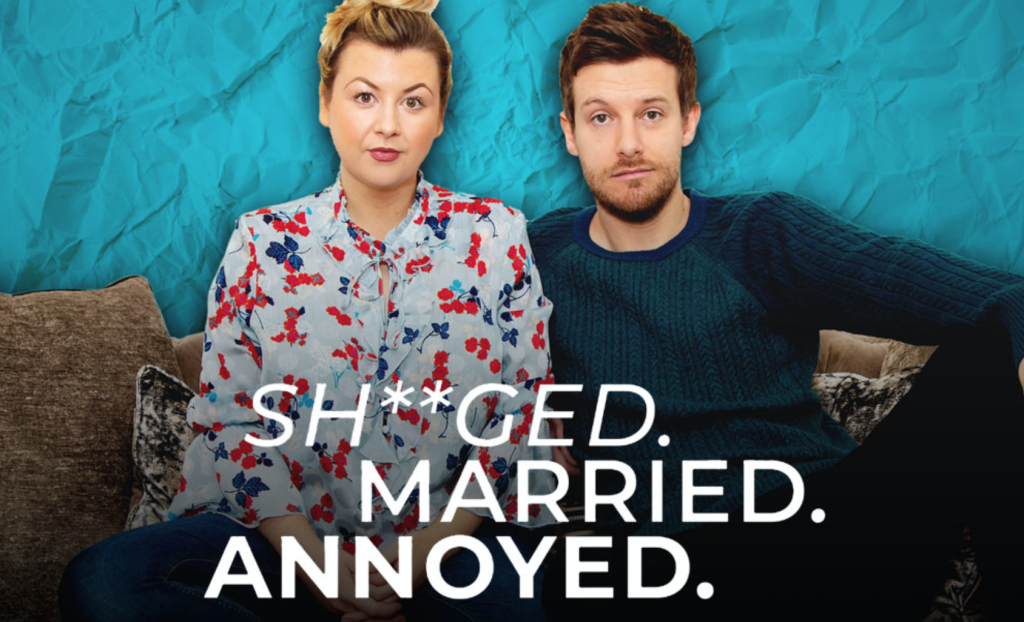 The British Podcast Awards, powered by Acast, took place on Saturday night, 11th of July. Streaming live, the Awards were presented by Clara Amf with Rhianna Dhillon, as well as a stellar list of presenters for individual awards. Announcing each award from their own homes, some of the winners even received awards from their doorsteps! Suffice to say, the awards did not let the limitations of the pandemic restrict their ability to entertain and celebrate the best podcasts of 2020.

The stream started with a behind the scenes look at how the Awards were being run, with an impressive tech team making sure the steam would run smoothly. Other than being broadcasted out of the studio in London, the individual awards were read out by stellar presenters well known in the podcast industry.

So, let’s get into the winners.

The most coveted award of the night was the Audioboom Podcast of the Year.
Awarded to ‘Brown Girls Do It Too’, the show was described by the judges as “a show that pushed boundaries using highly entertaining, intimate conversations to open up wider discussion around culture, gender and modern society with hosts who showed a great rapport. The willingness of the hosts to open their personal lives to the audience as a means of not only entertaining them but also creating a wider debate around race and sexuality was impressive and exciting.”

The most popular award with the biggest fan base watch the live stream was the BBC Sounds Listeners’ Choice Award, which (and with no surprise to the fans on the chat during the live stream) was awarded to ‘Sh**ged, Married, Annoyed.’ The podcast won in the public vote which involved over 240,000 listeners (a record number of votes) it was clear to all just how popular this podcast is and their loyal followers who have been with them since its’ launch in Spring 2019.

Some of the other winners across the categories included;

MOMENT OF THE YEAR

The British Podcast Awards successfully celebrated the achievements within the podcast industry and proved yet again, that events can continue to bring the industry together – even within the confines of our homes.

To check out all the winners in each category, go here. You can also watch the whole re-watch the event here – you don’t want to miss it.