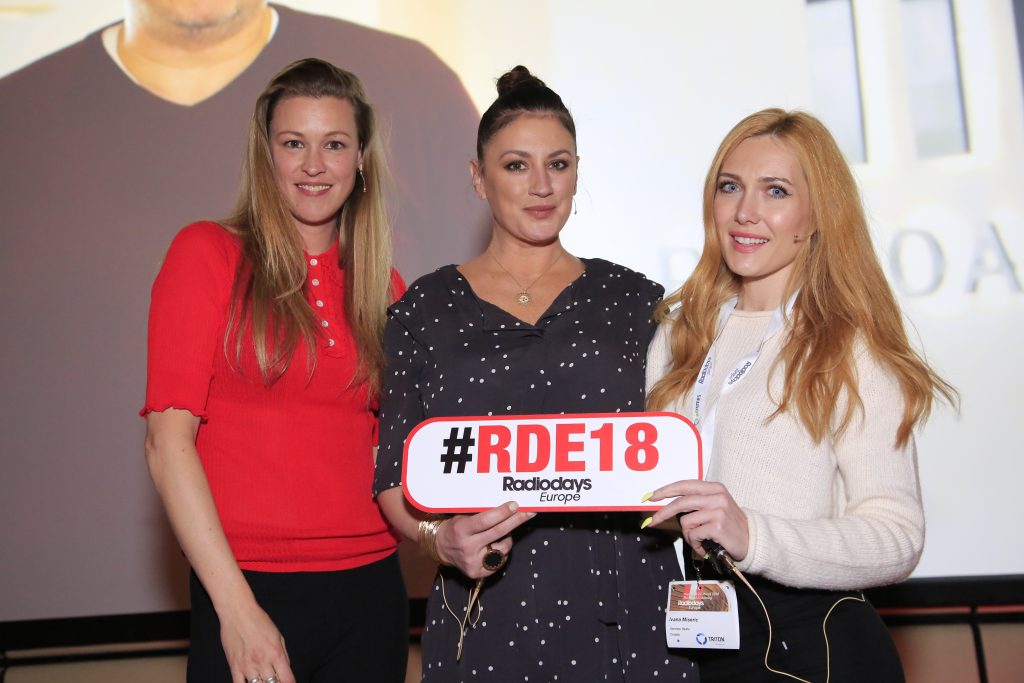 In this session, three radio – Angi Taylor (Kiss FM, US), Annemieke Schollaardt (NPO Radio 2, Netherlands) and Ivana Miseric (Otvoreni, Croatia) – hosts talked with talent coach Dennis Clark (US) about being an on-air personality, how the role of the radio host has developed over the years, and how they progressed in their careers.

In a radio industry that is still dominated by men, these women are breaking new ground and proving a ratings success.

Starting out can be difficult. Angi Taylor (Kiss FM, US) said that when she started, she had a goal to “present a morning show, present (her) own show and be the number one show in a city”. She strategised and networked to let people know where she wanted to go and what she wanted to do. Annemieke Schollaardt (NPO Radio 2, Netherlands) said that she wanted to be taken seriously as a music jock and kept to her goal wherever she could.

The panel discussed myths around radio and the panel voiced their complete lack of belief in statements such as “women don’t like listening to women.” When we are talking to women, they said, of course we need to sound, look and be like them.

They also talked about equal pay. It was admitted that in Croatia, the US and Holland, there is a problem with a lack of equal pay. They advocated “knowing your worth” via stats, facts and as much information as possible.

And the group commented on “Time’s Up” and “#Me Too”. They said that it created a relevant opportunity for women in media to have a voice, and as a broadcaster, to offer some honesty about their own experiences and discuss empowering solutions.

Angi Taylor said that her lack of female role models at the start of her career was a problem. And because of that, she tries hard to reach out to as many women as she possibly can. All speakers advocated for mentoring. Annemieke Schollaardt said that when she spots a girl coming up in the radio world, she does not hesitate to offer help.

We should all help where we can…