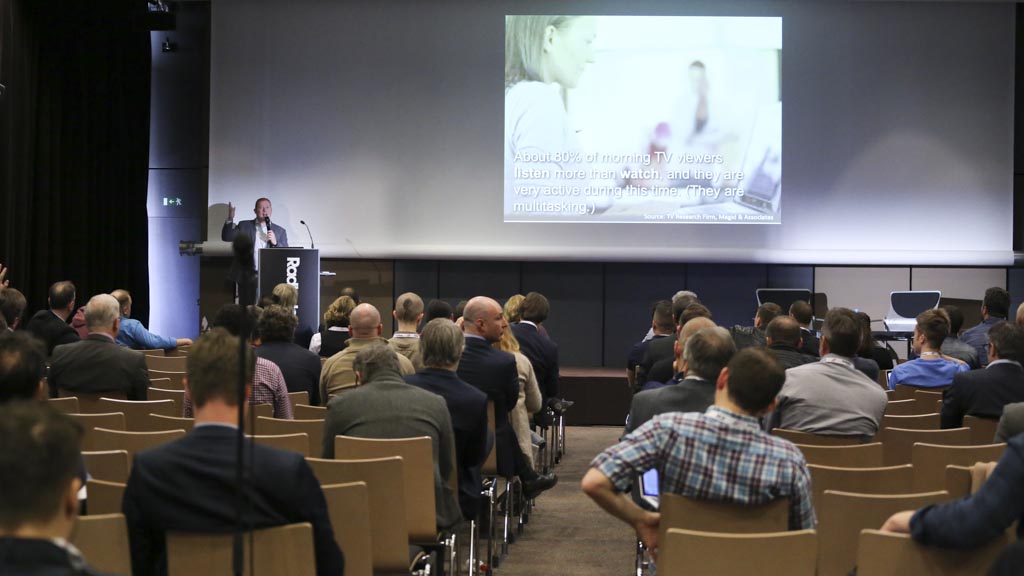 Daniel states that the morning is the most important time for a radio station ­ if a station wins your ‘first tune­ in’ of the day, invariably it wins the rest of your day. We see this theory highlighted across consumer retail, as Daniel shows TV ads ranging from motorbikes to jeans, all focused on the start of the day.

He explains that the morning offers a chance for a brand to align itself to a routine and, more importantly, an early start makes a consumer more responsive, engaged and motivated to make a purchase. Bringing this back to radio, he highlights how important it is for a show’s ‘brand’ to ally itself with  the routine of the day.

However, as people are now waking up to their mobile phones instead of  the traditional radio alarm clock, how do we get back into their morning? If listeners don’t start the day with your station, they won’t find it later on. 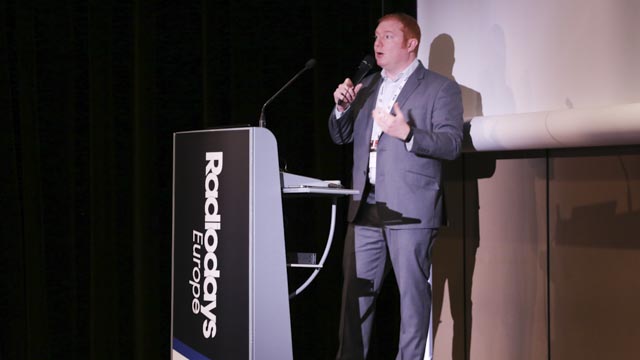 The way Futuri Media has tried to overcome this issue is by using a tailored radio phone­app that is perfectly suited to an adapting daily routine. It features a personalised alarm clock which plays a recorded message from a selected DJ, at a chosen time, and a song which segues into the live radio station.

Also, in a bid to collect listeners who have stopped turning on the traditional wireless, the app uses ‘push notifications’ to alert the listener to upcoming on­air competitions. This will appear on a phone’s locked screen, drive a listener to tune ­in to the station, and reward them with a possible shout­out just for switching on.

We see that as an audience changes its daily routine to suit what’s available, it is vital for a station to make itself relevant and accessible. We are no longer in a time when the radio­set was the first port­ of­ call in the morning, and if your brand isn’t where an audience is going, they’ll carry on moving in another direction.