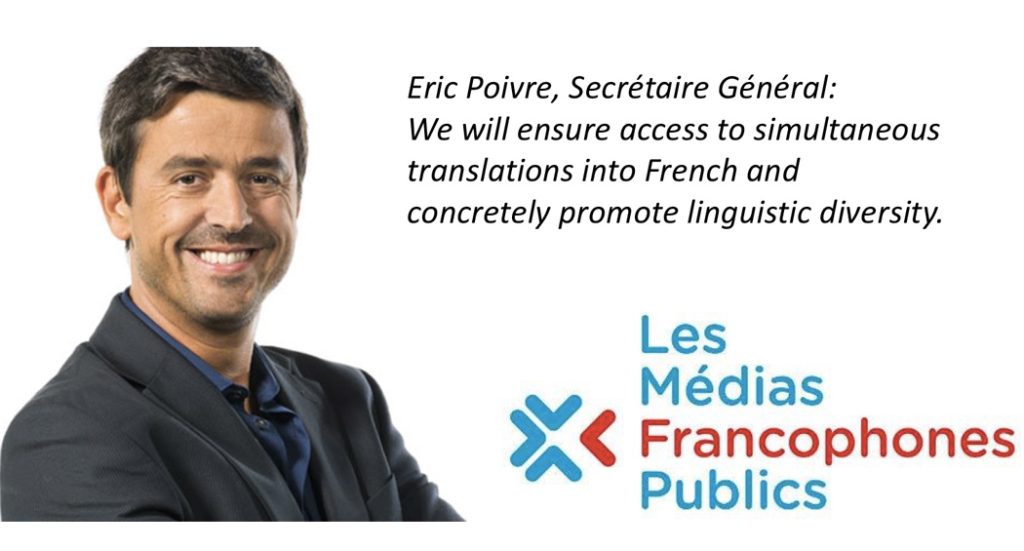 This year Radiodays Europe will be held in Paris, 13-15 March, 2016  and is in the unique position of being part of the society, culture and cuisine of France. To honor our French attendees all of the RDE sessions in all three tracks will be translated into French. Our partner “Les Médias Francophones Publics” (Les MFP) will make this possible.

Established in January 2016, Les MFPs are the product of a merger between two organisations who were tasked with working on greater collaboration between French-speaking radio and television stations respectively: les Radios Francophones Publiques (RFP) and the Communauté des Télévisions Francophones (CTF).

Les MFP, has, as it’s base, a rich past of more than fifty years’ cooperation. It has been designed by it’s co-founders as a forum for public French-speaking broadcasters, combining collaboration, production and monitoring activities. The association assumes the role of an intermediary when it comes to carrying out joint projects; it also asserts genuine creativity by initiating coproduction projects which are then submitted to its members.

Les MFP is supporting the translation of all RDE sessions into French and will be sending participants from it’s members member companies to share ideas, network and provide valuable experiences from the French speaking radio world.

Anders Held, Radiodays Europe, Project Manger, said, “Radiodays is pleased to announced the conferences full translation into French. We are committed to increasing the access to all sessions to those from French speaking countries. Radio reflects society and one way it does this is through the many languages spoken throughout the world. We hope that our colleagues in France are encouraged to join this, the largest event of it’s kind, the first time we have held RDE in a French speaking country”.

Eric Poivre, Les Médias Francophones Publics, Secrétaire Général, said, “It is most fortunate this major Radiodays event is being held in Paris at the same time that we are grouping several of our main French-speaking broadcasters toghether. Our support regarding the event is doubly justified so as to be present everywhere the future of our media is being discussed and to facilitate exchanges by ensuring access to simultaneous translations into French and concretely promote linguistic diversity”.

For full details and to register for Radiodays Europe go to the website: www.radiodayseurope.com