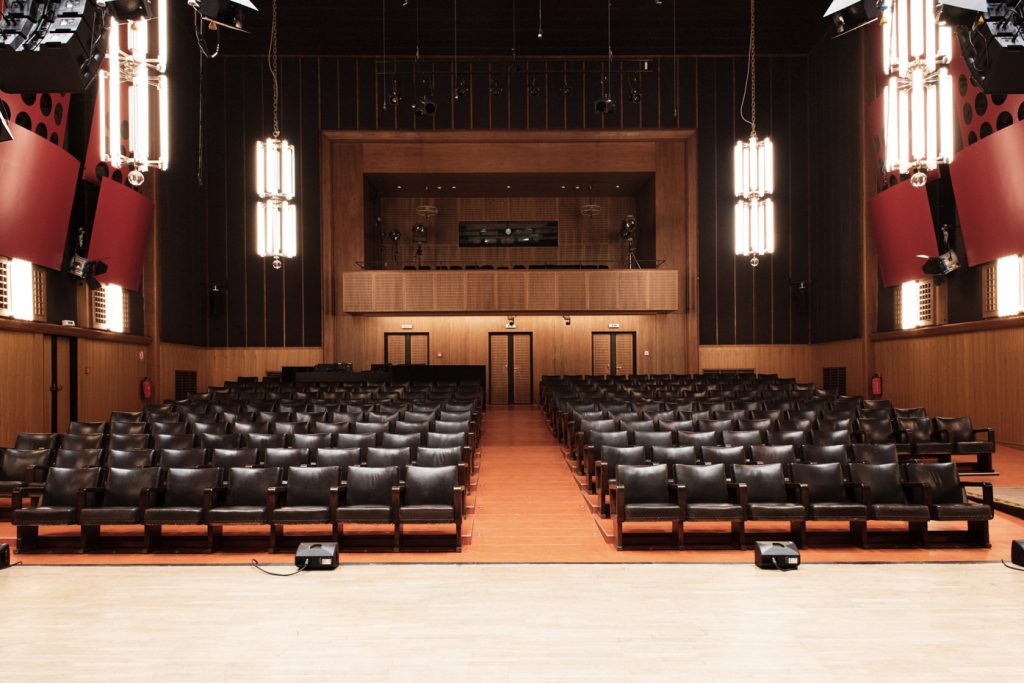 You might not be the first to arch your eyebrows when standing in front of the ORF Funkhaus. Having heard about its importance in Austrian radio history, its stunning architecture and special atmosphere, you came all the way to stand in front of this beige wall of concrete? Well, step inside.

The Funkhaus was designed by Clemens Holzmeister, a prominent Austrian architect and stage designer of the early 20th century. He collaborated with Max Reinhardt and created stages for the Salzburg Festival, Vienna State Opera and the Burgtheater.

Built during Austrofascism, the Funkhaus was completed when the Nazis took over and opened in 1939. Its rational and naked structure is about as timeless as modern architecture has ever gotten. Heralded as a great Fascist achievement, the Funkhaus was operated as the “Reichssender” during World War II. April 6th 1945 was the last time, it was broadcasting in this function. 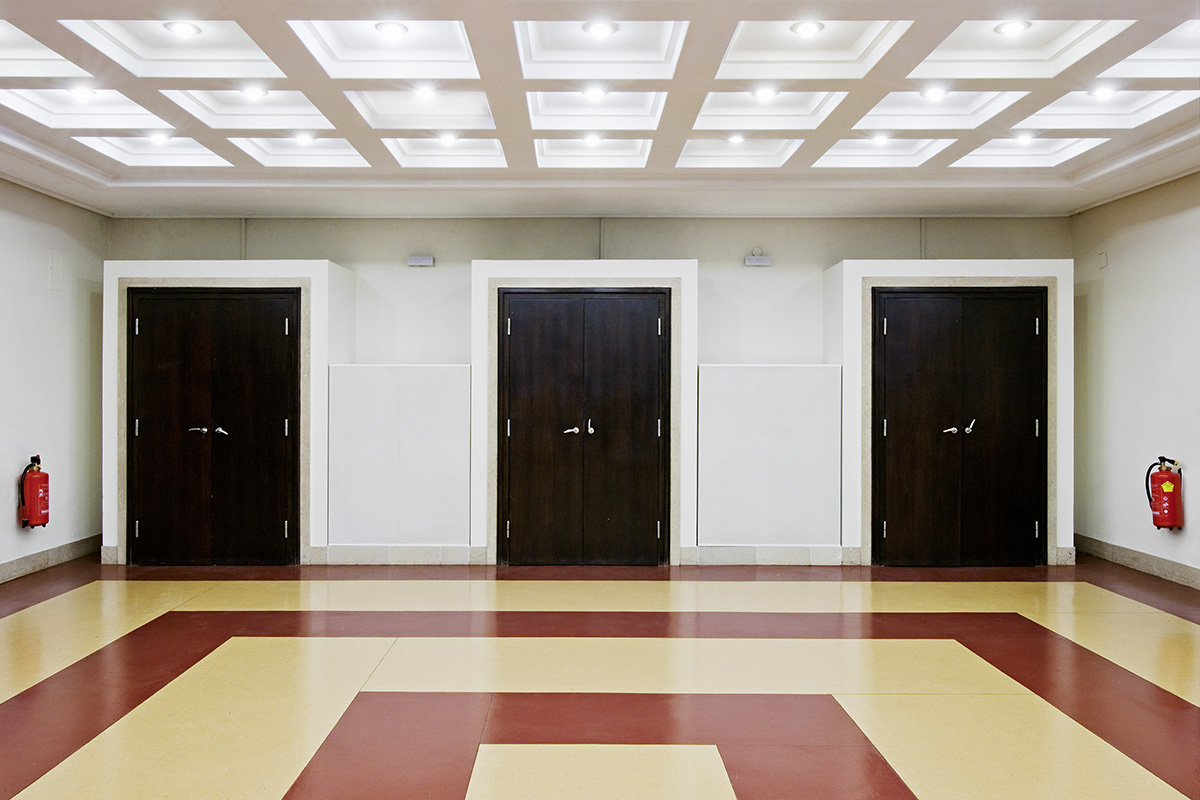 “The Funkhaus has a very open architecture with spacious areas and cubicles. All bigger studios are trapeze-shaped in order to provide an acoustic space as uncomfortable as possible for the sound.” Chances are high for you to bump into Rainer Rosenberg, a longtime radio journalist, when visiting the Funkhaus. “Back in the days everything was aired live. These days we still sometimes do so, especially concerts in the jewel of the Funkhaus, the so-called Grosser Sendesaal are broadcasted live.”

Nowadays the Funkhaus is operated by the Austria’s public broadcaster ORF and is home to three national radio channels. While Ö1 offers a broadly cultural programme for an artistically inclined audience, FM4 targets a young audience with alternative rock and electronic music and a high ratio of spoken word content, much of which is produced in English language. And finally, Radio Wien is Vienna’s regional radio. Furthermore, the Funkhaus is home to the ORF’s own symphonic orchestra. 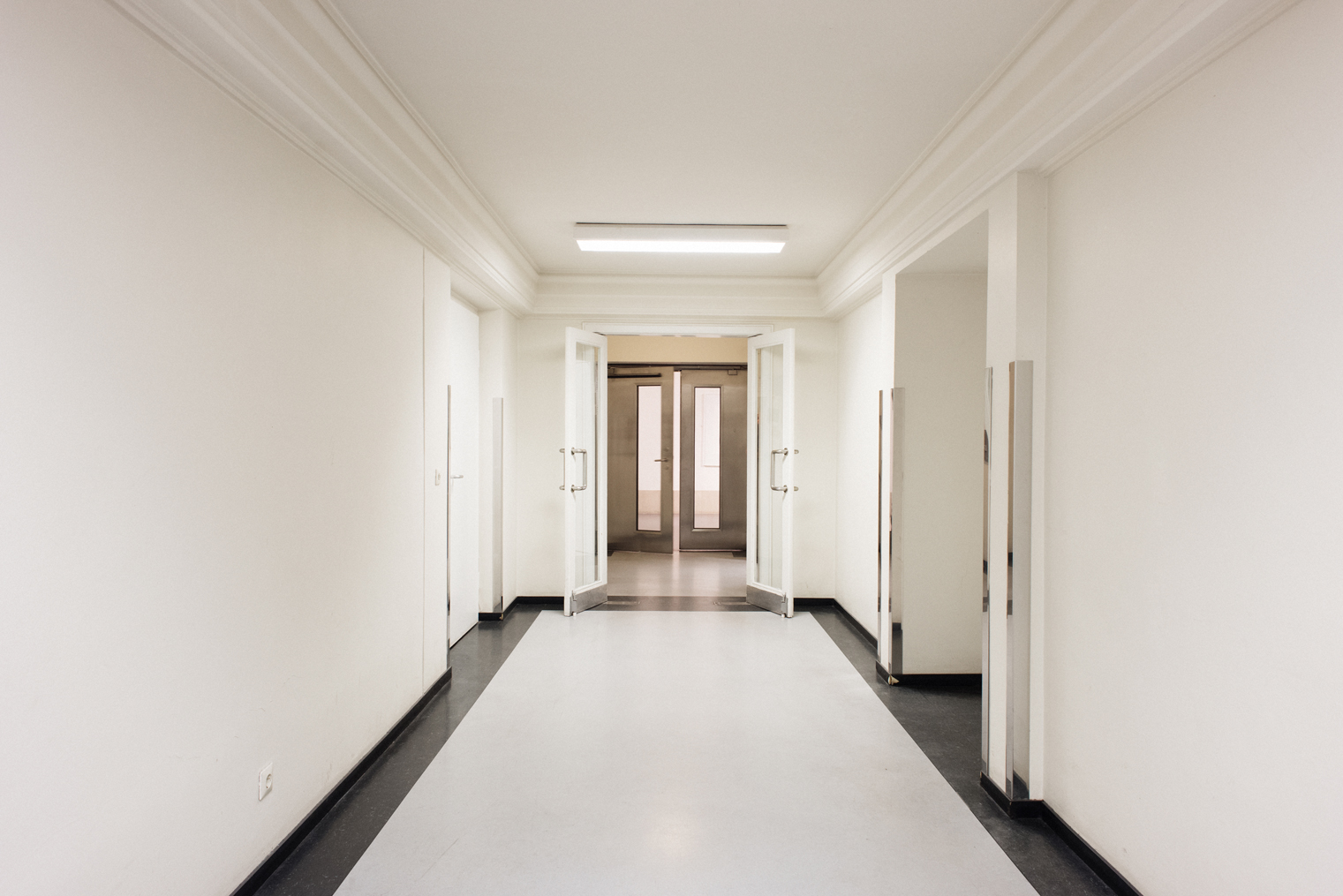 Located in Vienna’s 4th district, the Funkhaus – just like the area itself – is all about contrasts. Adjacent to the urbanly ‘Favoritenstrasse’, the Funkhaus is set in a quiet neighboured of embassies and elite schools. If you stroll towards metropolitan Karlsplatz and the Vienna State Opera, you can make the short detour to Schleifmühlgasse, one of Vienna’s art gallery and leisure areas. It is the embedding in this intellectual and artistic sphere that has made the Funkhaus an inseparable part of Vienna’s cultural identity.

However, the Funkhaus as a central location of radio journalism came under threat in the recent past. In 2015, the management of the ORF presented plans to bring together all of its units spread out over Vienna at the headquarter. These studios are located in a remote district of Vienna, overly residential and cut off from any urban flair. The management was planning organizational and editorial changes, introducing a crossmedia-approach with its journalists.

Rainer Rosenberg is one of many journalists and creative artists who would like to keep the Funkhaus as it is. “Its meaning and importance is about the immaterial value connected to the house – this is incalculable for businessmen. What’s the value of a facade, what’s the value of a location? And how can the value of meeting your colleagues in the corridors without being forced onto each other as in an open-space office be estimated?”

Journalists at the two radio stations most affected by these restructuring – Ö1 and FM4 – started to organise protests. Leaving their central location, where interview partners could literally drop by for an interview during their lunch break, seemed like risking a part of their identity. Ö1 in particular, has long been known for producing excellent, award winning content. A collectivization of editorial information-harvesting, seemed a potential threat to their distinguishing feature.

The radio staff’s protest was supported by numerous Austrian artists, writers, musicians, intellectuals and other sympathizers. Together they managed to put the managements plans on hold. But up until today it is not clear, what the future of this historical location including its radio stations and the orchestra will look like. Undeniably the ORF Funkhaus is a unique architectonic jewel providing space for quality journalism and being a cultural hotspot and meeting point in the vibrant heart of Vienna. And this site-specific mixture simply cannot be moved.