The future of the radio business business 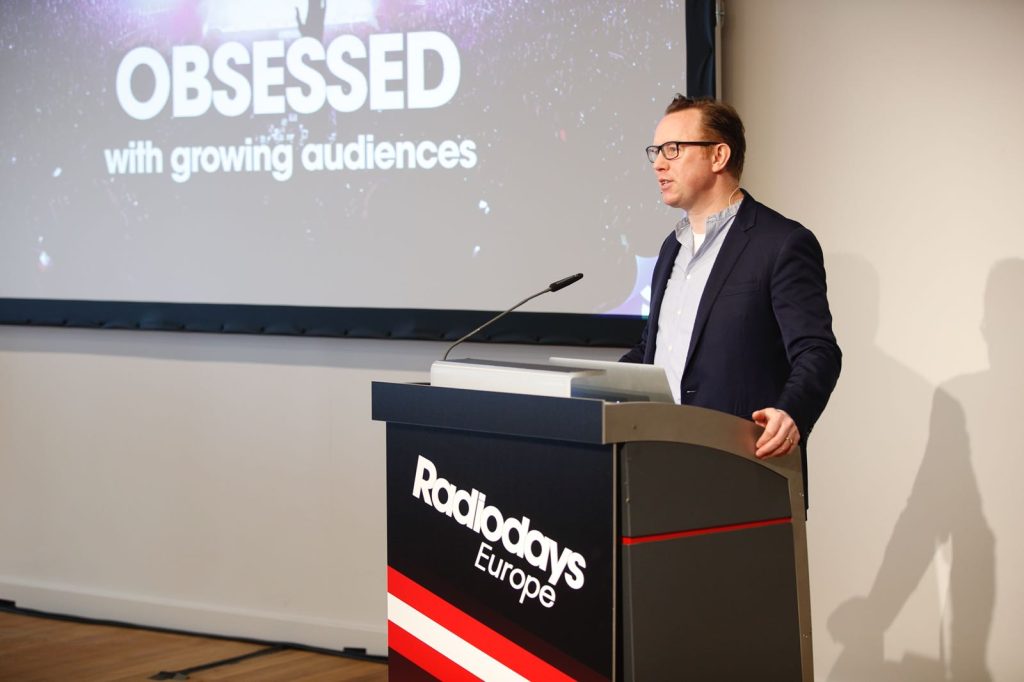 Stuart Mays, Director of Commercial Strategy for Global, the UK Media and Entertainment Group, outlined the steps which the UK’s number one commercial radio group has taken to expand its business.

He described how Global is split into four channels – broadcast, mobile, social and live – and looks to compete with all platforms that take up listeners’ time. Mays gave an overview of the Global brands, including Heart (which has grown from 3 million listeners in 2009, to 9.5 million this year) and Capital.

He discussed his focus on events, such as Capital’s Jingle Bell Ball, which started out as a risk for the business and now sells 35,000 tickets in 20 minutes.

Mays also gave attention to digital properties. He talked about Popbuzz, a socially-led arm of the business, which accesses an audience that other radio brands might not. He also discussed the ‘Global Player’ – a new product offering listen back, song-skipping and listening by mood stream alongside traditional radio listening.

Mays said that we need to “embrace the experience economy” – as 75% of millennials say they would spend money on experience over a product. He described how Global has involved festivals, branded live events and an event space in their business model in order to embrace this. And he talked about Global’s aim to involve advertisers in these audience experiences in a fully integrated way, at scale.

Mays also talked about Global’s investment in future talent, via the Global Academy – a school for 14 to 19 year olds. Students learn all kinds of media skills, from coding to TV and radio production.

Mays closed by giving us evidence that audio has never been more influential in media, technology and business. And he said that all we need to do is give a nod to our listeners and their lifestyles to push ourselves more in this area.

PrevPreviousDigital Strategies For Radio
NextThe future of the radio businessNext