The Guardian: The future of podcasting 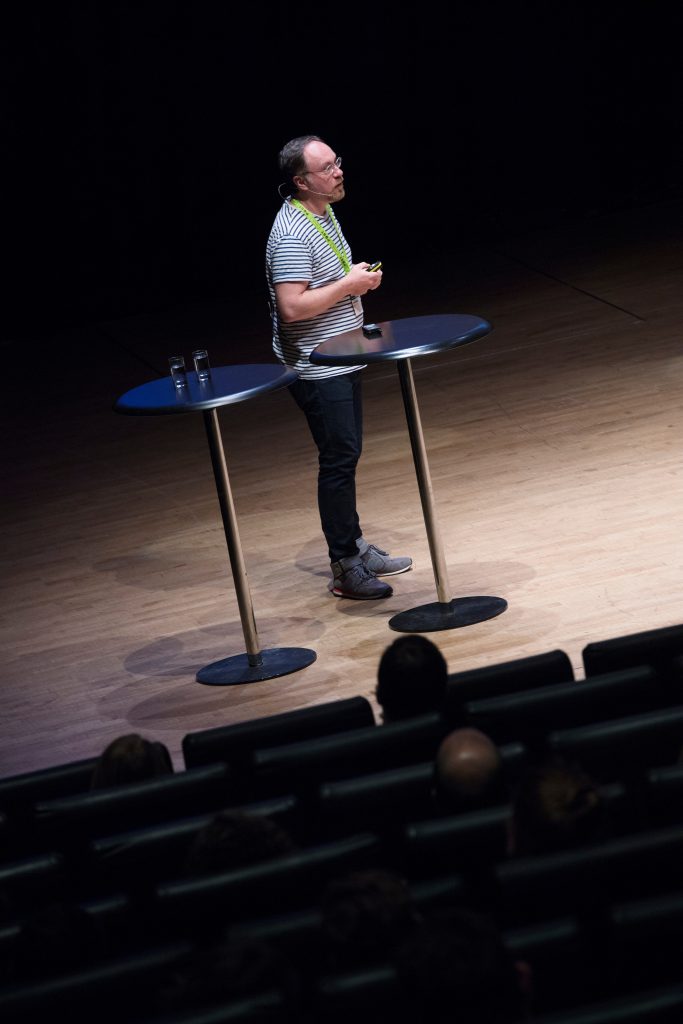 Podcasting is an incredible news story.

‘The Guardian has been there from the beginning of podcasting’

Emily Bell was the pioneer in The Guardian and hosted the first podcast hit with Ricky Gervais, it launched the first 12 shows in November 2005. These were record breaking podcasts it had irreverence, a strange geekiness, an intimate conversation of comedians, Ricky was a broadcaster who had to re-think how he broadcast.

The Guardian has created many podcasts, this has been a long and quite a difficult process due to listener numbers – measurement wasn’t clear about listeners. There are about six shows currently on-air, the market leader is Football Weekly. Radio in the past dumbed down and clever speech became something that wasn’t on air, shows such as Football Weekly really engaged with people with rich lives who wanted clever radio. ‘Podcasts dovetail perfectly and support live events’, Football Weekly now has live shows which bring in big audiences, they are growing and are engaged and passionate – 5.4m downloads and streams from older episodes, 1m downloads and streams on the Guardian site.

As a text legacy site the Guardian is still about text and discovery of audio is still difficult but this is the same for many sites. Fastest growing part of the audience is 24% of women (although 73% of the audience is male), however the Guardian are trying to improve their content for young women. They are also looking at underserved audiences and where they can innovate content to these people.

Key platforms include – Apple podcasts, Ad-injection, Spotify, Apps (Podcast catchers which account for 40% of traffic), Echo & Google home some huge integration especially in the future in cars. The Guardian is making money from podcasts. The user experience around audio is the next area of focus for many companies, which is great news.

The Guardian podcasts can extend and elaborate journalism, sex is great for podcasting. You don’t listen with your mum and dad or anyone else ‘Close Encounters’ is one podcast produced by The Guardian. The ‘Dan Savage’ podcast has really pushed other people to raise the bar when it comes to talking about sex. A podcast called ‘Token’ in Australia takes on overt racism, this is now being rolled out in the UK, Lea Green is black, Jewish and their identity discussions are changing the tide of how people talk about identity. ‘audio long reads’ is one of the most successful part of long form journalism, this is their third most successful podcast most months. Their ‘Election Daily’ really motivated the internal politics team along with being popular.

‘Podcasts are here to stay, it doesn’t need to be said now’. The car hasn’t arrived yet and everything will happen in the car in the next five years, this is the new space to watch.

PrevPreviousTurning your broadcast into on-demand success
NextFighting for ears: remaining independent in a world of corporate podcastsNext