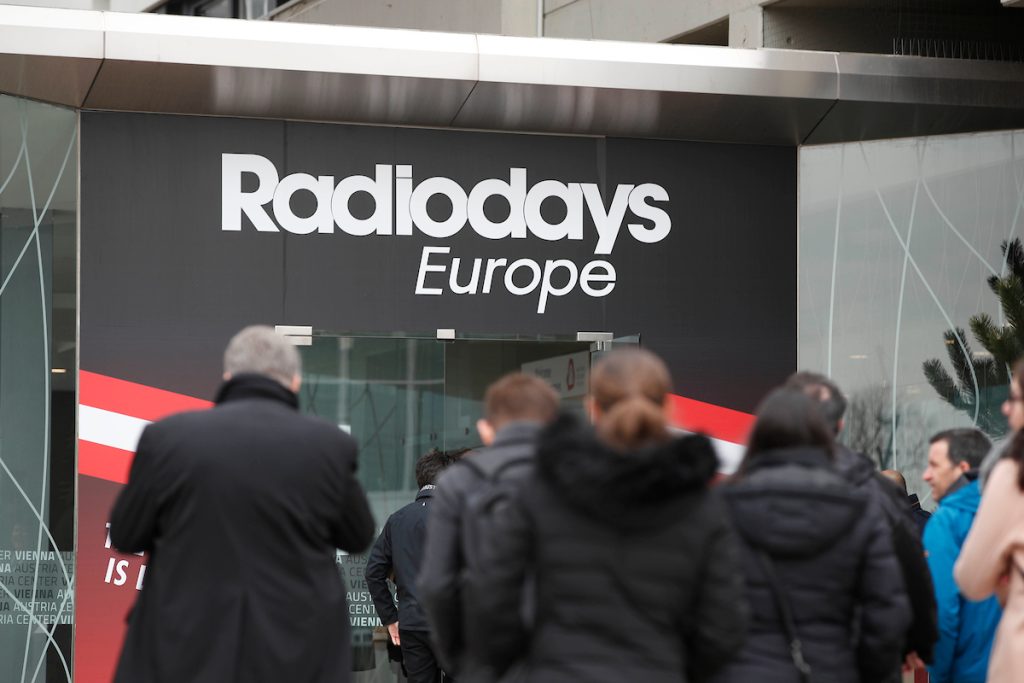 Radiodays Europe where ‘Sound Matters’ is all about content and what you will hear from the stage may change your life, your station, your programme, your content and much more. The preliminary Radiodays Europe Programme can be found here but here are some of the new sessions we have added today:

Where radio was king… or: radio in the car of the future – Morgan Jouber (UX evangelist, PSA, France), Martin Koch (Head of entertainment & multimedia development, Audi, Germany) Today, the car is one of the most prominent places to listen to the radio. Many say, the power of radio is rooted in the importance of in-car listening. But once your car is truly connected, we know there won’t be a “radio” button any more. Is radio threatened by its former best friend, the car? With an all-digital future ahead: Do car manufacturers actually care about radio stations? How can radio stations get constructively ready for the in-car of the future? And how do car manufacturers respond to the needs of the radio industry, and their consumers?

The art of the aircheck – Speakers TBC ‘Airchecks’ still lie at the heart of coaching many radio presenters, but how do you get the best from these sessions with your on-air talent? What are some of the techniques you can use, and how do you coach your hosts to deliver noticeable improvements? We’ve gathered some of the best talent coaches around to chat together in this interactive session. They’ll share their methods, and give away some practical tips you can use in your own airchecks. Plus we’ll hear from a range of PDs and Producers who’ll also join in the conversation.

Imaging: 1. BBC Radio 1’s Ibiza Anthem ​- Matt Fisher (Lead Producer Imaging & Programme, Station Sound for BBC Radio 1, 1Xtra, Radio 2, 6 Music & Asian Network, UK) – Truly blurring the lines between programming, promotion, marketing, music, and imaging, hear the unique story of “BBC Radio 1’s Ibiza Anthem” – a highly credible dance track created exclusively for the radio station, that went on to smash its way to Number 1 in the Shazam UK Dance chart. How can ‘imaging’ find new creative ways to connect a station with its listeners? In this case study, hear how they do it at BBC Radio 1!

2. Reimagining Finnish icons – YLE Radio Suomi – Petri Alanko (Audio Director, Radio, YLE, Finland) – Renewing the sonic appearance of an iconic radio station in Finland offered a branding and sound design challenge for the in-house team – a challenge of a lifetime, quite literally. Yle’s Head Of Sound opens up the reimagining process, mental imagery and the design choices made during the process.

Fostering an independent audio sector – Siobhán Kenny, (CEO Radiocentre, UK), John Purcell, (CEO KCLR 96FM & Chairman of the IBI, Ireland),  Jakob Munck (Founder & CEO of Munck Studios, Sweden) How many good programming ideas have been shot down by the phrase “We cant afford it”? New sources of funding are beginning to change this rhetoric. From Broadcasting Funding Schemes where a portion of Television Licence Fees is allocated to allow public service programming to be made by independent broadcasters to new and alternative funding sources  being uncovered by independent production companies, this session will explore the positive and negative impact of alternative funding sources on independent production companies, on radio stations and on the audience.

New revenue – exploring untapped markets – Siobhán Kenny (CEO Radiocentre, UK), Rob Timony (Audio XI, Ireland) Commercial radio has always worked on the basis that we eat what we kill. Increased competition and the growth in advertising opportunities have meant that radio has to be much more innovative when seeking revenues. In this session Siobhán Kenny, CEO of the Radiocentre in the UK will share her work in attracting new SMEs to radio advertising while Rob Timony from Audio XI in Ireland will discuss digital audio exchange which will provide advertisers with new and innovative ways to access previously fragmented audiences.