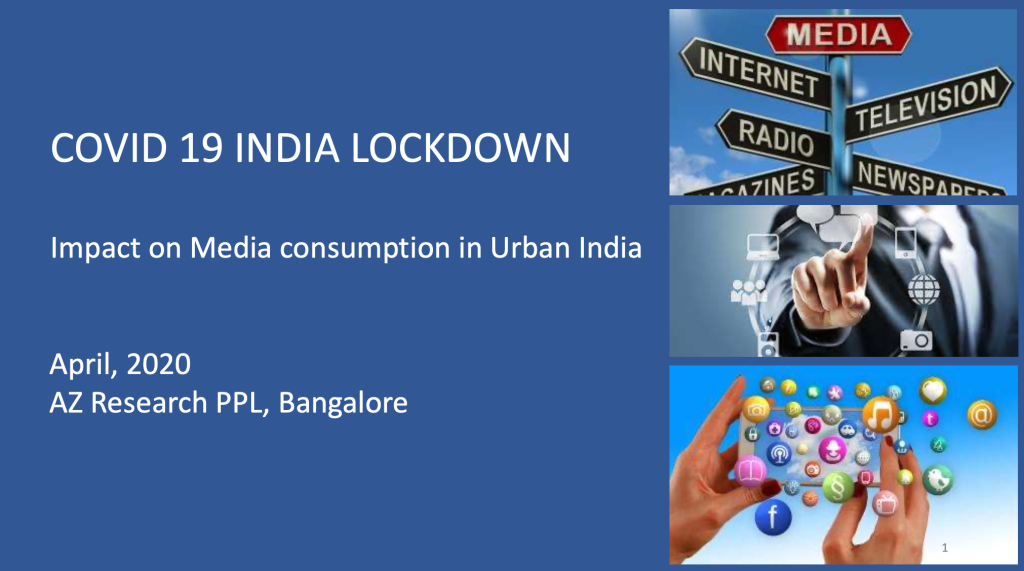 In a study commissioned by AROI in the top 6 metros, 82% of the population tuned into FM Radio for credible information during lockdown.  Time spent listening to radio increases to 2.36 hours everyday.

New Delhi 09 April 2020: Radio has always been a constant companion to everyone, both in good and tough times.
It is one medium that has a PAN India reach right from the grassroot level to the metros.

According to the latest research by AZ Research PPL across a sample size of 3300 people among 18+ UA population, 82% people have been tuning in to radio during COVID-19, with FM channels emerging as the second most credible source of information for the masses.
As per the research, radio has a credibility score of 6.27, second only to the internet which is at 6.44 and TV at 5.74. Infact, the radio industry witnesses a listenership of 51 million people, which is nearly as much as television’s reach of 56 million and social media’s reach of 57 million.

A few more noteworthy highlights of the research include radio’s at home listenership which has increased by 22% and has grown from 64% to 86%. The time that people spend listening to radio has increased by 23% to 2.36 hours everyday during the lockdown, second only to television.

According to Anuradha Prasad, President of the Association of Radio Operators for India (AROI), “It is very encouraging to note that Radio is evolving as one of the most preferred and most credible source of infotainment. We are now almost catching up on TV in terms of audience, the rise of 23 percent in total time spent per person on radio is phenomenal. We are grateful to all our listeners and look forward to help evolve this media into greater heights.”

Harshad Jain, CEO – Radio and Entertainment, HT Media Ltd and Next Mediaworks Ltd. said, “As the COVID-19 pandemic takes over the world, the role of entertainment mediums become all the more crucial. Radio being a critical medium has the dual responsibility of not only entertaining the listeners, but also ensuring that correct and genuine information reaches the country’s citizens. At a time like this, the power and effectiveness of our medium increases manifold. People are now tuning in to the radio sets more than ever for their daily entertainment needs and also to stay updated with credible information. With the entire country under lockdown, the listenership has shifted to in-home listening. The entire radio industry stands together in these tough times to successfully win the fight against coronavirus.”

Nisha Narayanan, Director & COO, Red FM and Magic FM, said, “Radio has been playing a much bigger role, it has been able to unite the linguistic and ethnic diversity and connect people from all backgrounds with its numerous arrays of frequency. Radio offers last mile connectivity and the latest findings have proved once again that it’s a powerful and trusted medium to deliver messages to the audience. We would like to thank all our listeners who have supported us and believed in the power of radio.”