Pitch session: Use your tech in new ways 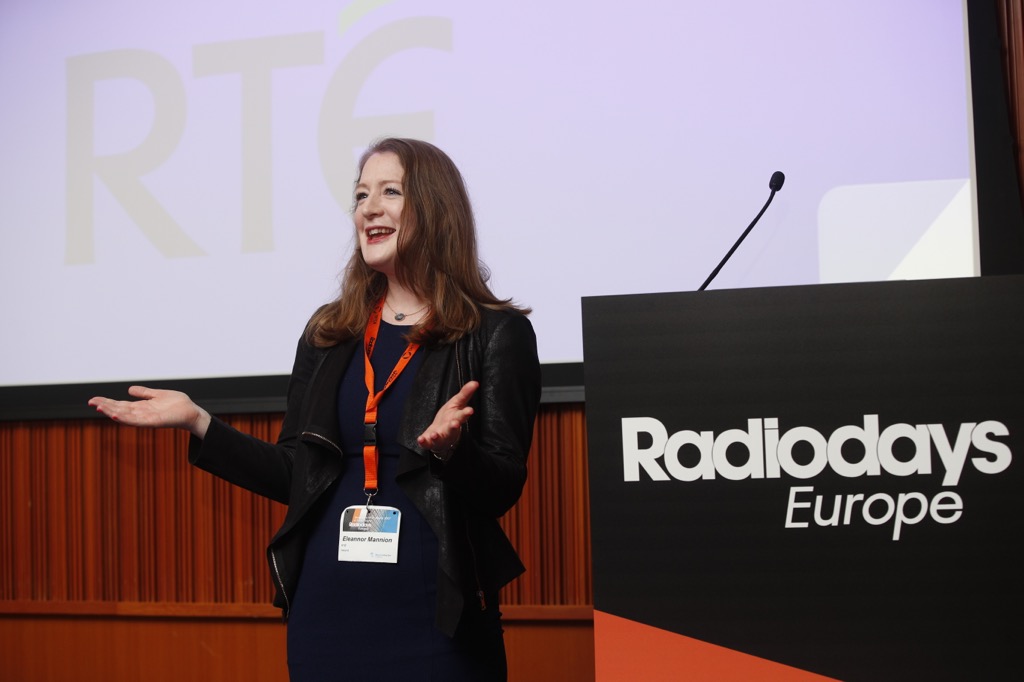 Mobile Journalist Mannion starts us off, demonstrating how we can tell stories using social media and mobile devices…

Delegates see how she has made a documentary called ‘The Collectors’, which aired nationally across the RTE network. Eleanor is pushing boundaries by being devised, scripted, recorded, edited and published, solely on a mobile device. The takeaway here seems to be that the key way to get content to an modern audience is to go where they are. ‘Fish where the fish swim’.

The team at Swedish Radio are second to provide inspiration…

Lars Hedh and Jimmie Scheweniu are helping to make outside broadcasts more exciting. Tired of the huge drain on resources traditional OB’s require, Swedish Radio have teamed up with a number of contributors to design the ‘Next Generation Project’. This ditches all traditional ideas of broadcast trucks, and heavy mixing desks and allows a user to run a show from any location.

Christian Schalt, Kronehit, Austria, takes inspiration from the success of Spotify and Pandora…

Music Streaming doesn’t have DJ’s getting in the way, it doesn’t have many audio drop outs, and it lets you skip tracks. Instead of fighting the streaming wave, Christian Schalt is riding the curve. He highlights how Austria’s biggest commercial radio station, Kronehit, has developed an app aiming to use the advantages streaming has over linear broadcast. The app ‘Skip FM’, breaks down radio into sections, allowing a user to skim through what isn’t interesting, or even to skip it altogether. This also allows the show’s presenters to record app-specific video content, that plays during breaks to give an extra incentive of entertainment. The app allows a user to get more of the songs they want, have more content that interests them, and can even let them listen on a plane – which only gives a listener more reasons to pick the station.

Finally, we hear from Filippo Solibello, the host of the morning show on RAI Radio 2 in Italy…

He’s hoping that technology will help radio ‘cross the digital revolution’. As a lover of freedom, he believes that studios are an unhealthy, energy-sapping box. He likes to get out amongst his listeners, and broadcast from all over the world. We hear examples of how, by simply plugging his mic into a laptop and getting online, he can broadcast from anywhere, with the same quality as the studio – only you can hear he has a lot more passion and energy out of it!

‘Leave the box, don’t be a slave to the studio!’ – fighting talk from @FSolibello who hosted his show live from his hotel today! #RDE17 pic.twitter.com/aSU8jZwh8h

Three BIG ideas to make sure your use of tech isn’t boring: 1) Make device-specific content, think about how your audience is watching and go to where they are. 2) If you stream-line the use of technology in-studio, you can let presenters and producers focus on the really important thing – the content. 3) By riding the ‘streaming-wave’, and taking inspiration from the advantages of Spotify and Pandora, we can tailor-tech to make a radio show customisable for each listener – giving them more reasons to tune-in. . . . . . . . . . . #Radio #RDE17 #comedy #tech #ideas #passion #mojo #audience #ILOVERADIO #Holland #Netherlands