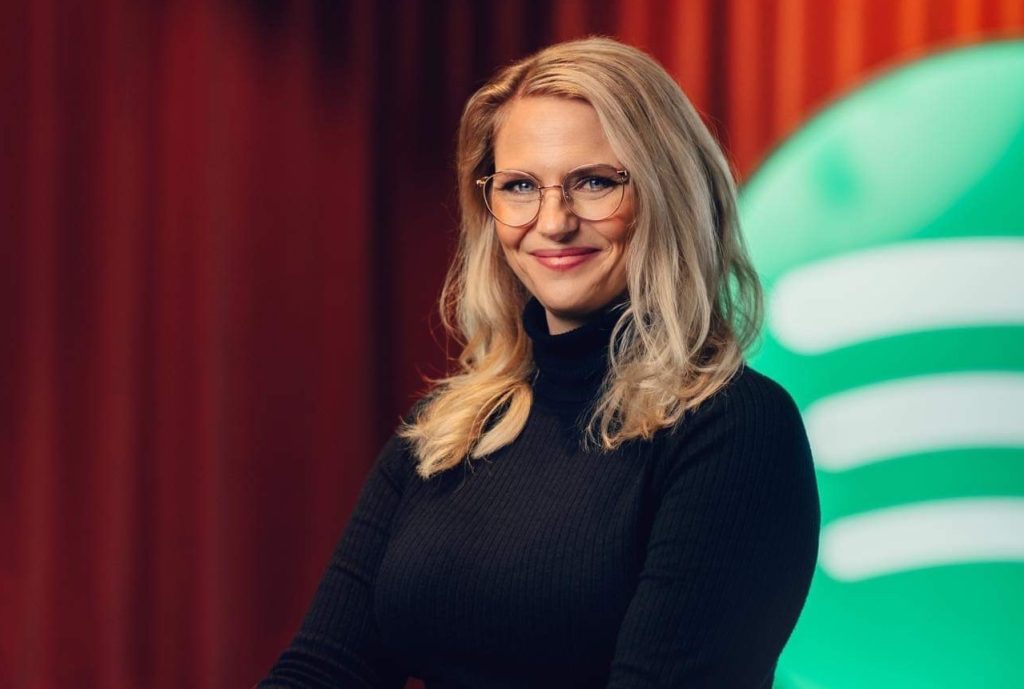 Find out how the audience of De Fria joined this immersive listening experience!

This ambitious high-end production was created to push the boundaries of audio storytelling, and challenge the perception of what a podcast is. De Fria was recorded on location, with the cast wearing head mics acting out their parts in costume. Award-winning film & tv director Peter Grönlund, making his debut in audio production, and a cast of Sweden’s star-studded actor talent added credibility and excitement to the project. To create an immersive listening experience the recording was made in spatial audio/8D, allowing the audience to enter the world of De Fria by just closing their eyes. De Fria was published weekly, in eight episodes.

Join Karin Bäckmark, Head of Podcast Spotify Nordics and Jakob Munck, CEO and founder of Munck Studios in a conversation about scripted audio, spatial audio, the freedom of not having to show the story, and what’s next in audio storytelling.

As Nordic Podcast Lead, Karin Bäckmark plays an important role in bringing Spotify from a music streaming service to a platform that embraces all kinds of audio. Since Karin joined Spotify, the company has leveled up its Nordic efforts, accelerated the launch of Spotify Originals and cemented Spotify’s leader position in the region. Most recently, Karin Bäckmark and her team launched De Fria – a celebrated audio-drama in 8D. Prior to joining Spotify, Karin Bäckmark was an executive producer and developer in the television industry, most recently she was Head of Content at Titan Television.

Also speaking in this session is Jakob Munck founder and CEO of Munck Studios with production offices in Stockholm, Gothenburg, Oslo, Copenhagen, Berlin and Amsterdam. Munck Studios was founded 2006 and has won several awards nationally and internationally. Munck produces podcasts, radio programs and tv shows in over 10 languages for clients like SR, UR, DR, Spotify, NRK, Audible, Deezer & Ikea.

PrevPreviousTickets available for the ARIAS!
NextThe expert on format, Sean Ross, Editor of Ross on Radio talks trends at Radiodays Europe 2022Next