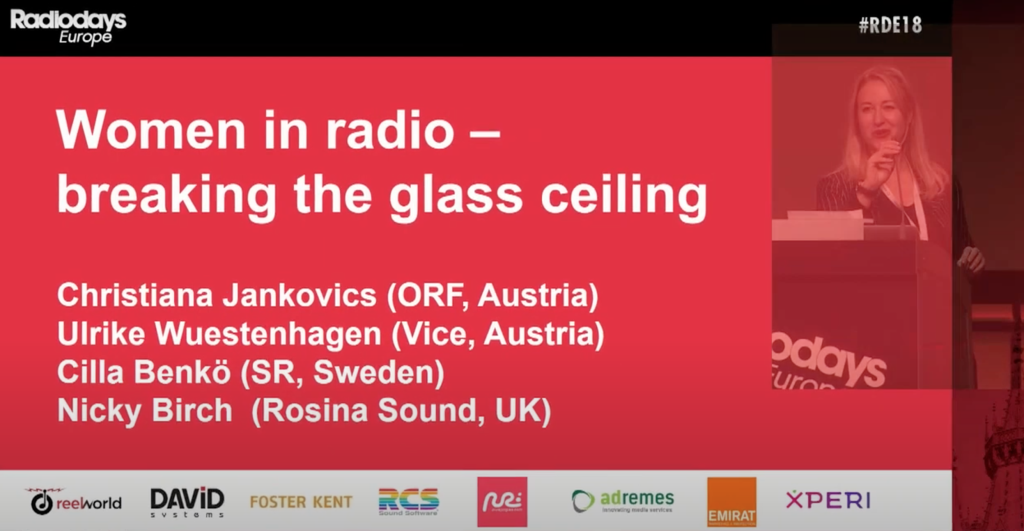 This week we bring you Women in Radio: Breaking the glass ceiling.

Born in Stockholm, grown up in Sweden, South Africa, Nigeria, Mexico and Austria. Law studies at Vienna University, at the same time freelance journalist and in 1982 Ulrike Wüstenhagen started working with the UN Information Services. She has joined ORF in 1985 and has started her career with setting up and leading the Public Relations office for ORF Radio. Following the positions as Assistant to the ORF Radio Director and as Head of Ö1 Programme Coordination she has been Head of the Department for Administration of ORF Radio since 2010, which includes responsibility for HR for all national ORF Radio channels as well as for the ORF Radio Symphony Orchestra Vienna.

Ulrike Wüstenhagen is vice chair of the ORF Equal Opportunity Commission, founding member of the Task Force of the ORF Women Platform and she has been one of the initiators of the internal ORF Mentoring Programme.

Cilla Benkö has been working for Swedish Radio for more than 20 years, 12 of which at the news department. She started as a sportsreporter, but later became Head of the business news group and the news group.

Nicky Birch is an award winning creative producer working in audio and technology. Nicky has been making radio and audio content for 17 years across all BBC networks through the UK independent sector.   Nicky runs her own audio innovation company, Rosina Sound, working on binaural audio games, training, podcasting and future audio consultancy.  She is currently creating voice-first prototypes for the BBC.

*All biographies correct in 2018 some may have moved up and broken even more glass ceilings!