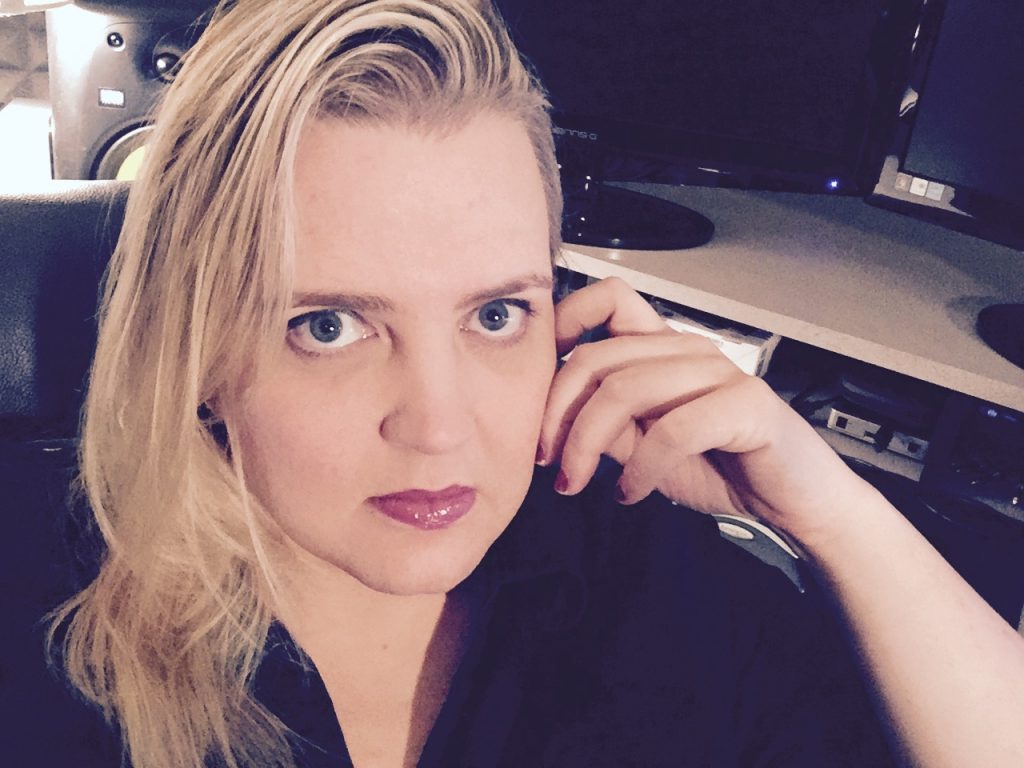 The doyenne of radio voiceover and imaging, Kelly Doherty has had a seriously impressive career to date. Known as Kelly Kelly Kelly or K3, she was born in Los Angeles but cut her teeth in hosting, VO and imaging work in Tucson, Minneapolis and Miami. After 10 years away from her hometown, she headed back to LA and among her plaudits are the fact that she went on to become the national voice of iHeartMedia CHR radio stations and the Imaging Director at KIIS FM, before hitting the heady heights of Vice President of Imaging at iHeartMedia.

With one of the most recognisable voices in the industry, her witty, sarcastic tone has led to her voicing stations across the world, including in London, Dubai, Lebanon, Sydney, Sri Lanka, Malta, Toronto, Calgary and South Africa. She’s also the longest-running female voice at KIIS FM, Z100/New York, WKSC/Chicago, x929/Calgary and WWWQ/Atlanta, among others.

With a cume of over 100 million as the former voice of Ryan Seacrest’s syndicated shows for 13 years, Kelly broke many glass ceilings for women in radio and voiceover. She continues to help others in her field thanks to her latest venture, The Imaging House. Combining talent from around the world, she has established a free creative community full of helpful audio, tips, imaging libraries, VO talent, coaching, back-in-the-day imaging and 30+ rooms.

She wants her current project to be “a home base for the creative ones”, saying: “Creative people are a whole different species. Our brains are wired differently. ‘Hurry up and be creative’ is a phrase that doesn’t work well with us. We are our own worst enemy. But when we thrive, we change the world. I wanted to create a place where those creative souls feel inspired… energized… and needed. A home base for the creative mind.”

When asked her future goals, Kelly revealed: “To be a voice for the creative community. To be the voice in their head helping them along the way and giving positive reinforcement. To be the voice for producers looking for inspiration. To be the voice for someone who needs help, which is what I try to do on The Imaging House.” How lucky the industry is that someone of her experience is now happy to impart her considerable knowledge and expertise.

FUN FACT: The moniker Kelly Kelly Kelly comes from an episode of the US sitcom Cheers where Woody’s present to Kelly is The Kelly Song