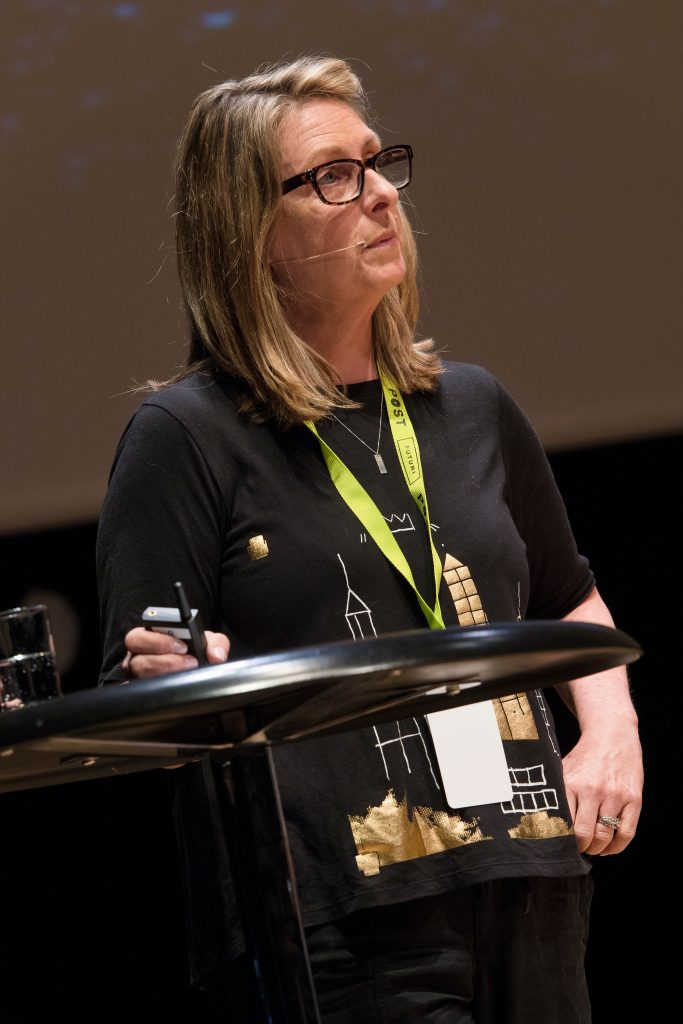 At CBC it’s all about the audience – how do we grow, how do we attract young people, engage new and old listeners. With podcasting we are reaching audiences in new ways. For every show in TV you would brand a show so Leslie Merklinger brought this to CBC, branding their shows.

The key goals at the beginning new and younger audiences, filling programming gaps, there are things you just can’t cover on the radio and bringing something bold and new was difficult. Sponsorships were also possible on podcasts!

At the start two people in the department decided they wanted a crime serial, hosted and produced by a filmmaker and journalist. Each season focuses on a cold case ‘Someone knows something’. CBC didn’t want to be considered a poor cousin to ‘Serial’, there were only 5 people working on SKS, 24m downloads, on the best of lists and audience engagement was fantastic. Fans sent in tips and clues and they helped moved the investigation forward. There was a petition to have season 3 to be released faster. SKS has mini seasons to keep the brand in front of people and to keep audiences engaged and before the launch of season 3 in autumn. There are also conversations on other spin offs, this is exciting that podcasts are creating ideas within more traditional media – ‘you can’t develop from fear… it’s not so daunting in the podcast world as it’s not so expensive’.

‘Innovation is crucial to survival’ podcasts are an innovation hub for talent and producers, collaboration between traditional radio services and content and then podcasts. There are different audiences for radio and podcast so they are not competing. Podcasts have created opportunities to play with new ways of using sound and formats.

The space for podcast is unlimited which opened up the ability to put more content in front of the audiences. ‘The Fridge Light’ is a new podcast coming to CBC on food with Chris Neville-Smith a food critic, he has a deep and passionate love of a subject which is perfect for podcasting. Other podcasts coming include; ‘Alone’ is a love story, which is based on a memoir, ‘Sleepover’, is based on reality TV, three strangers come together with various problems they solve ‘When strangers collide incredible things happen’. Each sleepover spawns three episodes so the advertising is focused on ‘binge release’ a new innovation.

Building audiences is key to success but finding and downloading podcasts can be difficult for some people so they are looking at news ways to do this. CBC is also looking for new content and they look all over the world for English speaking content. They also create communities to try and build new audiences. CBC has found that their main listening is in the morning, 62% of the audience don’t mind adverts, since April 2016-2017 145m downloads combined. ‘Innovating on how we reach the audience is where we are focused’.