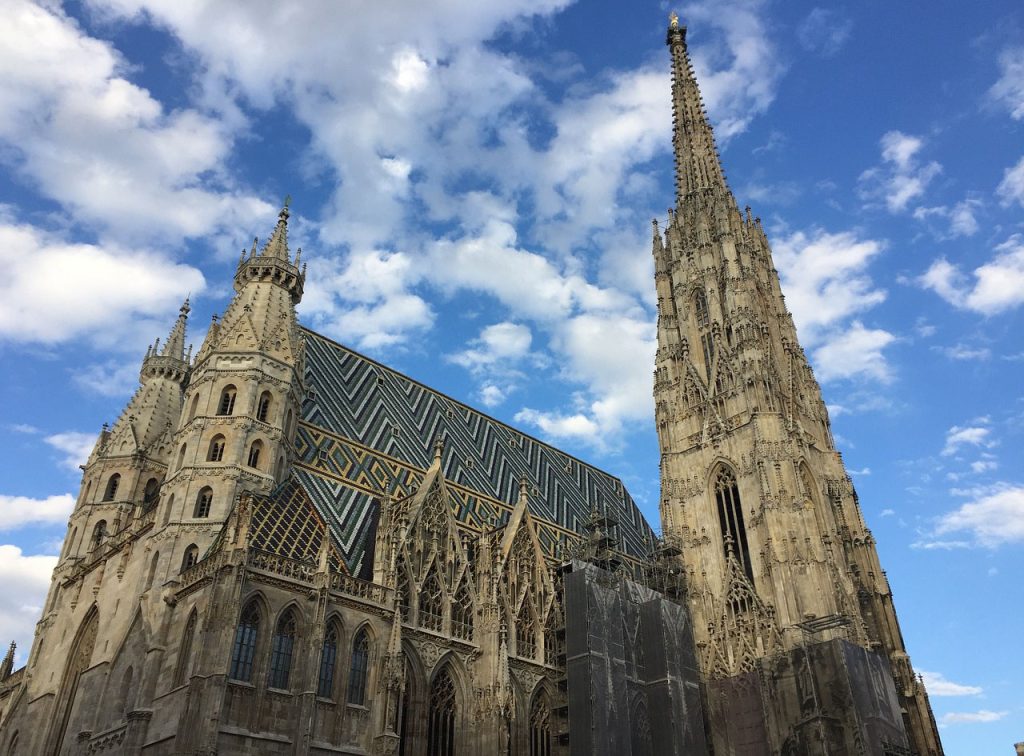 There are more than 44.000 radio stations in the world, 100 of them in Austria. It’s hard to pick one, so we settled for three.

According to the statistics, in the second half of 2017, 71% of the people in Austria listened to public radio programmes against private ones. In Austria, private radio was forbidden for longer than in most other countries. The first private station went on air only in 1995.

I picked three interesting radio stations broadcasting from Vienna. It is worth it to listen to all of them during your stay, even if you do not understand German. 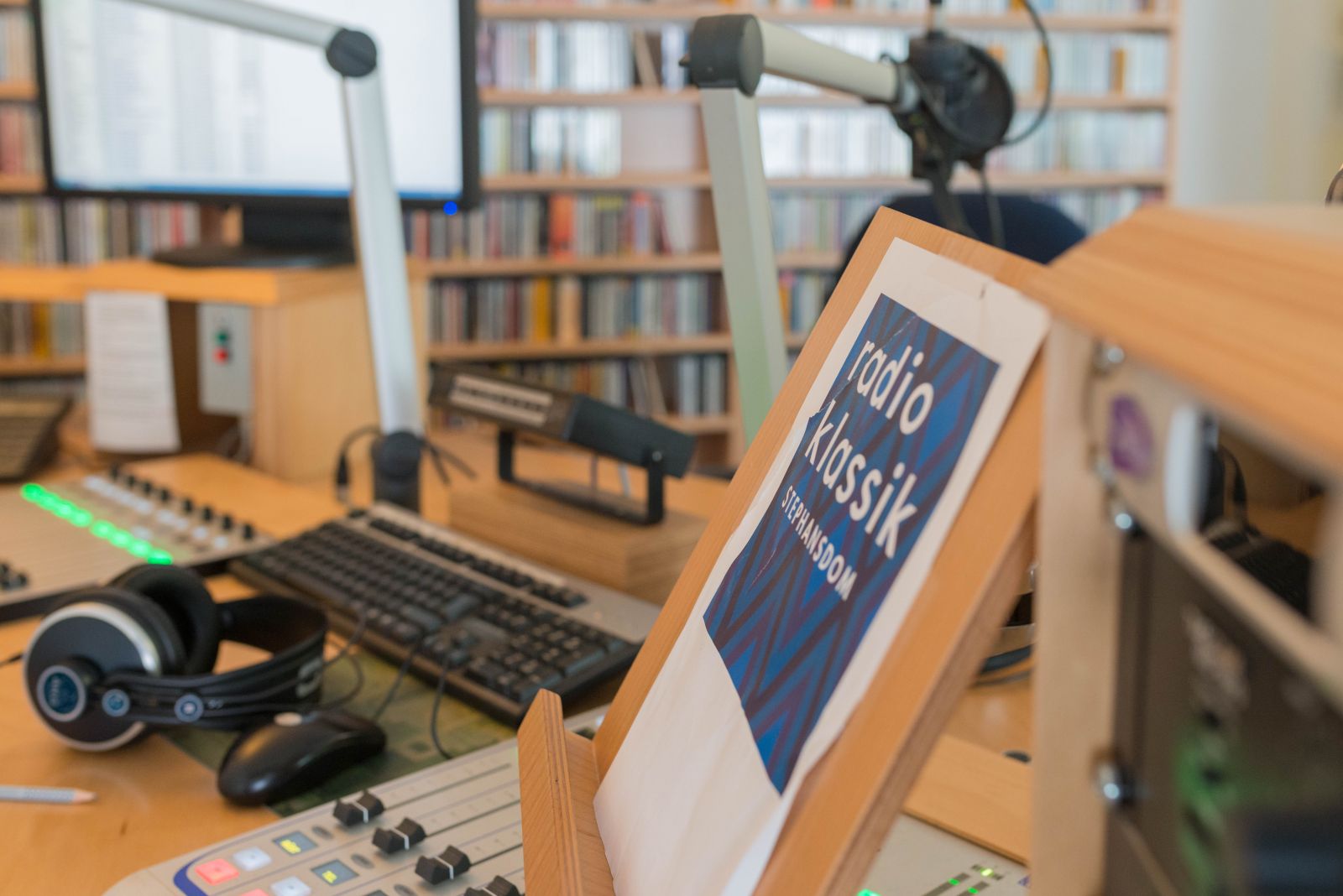 In 1998, Viennese archbishop Christoph Kardinal Schönborn decided to create a radio station, belonging to the Catholic Church. Radio Klassik Stephansdom still belongs to the archdiocese of Vienna and combines classic music with spiritual content. “A program for classic music was needed, as there was no radio airing that kind of music and Vienna is still a capital for classical music”, says Christoph Wellner, CEO of Radio Klassik Stephansdom. Since 2016, he is publishing a printed magazine called “KLASSIK” four times per year. “Even with little budget, we reach our target group very well”, explains Mr. Wellner.

24 hours per day you can listen to operas, old classical music like Bach, Mozart or Monteverdi and to philharmonic orchestras or ensembles of the present. So try it out and relive centuries of classical music. 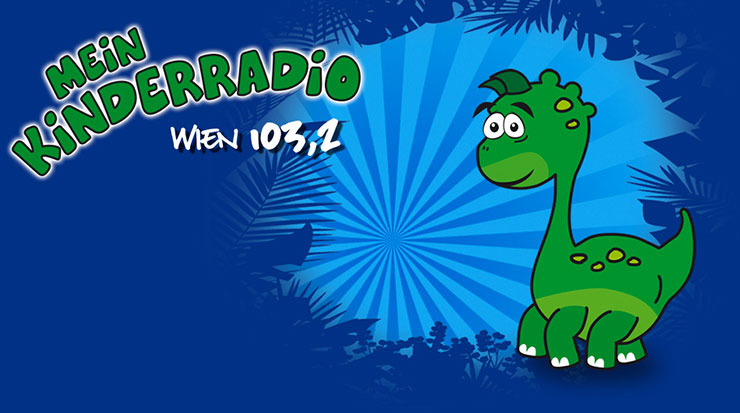 Mein Kinderradio, translated “my children radio”, was founded in 2011 thanks to a project of four students at the Martin-Luther University in Halle/Wittenberg (Germany). It is the first Austrian radio that is created only for children between two and ten plus their parents or people who spend the day with kids. It does not broadcast classic advertisements in order to protect the children tuning in. According to investigations of “der Standard” and “Horizont”, two Austrian newspapers, “Mein Kinderradio” receives its money from sponsors and donations. As stated by KommAustria, the regulatory authority, about 75 percent of the program is music. “Mein Kinderradio” only includes special self-made advertisements, which are better for its young audience. It offers games for children on its online platform.

Radino the dinosaur talks daily on the Kinderradio and has a voice that is completely computer generated. The radio station even offers his voice to companies for their telephone systems.

The daily program consists of audio books, stories to wake up to, stories to go to sleep, ideas what to eat for lunch, short stories and of course many nursery rhymes. From 8pm to 6am there is only relaxing music for parents. 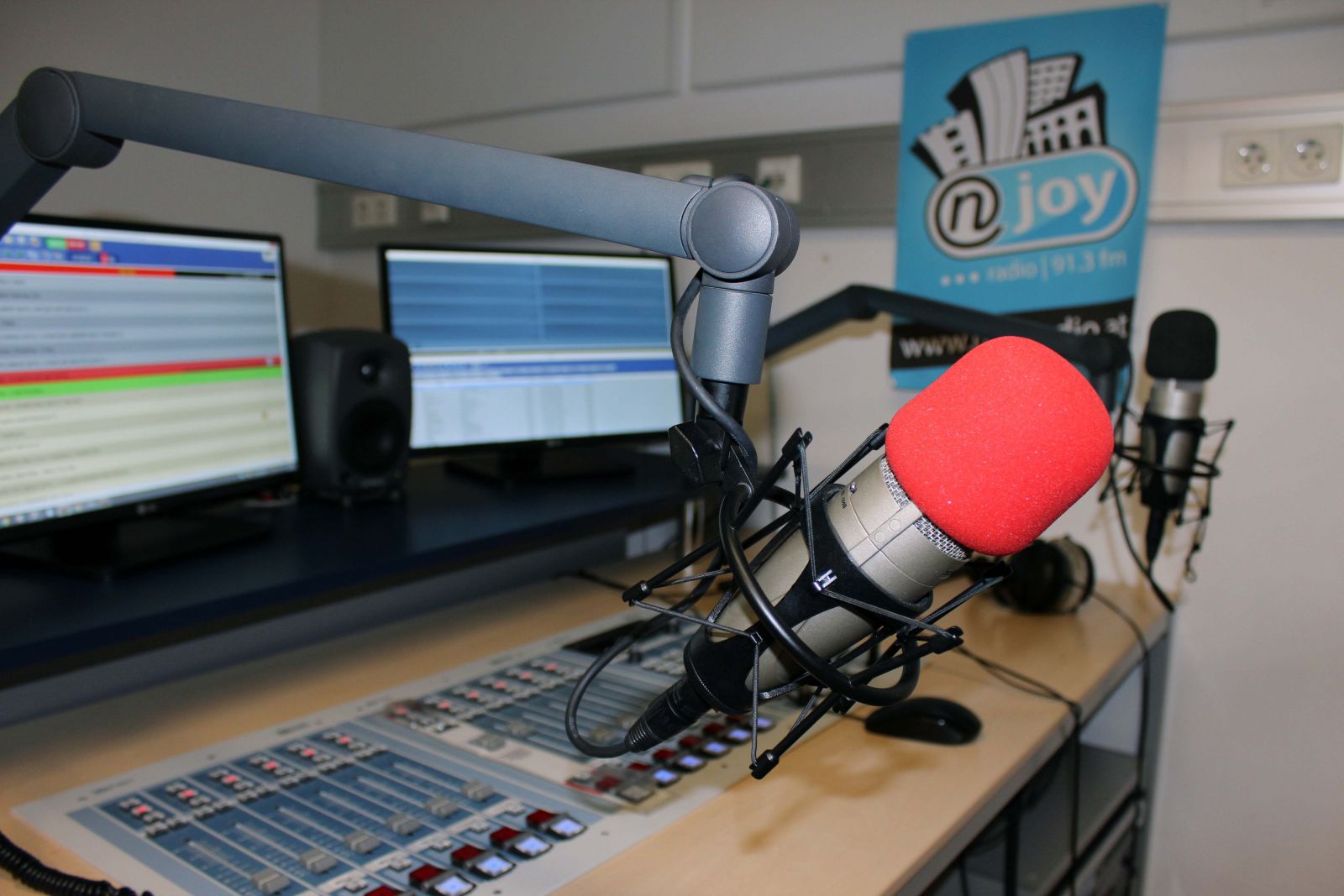 Radio Njoy is the only campus radio on FM in Vienna. It is aimed at students at the University of Applied Sciences for Management & Communication in Vienna, offering them first experiences in radio journalism. During class, students learn how a radio station works and how to create a radio feature from the beginning to the end. They learn how to research radio topics, how to interview experts and how to make the final cuts. For specialization courses, the university invites guest lecturers from popular local radio stations.

During their free time, students broadcast their own radio programs weekly. The topics are various and reach from culture, media talk and urban content to science, lifestyle and art. Karina Schwann, founder of Radio Njoy, says: “I like radio journalism in all its diversity, the immediacy of the medium and the value of attention which only becomes aware by listening!”

So, if you are checking out the Viennese waves between the debates at the “Radiodays Europe”, be sure to give these stations a try.