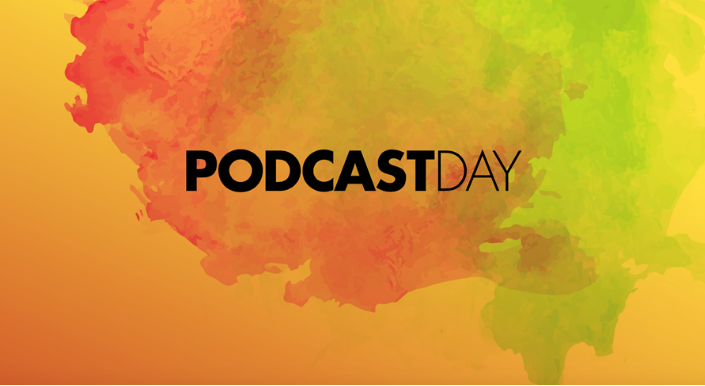 Radiodays Europe PODCAST DAY news… catch up with what’s happening on the PODCAST side of things!

We have announced that…

Nigel Poor, Earlonne Woods, and Julie Shapiro––the team behind Ear Hustle–– will be joining us in London 2020 for Radiodays Europe Podcast Day.

Nigel Poor is the co-host and co-creator of Ear Hustle. Poor is a visual artist who explores the various ways people make a mark and leave behind evidence of their existence. Poor’s work has been exhibited nationally and internationally.

Earlonne Woods is the co-host and co-creator of Ear Hustle. Woods co-hosted Ear Hustle from inside prison until this year; now, post-incarceration, he co-hosts from outside San Quentin.

Julie Shapiro is the executive producer of Radiotopia from PRX, which includes a number of story-driven podcasts. Shapiro is also the Executive Producer of Ear Hustle. From 2014-15, Shapiro executive produced the Australian Broadcasting Corporation’s Creative Audio Unit. In 2000, Shapiro co-founded the Third Coast International Audio Festival, where she served as artistic director for more than a decade!

We have also announced Gregg Clunis…

Gregg Clunis is an artist, author, and content creator focused on helping people and businesses move forward on their biggest goals. He is the creator of Tiny Leaps, Big Changes a podcast and community that has reached tens-of-thousands of people across 170+ countries. His debut book Tiny Leaps, Big Changes: Everyday Strategies to Accomplish More, Crush Your Goals, and Create the Life You Want was published by Center Street Books in 2019 and has been received well by critics and audiences alike.

If you’re in the mood for a good laugh – here are some English comedy podcast recommendations from our team.

Elis James & John Robins –  big laughs and top quality #content. Hilarious, warm and unashamedly ashamed, their award-winning chemistry get you over the finish line of the working week.

Dear Joan and Jericha (Julia Davis and Vicki Pepperdine) – Everywomen Joan Damry and Jericha Domain have between them worked in the fields of life coaching, female sexual health, psycho-genital counselling and sports journalism for the past 32 years. Joan has been married several times and has five children, while Jericha has been married for 30 years and has a daughter.

RHLSTP with Richard Herring – which launched under the title Richard Herring’s Leicester Square Theatre Podcast – is an award-winning series in which Richard Herring chats with some of the biggest names in comedy. Stephen Fry, Steve Coogan, Russell Brand, Sarah Millican, David Mitchell are amongst the many comedy stars to have been interviewed across the 200+ episodes.

Beef and Dairy Network – The number one podcast for those involved or just interested in the production of beef animals and dairy herds. A comedy podcast by Benjamin Partridge.

The All New Angelos and Barry Podcast – Angelos Epithemiou and Barry from Watford are back in their all-new podcast – and awful news, they’re almost exactly the same as before. Join them for award-winning discussions about world events, important scientific findings and pointless and offensive chatter. To be honest, there’s much more of the last one than the other two.