Will Artificial Intelligence Marginalise Us? 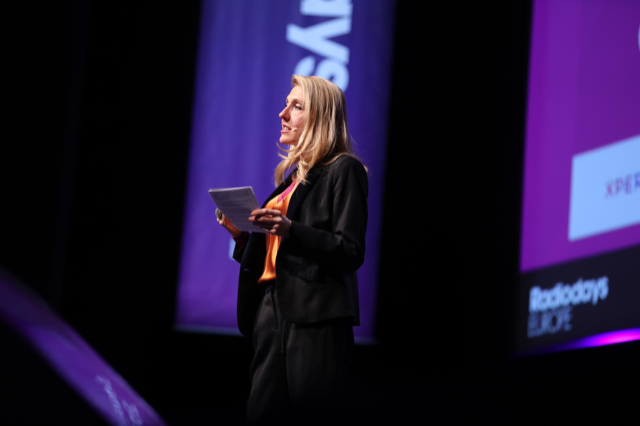 Beginning with more linear broadcast, Sibyle commented: “The deployment of DAB+ technology in Europe is good news”. She said that they were investing in terrestrial broadcast and all channels of Radio France would soon be available on the network soon.

On demand audio was also highlighted as being fundamentally important in the future. Sibyle said it was still the new horizon of audio. But, she was cautious about how things had been going over the past few years. “Commercial and public media must work together in making radio thrive on the web” she said.

Sibyle then moved on to emphasise how crucial audio and radio is, in a world of fake news. She said that in order for radio stations to maintain their credibility as a trustworthy voice they must interrogate the news and their sources.

Sibyle left delegates with a prompt to take action now on these points. “The battle of artificial intelligence is before us. If we do not move now, it will marginalise us”.

Simon Gooch followed Sibyle with his insights on how Swedish Radio is considering the future of radio.

Simon opened with statistics on linear daily reach since 2014 for radio in Sweden. It is relatively stable, if slightly down, but there is a noticeable decrease in reach for younger demographics’ linear listening. However, there is a noticeable appetite for on demand content with 20-34s. Simon said “incremental reach from on demand is very important. Half of their podcast content is from their owned platforms”.

Finally, Simon finished with Swedish Radio’s news delivery plan. One way they are hoping to improve the reach of their content is by focussing on delivering news as audio, rather than text and images, and then deliver this audio through digital channels and their mobile application.

A session focussed on the importance of change and some excellent examples of how changes are being implemented within stations.