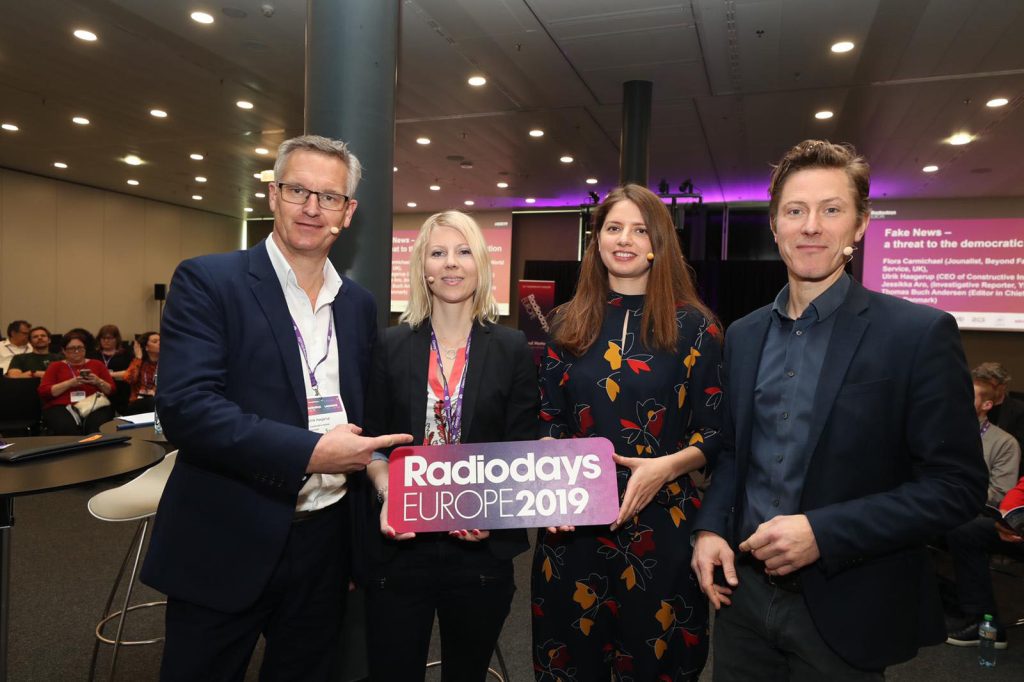 Fake news is already undermining democracy. A challenge that is putting journalists on the spot.

Moderator Thomas Buch Andersen warned the delegates “this session is not for you, it is with you”, inviting the audience to engage with the discussion right from the start.

At the BBC World Service, as Flora Carmichael explained, the strategy has unfolded into three stages: journalism, media literacy and getting the right tools to identify and deconstruct fake news. Social media and digital tools like instant messaging make news travel faster, something particularly concerning nowadays – it has real life effects that have already included several deaths around the world. While replying to some of the delegates’ questions, she also reminded delegates of the role of tech-platforms and how their algorithms work in spreading misinformation, such as anti-vaxxer movement.

Jessikka Aro explained how fake news uses scare tactics in spreading propaganda, specifically in the context of Russia’s interference in the West. For the Finnish investigative reporter, one of the main issues to tackle is reaching out to the groups that are jumping on misinformation and conspiracy theories. Without such connections, it will be impossible to debunk false news – both on and offline.

Ulrik Haaderup warned about overloading audiences with “fake news” discourses. In many countries, the problem is not so much fake news, but actual news. “Journalism more than any other profession, is the filter between the people and their perception of reality”. He noted, for instance, that while the last three years saw the lowest numbers of war casualties in the history of mankind, most people are not aware of it. In response to some concerns of the audience, Haaderup also noted that by giving airtime to populists and misinformation, media is fueling misconception, quoting Brexit as an example.

As he said: “Journalists have to be journalists, not activists. They have to think of their job as what it is and does, and not as just a product”