The Future of Listening is… 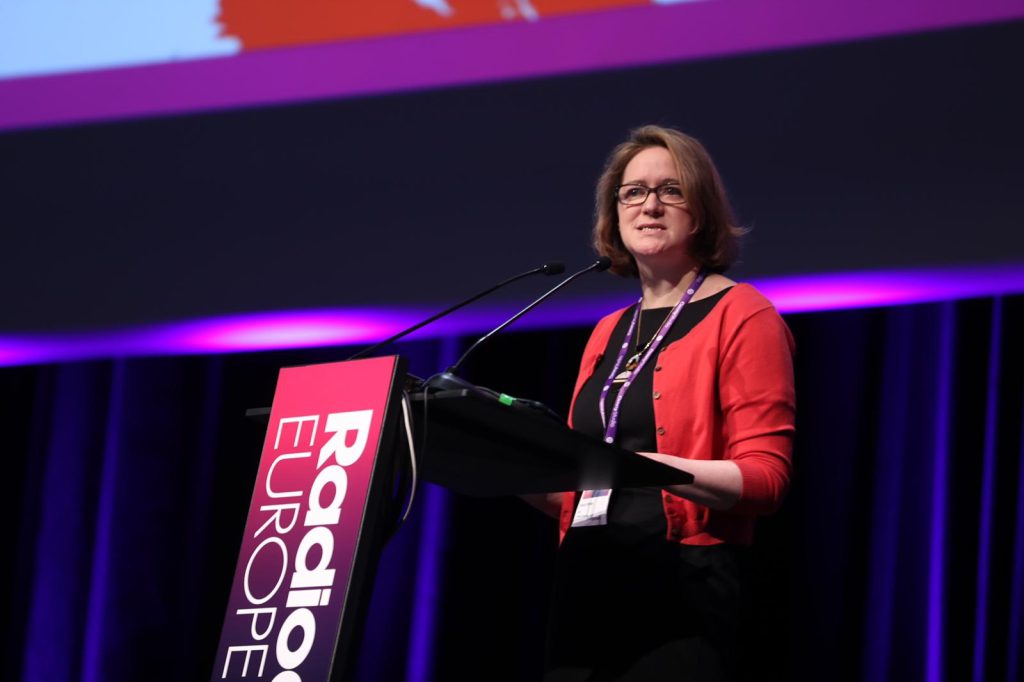 Ben Chapman and Alison Winter were first to the lectern, championing the BBC Sounds app. BBC Sounds has three main focuses: music, radio, and podcasts. Ben noted that BBC Sounds was still unavailable outside the UK, but assured delegates that it would be available internationally in the coming months.

Audience insight has been at the heart of the development of BBC Sounds. With a nod to Netflix, YouTube and Spotify, Alison Winter pointed out how much users on these platforms utilised and enjoyed recommendations. This led to an on-demand approach for BBC Sounds and a user data-led approach for its development.

Alison said “BBC Sign-in has helped with understanding the performance of the product and user behaviours”.

Alison noted the difference between measuring success in the on-demand world versus linear. More time is required for on-demand content to find its audience, citing the slow start to the BBC’s Brexitcast, which went on to see strong uptake and interaction.

Next to the stage was Thomas Laufersweiler from ARD, who talked about their audio app. Launching in November 2017, the app was designed to improve the presentation of ARD’s audio content.

The design theory was to understand its users and develop it to suit their needs. The audience is 64% male, university-level educated and an average of 49 years old. The audience reported that on-demand audio is important to them and reinforces their relationship with ARD.

Clear parallels in the two platforms’ focus on development based on user behaviour there, and Thomas added another as he went on to say “We currently have linear audio, but will build up new content specifically for on-demand, like the BBC.”

The final Q&A session brought up the removal of BBC Podcasts from Google. Ben said one of the problems was “Google search doesn’t allow audiences to find BBC content on BBC Sounds or 3rd party applications”.

Two different platforms with a lot of similarities in principle. The main difference between the two is that ARD have no intention of including music on their application.

PrevPreviousWill Humans Be Needed In The Future?
NextMaking Smart Devices Work For Your StationNext