Will Humans Be Needed In The Future? 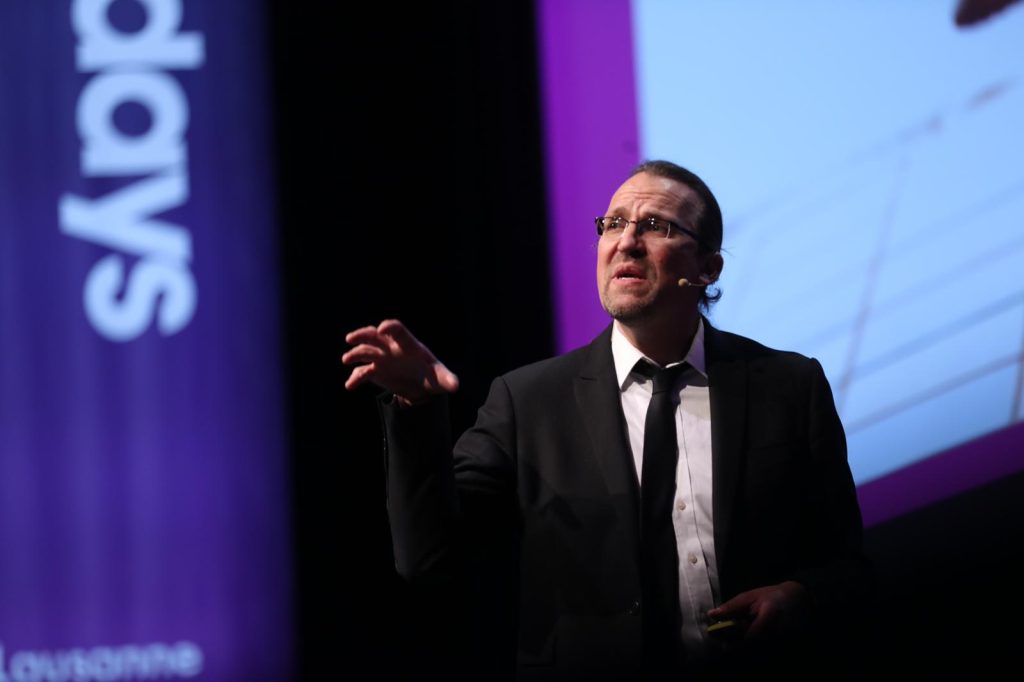 Understanding future technologies has been a core part of the conference throughout the morning, and it continued with Dave Coplin. Previously working with Apple and Microsoft, he set out to describe the “coming storm” of Artificial Intelligence and how it will affect our lives.

“As great as technology has become in our personal lives, it has yet to penetrate the way we work” Dave pointed out. So change is a must, specifically in how stations and organisations use data.

“How would you run your organisation if you could predict what users will do, rather than reflect on what they have done?” said Dave, as he went on to explain that this already exists through machine learning and artificial intelligence, and is accessible to delegates right now thanks to Facebook, Google and Microsoft.

Artificial Intelligence should be thought of not as terrifying robot overlords, but as “automation”. In the same way machines changed our working lives during the industrial revolution, automation will do the same for cognitive tasks, including law, medicine and even radio.

Algorithms will provide users with raw information and probability, but the way humans use this information and relay it is fundamental to success. An example Dave gave was an algorithm that can detect brain cancer in a quarter of the time a human doctor can, and revealed a positive diagnosis. The doctor in question could have used the algorithm to perform a further three diagnoses, but instead chose to spend the saved hours with the patient and develop a treatment plan. Dave predicts that those who invest the time we save in people, will triumph over those who look to increase quantities.

The crux of Dave’s point – humans need to change the way we work drastically and constantly question the reason systems and practices exist in the workplace. Pablo Picasso said of 1960s computers “they are useless, all they can give me are answers, I need something that asks the right questions.” Dave believes this is the unique role of humans as automation comes into our world.