Listen to your screen, or watch your radio?! 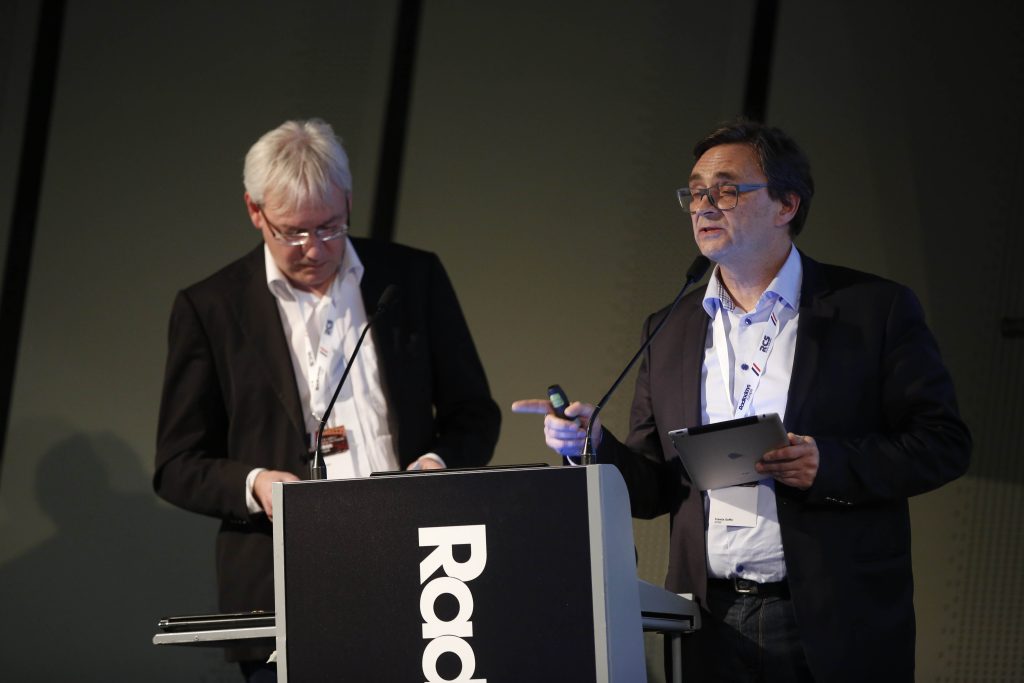 RTBF is the leading Belgian French speaking radio group, which has experienced exponential growth over the last five years, they also oversee three television channels which had a market share of 22.1% in 2015.

The purpose of this session is to demonstrate how their radio and television stations have successfully merged to produce a popular show that works across both mediums.

Key to the success of this experiment, Francis asserts, is to ensure that radio is the priority, that radio visualisation is greatly improved and that the show is entirely produced by the radio team.

Radio must remain the priority as it achieves a daily reach of 61.2% whereas television reaches just 14.2%. Therefore, the entire radio programme must work without the need for access to a screen.

The first thing that was asked of the radio team was to ensure they remembered there was a camera pointed at them! Look up from your script, wave and smile!

Eugenio La Teana, Head of R&D at Italy’s RTL 102.5 takes the second part of the session. Television, he believes, can be taken to mean two things. The device and the media. Radio, he argues, can also be looked at in the same way – a device that broadcasts the content that is created by the ‘media’, a set of people responsible for the creative output. In this respect, television and radio are clearly natural bedfellows.

In conclusion to the opening statement, is it possible to produce a breakfast radio show that can work as a successful television show?’ It appears the answer is a resounding yes!