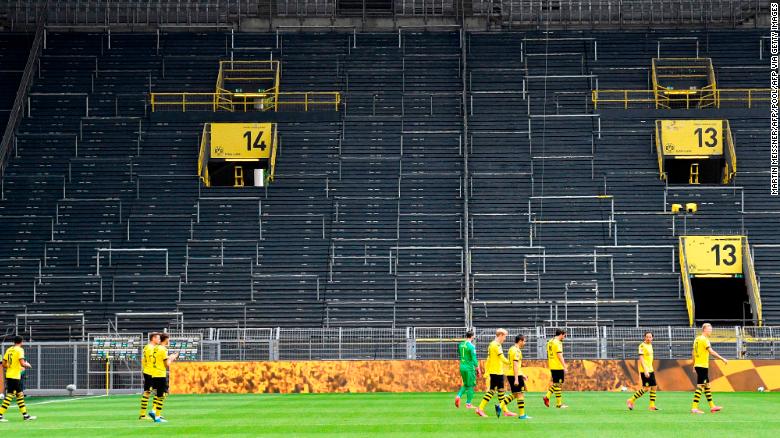 This week at Radiodays Europe, we are focusin on the World of Football as we welcome back the English Premier League this week off the back of the return of Spanish and German football. However, before we explore the changes to broadcasters, let’s look at the context and how much professional football has changed this year and how it will adapt to this ‘new normal.’

Since the start of the year, football leagues around the world have suspended play. Starting with China in December and major European leagues later in March, there have been extensive changes to football around the world as a result of COVID-19. From a complete football hiatus to extensive changes and regulations in the game, each association has faced their own set of challenges in regards to broadcasting, as games ceased and are now returning in the midst of what is still a global pandemic.

The Bundesliga was the first of the European football leagues to return, they set the tone for the return of football around the world. As the world watched their return, some of the most noticeable changes have included; quarantine periods for players, as well as regular testing, staggered warm ups, substitute requirements, to the wearing of masks, disinfecting the match ball and multiple buses for the teams arrival at stadiums. Not to mention – crowd attendance of around 80,000 fans per game – to 0 fans – only coaches, players and affiliates may go to the grounds at this time. In general, there is also an attempt at social distancing.

“…Players are not supposed to be hugging team-mates after scoring right now. While that rule hasn’t always been followed in the Bundesliga – sometimes the emotion of scoring has proved too much – many players are getting creative with how they mark a goal. The standout example was Erling Haaland’s celebration after scoring for Dortmund against Schalke on the opening weekend, with his dance routine and team-mates stood at a distance making for an iconic image.” (Source: Sky Sports)

Apart from celebratory moments and social distancing in football, the look and sound of football matches will and has changed for viewers. With artificial crowd noises and virtual fans superimposed into the stands, we will no longer see the 12th player (the crowd) grace our screens or hear football in the same way. It will be a strange change, but hopefully an improvement on the viewing experience from the silence of games in the early COVID-19 days.

Naturally, radio coverage of football will evolve as well, as the return of the game will require more coverage and a return back to the sports broadcasting we all know and love. Radio broadcasters and podcasters who have been ‘filling’ the space left by live events with innovations and new ways of looking at the game will again have to change production and content to a game which though live is sure to have a different audio feeling from what is expect. We look forward to hearing the new innovations in the world of football.

If you work in football broadcasting and want to share your experience with us, we would love to hear from you. Email us at katalina@radiodayseurope.com.