The Opening Session At Radiodays Europe 2019 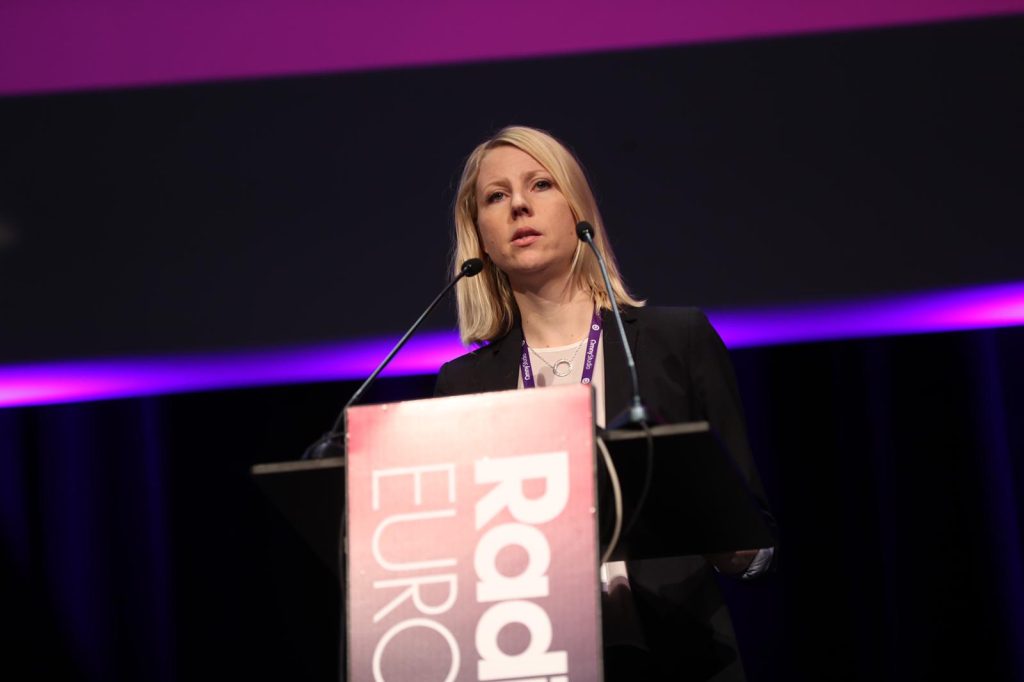 The first full day of sessions began with an entrancing performance from the Vigneron Horns and Vigneron Singers. The performances filled the main auditorium with enchanting harmonies and alpine sounds. Quite the act to follow!

Our hosts for the session, Florence Fischer and Paul Robinson, then took to the stage to launch the first full day of sessions.

The first speaker was Mounir Krichane, Director of the Initiative for Media Innovation, EPFL University in Switzerland. Welcoming delegates to Lausanne, Mounir talked of the collaboration between the EPFL and Radiodays Europe called RadioHack, an event promoting and supporting collaborations in technology and innovation across radio.

Paul Keenan, CEO of Bauer UK, followed Mounir and talked about the promising future of commercial radio. Paul said it’s thanks to radio being a “master of reinvention”. In Sweden, the sector has seen 77% advertising revenue growth, the UK say record breaking advertising revenues in 2018! He accepts the challenges facing radio as the landscape of the industry changes so rapidly, but at Bauer Media, Paul said they are taking this on with brave new choices, citing the launch of Scala Radio and the UK’s first national Country music station launching this Friday.

Jessika Aro, from YLE in Finland, followed with stories from the Kremlin’s social media trolling. After publishing her first story on the investigation, Jessika became a target herself and she was labelled as a ”famous assistant of NATO”. This was then followed by a number of threatening phone calls from Ukrainian and Russian numbers. She continued the investigation and found a Russian “troll factory” where a lot of fake news originates.

Jessika said “We need to expose this phenomenon”.

Noel Curran was next to the lectern and talked about trust between media and the audience. Trust is falling across all media, Noel demonstrated, but the trust in radio is far stronger than news, television and online. “85% of Europeans have trust in radio” Noel said. So what can we do to maintain this trust in radio? Noel believes investment in our journalism and training is a must.

Noel left us with a profound statement: “Radio has faced the biggest crisis in audience trust in recent history and reminded us of the hard work ahead of us to maintain the industry’s trust”.

Next up, Gilles Marchand. Gilles talked about the SRG and public service programming. Gilles said “Young people are not lost to the public service medium”. Gilles reinforced Noel’s comment on the importance of quality journalism to strengthen the bond with the public.

Paul Robinson then brought the conference round to the theme of Brexit. Dino Sofos came on to talk about the BBC podcast Brexitcast. He spoke about how tricky it had become keeping up with the fast-paced nature of changes in the Brexit story. Dino said that he was developing another podcast, this time covering the US elections in 2020!

Dino then treated the delegates to a video featuring the Brexitcast hosts. Laura Kuenssberg pointed out the joy of a Brexit podcast being on-demand, so listeners can take in Brexit chat when they feel ready for it. She also thanked the conference for having Dino. No problem, Laura, he was a delight!

Anders Held and Peter Niegel then came on to officially welcome delegates. They noted the success of the Radiodays Europe Women session and how the conference is working towards more female speakers in the future.

A first session focussed on the future of radio, bring on the rest of Radiodays Europe!