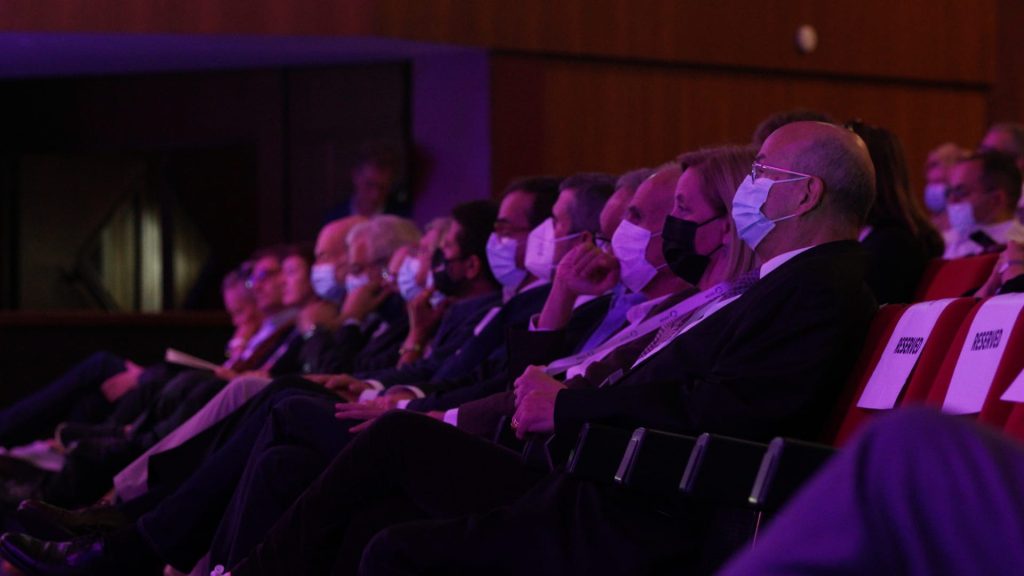 Radio is important to all people… we need to see multicultural faces on the radio and dream with us in Lisbon! Dino d’Santiago the star of fado opened Radiodays Europe 2021 with ‘Nova LIsboa’.

Hosting ReelWorld Track 1 this year once again we have Paul Robinson from the UK and joining him as co-host is Inês Lopes Gonçalves a Radio and TV host from Portugal.

Peter Niegel, the General Manager of Radiodays Europe quoted Bruce Springsteen in saying ‘it’s a long time coming’. And he encouraged everyone to reach out, and make the most of the ways we can talk to each other in-person and online at this Radiodays Europe Lisbon 2021.

A message was given to Radiodays Europe by the President of Portugal about regeneration and resumption of normal life and a need for people to be closer to the media and linked to new media, radio linked to visuals, audio, new platforms plus linked to people’s new behaviours. He was clear that radio is important and that ‘There is no free society without media’.

‘Radio remains a strong and relevant medium!…Listeners have more ways of listening than every before’ Marianne Bugge Zederkof, Vice President of AER called for us all in the radio industry to continue to be relevant and deliver trusted news.

Edita Kudlacova from the EBU gave an overview of where radio, audio and podcasting is today. 1000 podcasts are launched everyday, Edita noted that this is a huge amount of new content. She asked the radio industry to focus on connected devices, and announced that all the big radio associations in Europe have asked on a political level  to strengthen the policy on anti competitiveness activities by connected voice devices.

RTP President, Nicolau Santos focused on the role of radio as a friend during the pandemic – which is reflected in more people listening to radio this year in Portugal than in 20 years. He ended with ‘Let the Radio Games Begin!’.

“Radio is more alive than ever before” – Nicolau Santos

Teresa Fragoso talked about the importance of gender equality in radio. Women make up 50% of the population and yet only hold 27% of management roles in media. Gender equality should be essential but if that isn’t a good enough reason then Fragoso pointed out it is also good business. She ended with ‘gender quality is everybody’s responsibility’.

Adam Bowie, Business Development Manager at BBC World Service spoke about how radio and audio is habit-driven which was massively disrupted in the pandemic. The morning commute shifted to working from home and fewer people using public transport. Will listening return to ‘normal’ , Adam Bowie doesn’t think so – the world has shifted and with it so has the audio world.