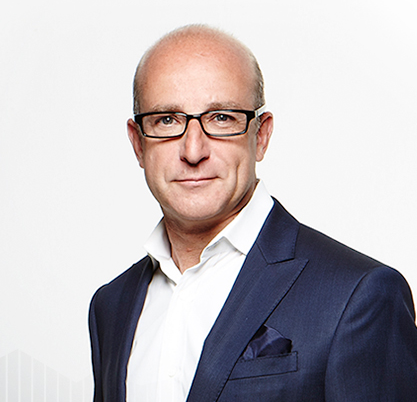 FEATURED SESSION: PAUL McKENNA was recently named by the London Times as one of the world’s leading and most important modern gurus alongside Nelson Mandela and the Dalai Lama.

He initially started his career as a radio broadcaster in pirate radio – namely, Radio Sovereign, Radio Jackie and Radio Caroline. He also worked in local radio for Chiltern Radio, Capital Radio and finished his radio career at BBC Radio 1 in 1991.

He is one of  the world’s bestselling non-fiction authors, selling over 10 million books in the last decade in 35 countries around the world. He has worked his unique brand of personal transformation with Hollywood movie stars, Olympic gold medalists, rock stars, leading business achievers, and royalty and has helped millions of people successfully quit smoking, lose weight, overcome insomnia, control their stress, and increase their self-confidence. In his TV career, he has presented programmes for ITV, Channel 4, Sky, ABC & discovery.

He currently presents a podcast for Global Media called ‘The Positivity Podcast,’ where he interviews people as a psychologist, not a journalist, to find out what keeps them happy, positive and successful. Guests have included Simon Cowell, John Cleese, Ryan Seacrest, Mel B, Paul Oakenfold, Pru Leith, Roger Daltrey Pryanka Chopra Jonas and KSI amongst others.

Interviewed by Francis Currie, Consultant, UK we are more than excited Paul is joining us at Radiodays Europe Lisbon 2021!