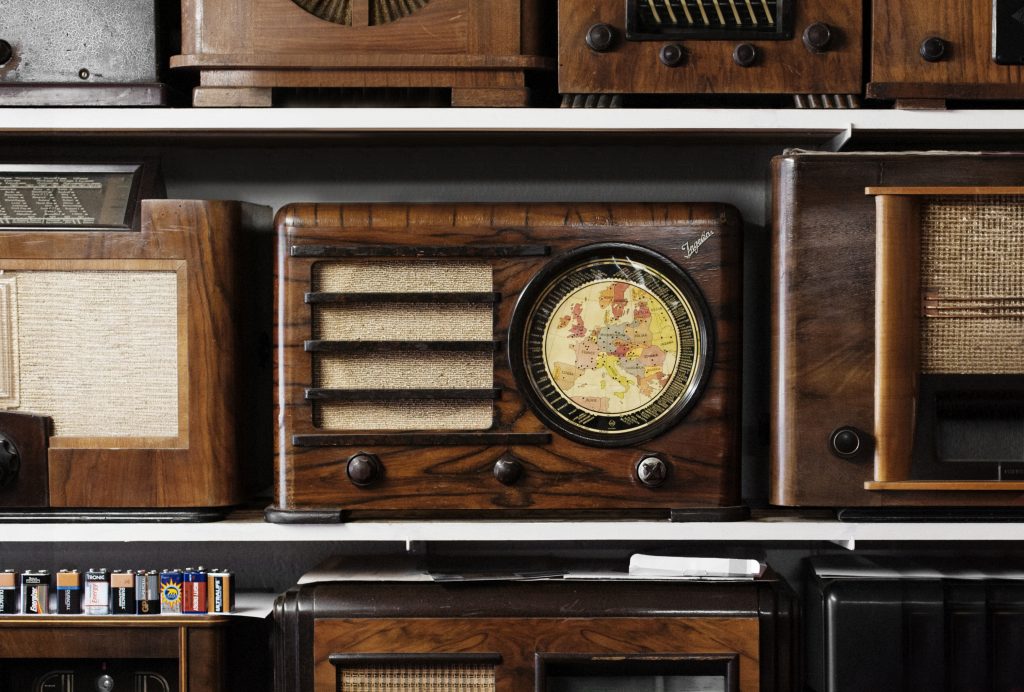 Podcasting is booming. Having developed from a DIY format, for niche interests of all kinds, it has come to be one of the more promising media formats. While Germany’s big media outlets have been quick to adapt to the development, Austria’s podcasting scene in contrast has been strongly influenced by non-corporate productions.

“From This American Life, it’s Serial”- The opening phrase by the host Sarah Koenig is probably still very familiar to most people interested in podcasts. 2014’s true crime podcast “Serial” is often marked as the starting point of the current podcasting boom. Podcasting has a lot to offer: For listeners, it is an inherently intimate format. It’s an interesting, knowledgeable or a funny friend in your ear. This sort of companionship makes traditional media go green with envy.

For producers, it can be a cheap and simple way to produce content and it into the world. And unlike many other formats, there is yet enough room for experiments and creativity. Length, topics and storytelling are not yet streamlined.

And finally, advertisers have recently been reassured that podcasts are a good investment opportunity when Apples Podcast Analytics provided more detailed numbers about listening behavior. According to those numbers, listeners make it through about 90 percent of a given episode and hardly skip ads. That makes for a very promising advertisement market.

However, the pathway of how the podcast market might develop in terms of organisation is not as clear yet.

Comparing the podcast landscape of Germany and Austria, you will find one defining distinction: Germany’s podcasting scene is dominated by productions of big media outlets whereas Austria shows a more grass root approach to podcasting.

Germany’s media outlets reacted quickly to the podcasting trend and thus, most successful German-language podcasts are spin-offs of established media: “Was jetzt?” (Now what?) by Die Zeit Online or “Eine Stunde History” (One hour history) by Deutschlandfunk Nova. And the most popular German podcast “Fest and Flauschig” (solid and fluffy) by the comedians Jan Böhmermann and Oli Schulz, for example, were originally broadcast on the Berlin based Radio Station Radio Eins.

Austria’s grass root approach to podcasting, might come from the fact that the country’s big news rarely turned to podcasting. An exception to this is the emergent podcast by Falter – an investigative journalism magazine –  which is now leading the Austrian podcast charts. But then again, the public broadcaster ORF is restricted by law and must not offer podcast episodes for more than seven days.

Instead, non-commercial podcasts like “Was soll das?“ produced by the young journalists Patrick Swanson and Michael Mayrhofer have managed to raise a significant number of listeners, within a relatively short amount of time. “Podcasts produced in Austria can quickly reach a relatively big audience, because competition is still quite small”, says Swanson. With the right format and scheme, he also thinks that podcasts can be of commercial success in Austria.

Both markets – the German “editorial” and the Austrian “grass roots” approach – provide different benefits for the audiences. Podcasts produced by established media will usually be better equipped with a range of resources: money, editorial experience, journalistic quality. Yet listeners can probably expect to find content conforming with the editorial policy of whichever medium the podcast is produced by.

On the other hand, a more grass root-structured market like the Austrian one might be a better fit to provide an audience with more diverse editorial content. Producers are likely to be less bound to formal criteria – the length of a show or the rules of journalistic practice – and thus might be more willing to create experimental and perhaps innovative content. Whether ideas can be implemented, however, will often depend on the money at hand – a scarce resource in an overtly independent market.

The advertisement market seems to be increasing it’s investment into podcasts, according to media observers, which might help to alleviate this issue, in the case of Austria. Furthermore, there are non-commercial networks that might prove helpful in supporting an editorially independent podcast market in technical and organizational aspects.

Paweł Kamiński, Programme Coordinator at the Viennese free radio station Radio Orange sees huge potential in podcasting for Austria’s free radio scene. The production of serial content that can be exchanged and shared among different hosting stations or platforms, seems like a fruitful succession of what free radio stations have been doing for decades now. And it’s something they’ve always supported. “And perhaps labeling content as “podcasts” will support a rise in distribution as well”, Kamiński says.

Quo vadis, german language podcasts? reads the headline of this piece. And as it seems, the Austrian and German markets are taking different routes. But as long as the audience gets properly investigated, innovative, curious, crazy, weird, interesting and funny contents, that doesn’t seem to be a problem at all. Perhaps, the different market structures of Austria’s and Germany’s podcasting scenes even facilitate it. In the end, they are all in German language, so we can actually get the best of both. So, don’t hold back: let us hear some more!

PrevPreviousMobile Reporting: The radio studio in your pocket
NextWhat’s happening on what day at Radiodays Europe, when should I arrive, when can I register?Next