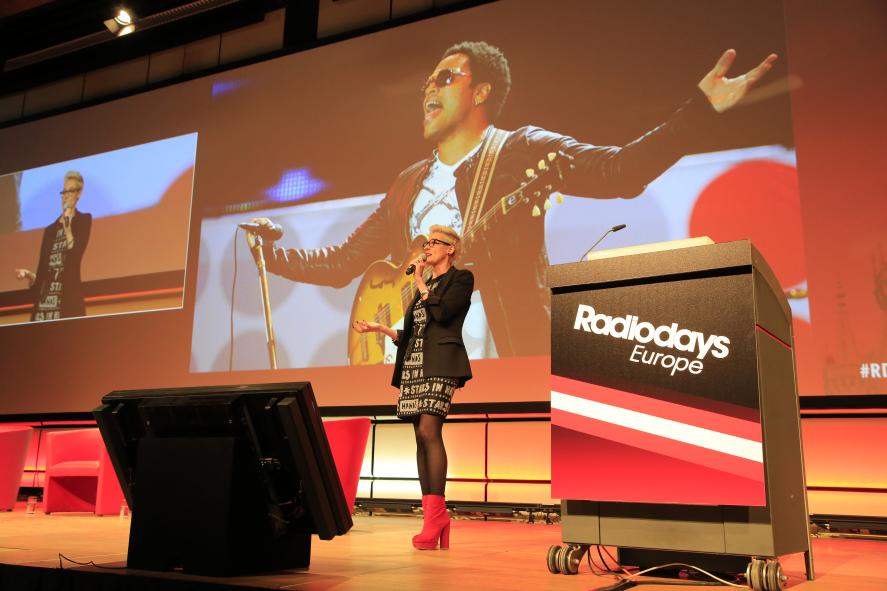 If you’re looking for reasons to attend this year’s edition of Radiodays Europe look no further than last year, 2018 in Vienna! Some of the highlights included:

Elvis Durran’s intimate Masterclass, if you weren’t there you missed a Master giving advice, answering questions and proving once again that he is Mr Radio!

Bob Shennan and the digital radio debate – before Radiodays Europe even opened Bob Shennan was creating headlines in the UK with a speech on the BBC and their digital radio strategy which, taken out of context, caused a stir.

Radio is Dead! That was according to Ben Hammersley the technology futurologist. To an audience of radio professionals this may not have been the most popular statement but in post presentation discussions it brought out the fighting spirit in the gathered radio industry to prove him wrong.

Creating your own personal brand and running topless through a field, Jo Stanely gave a thought provoking presentation from the Main stage and from that point discussions during the breaks focused on what people thought their personal brand was. Stanley concluded her session by saying “personal branding is how you set yourself apart – it will be your roadmap and your inspiration.” – we were inspired by Jo!

The food, love it or hate it the food at Radiodays Europe always causes a stir and this year was no exception – from a lack of coffee in the morning to soup and focaccia at lunch some were full of praise, some were not.

The Podcast session with James Cridland & Tom Webster, the stand up session as we like to call it because that’s what happened as there wasn’t a free seat in the room by the start. This popular duo laid bare their thoughts, research and future predictions about the podcasting.

Radiodays Asia adds to the family of Radiodays events, launched in 2018 and coming to Kuala Lumpur on 27-28 August 2019 Radiodays Asia promises to be another solid event in the radio calendar and the first of its kind in Asia.

The host partners – what can we say, each year the host partners put heart and soul into making Radiodays Europe a success and 2018 was no different. Of particular note was the night at the Town Hall with music, food and wine in a spectacular setting WOW – and snow for those of you who wanted picture postcard Vienna in winter.

The exhibition, year on year we see the exhibition area grow, change, improve and this last year was no exception as more companies just us to exhibit products and services. The exhibition is the heart of Radiodays Europe and we are proud that it beats faster every year.

And finally, Midge Ure in conversation with Ben Jones – if you missed it you missed a treat! Not only is he a very nice man but his career has been eventful, inspiring and this was a fun session which brought in a crowd. The music was also a highlight as Vienna was played as a fitting tribute to our host city!