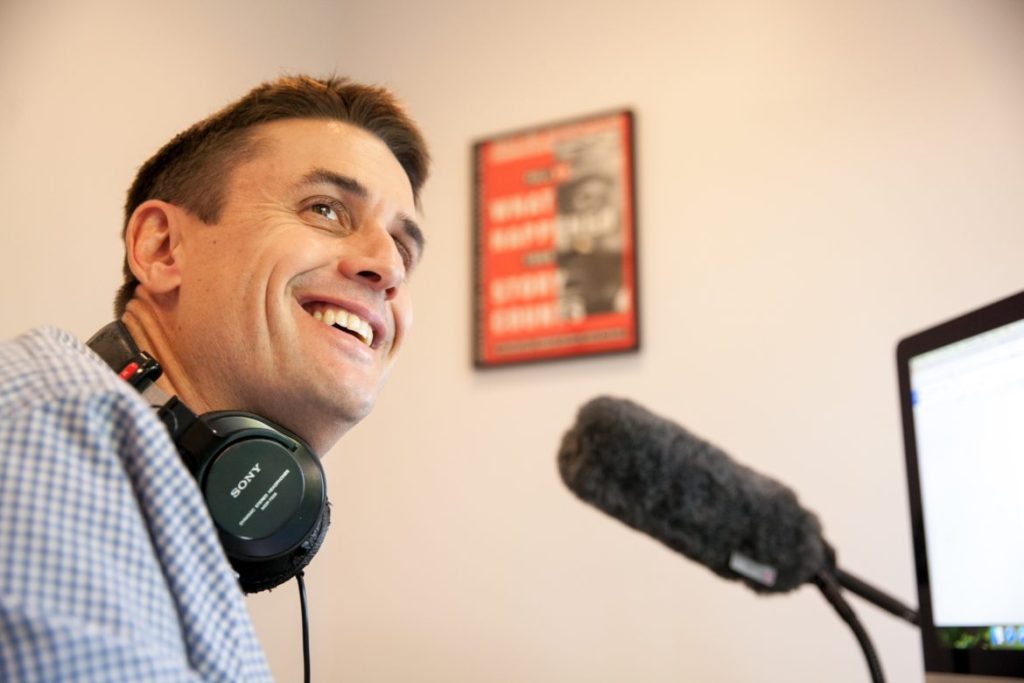 Steve Henn started his career as a local business reporter in the Washington DC Metro area, having graduated in 1998 with an MS in Broadcast Journalism (Radio) from Columbia University Graduate School of Journalism. Now, two decades later, he’s the Content Lead for News on Assistant at Google.

His 20-year career in public radio up until this point included the role of technology correspondent for Marketplace, Planet Money and NPR, giving him a front-row view of how digital platforms have changed journalism over the years. When Steve left NPR in 2016, he launched his start-up, Tiny Garage Labs, as a platform for voices, storytellers and journalists to inform, enlighten and entertain listeners. Teaming up with two long-time Netflix executives, John Ciancutti and Steve McLendon, he developed 60dB – a podcasting app that curated and streamed the best personalised short-form audio stories.

In a blog post written in 2016, Steve was clear about what he wanted to achieve with the app: “My old radio – the one I grew up with – still doesn’t know anything about me. It doesn’t know what makes me turn it off or flip the dial. For a long time, I’ve had this nagging feeling that my old radio didn’t cover enough of the world. There are these big swaths of our culture –  big parts of the American experience and of the global experience –  that my radio largely ignored. That’s not a knock on radio programming, or radio people; it’s a limitation of the medium itself.”

With 60dB, his goal was to offer listeners the sorts of stories they care about with a bigger focus on short-form content. While the app was a great success after its launch, its co-founders announced on 10 October 2017 that they would be shutting it down in the November of that year and that all three of them would be joining the team at Google.

In their statement at the time, the three men revealed: “We came to the conclusion that to accomplish our goals we’d be better positioned if we joined someone with scale who shared our vision for what was possible with digital audio… Our team is looking forward to continuing our work to inform, enlighten and connect listeners around the world at Google.”

As Google was seen to be a bit of a late bloomer in the podcast world in 2017, it’s exciting to see what the 60dB team will help the company come up with over the next few years.

Watch Steve Henn talking about why he started 60dB on Triangulation

To meet Steve Henn or any of the other speakers please REGISTER HERE for Radiodays Europe 2019 today!