Why are podcasts popular in the UK? 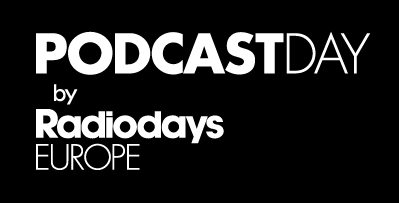 It used to be the case that whether you were commuting to work, travelling for work or pleasure, going out for a run or tackling the housework, you’d more likely than not be listening to music on your earphones. But it seems like more people than ever before are choosing podcasts over popular music to keep them entertained while out and about – in fact, over a quarter of all podcasting hours are listened to while travelling according to the MIDAS Survey of Autumn 2017 from Radio Joint Audience Research (RAJAR).

In a similar survey conducted in Spring 2018*, it turns out that six million of us listen to a podcast each week, which is up 3.8million from two years ago. “This is the year podcasts have gone mainstream,” says Hannah Verdier, a freelance podcast reviewer, in an article by the BBC. “A couple of years ago it was still a really niche thing. It seemed to me that no-one really listened to podcasts outside of the London media bubble. But this year feels different. The one that has really exploded has been the Love Island podcast. It’s now seen as essential to a brand to have a podcast as well as a website.”

Matt Deegan, who produced the podcast Love Island: The Morning After, says: “We’re seeing lots of tweets and reaction to our podcast –many of which are from college students who say they are listening to a podcast for the first time. Spin-off TV shows have always been popular, like Big Brother’s Little Brother, and the same goes for podcasts. Love Island is the first UK television show to really go for it and I think they’ve been rewarded for it.”

So why are they becoming more popular? Firstly, people are pretty much attached to their smartphones these days and it’s probably only your gran who doesn’t have an iPhone or Samsung (although, in fact, mine actually does!). While many of us use it for watching things while on the move, that little screen is pretty annoying. With a podcast, you obviously don’t have to look at the screen and yet you are still given content that can be more absorbing and complex than listening to music, plus you can’t watch something as you walk down the street, but you can listen to a podcast show easily.

However, one of the main things that has led to the rise in podcasts in the UK is the improvement in available technology. Despite the fact podcasts have been around for more than a decade, it’s only in recent years that the hardware and the applications have reached the level where the listener has a great experience. In addition, it became a default app on the iPhone a few years ago, so many people just clicked on it automatically out of curiousity.

In this celebrity-obsessed era, the general public is also keen on anything linked to someone famous. Traditionally, podcasts were mainly listened to by real audio fans and content was created was niche. In the last year, there have been numerous personalities, who have big fan bases, getting into the world of podcasts, such as Fearne Cotton with her Happy Place podcast, and singer-songwriter Jessie Ware, with her Table Manners podcast – both women include celebrity guests, which is an added draw.

But it’s not just easy entertainment that’s the attraction. When Ofcom asked listeners why they listen to music or speech radio, many said it was for background listening, to relax or to keep up with the news. For podcasts, 51% of UK listeners said they tune in because they find them interesting and 26% said it was because they wanted to learn something new – perhaps why those polled said that BBC Radio 4 and TED Talks were their favoured podcast sources. For most people, it seems that listening to podcasts is an active listening activity. Also, podcast listening appears to be habit-forming. Ofcom found that 42% of podcast listeners were queuing up podcasts more often than they had been a year ago.

As well as educational podcasts, there’s also an increase in women and minority groups putting them out, as it’s an easier way to get their voices heard instead of the more restrictive medium of mainstream radio. It seems that increasingly, people out there want to hear these voices and what they have to say.

To find out more about Podcasting in the UK and around the world join the PODCAST DAY by Radiodays Europe on 13th June 2019, London, UK.