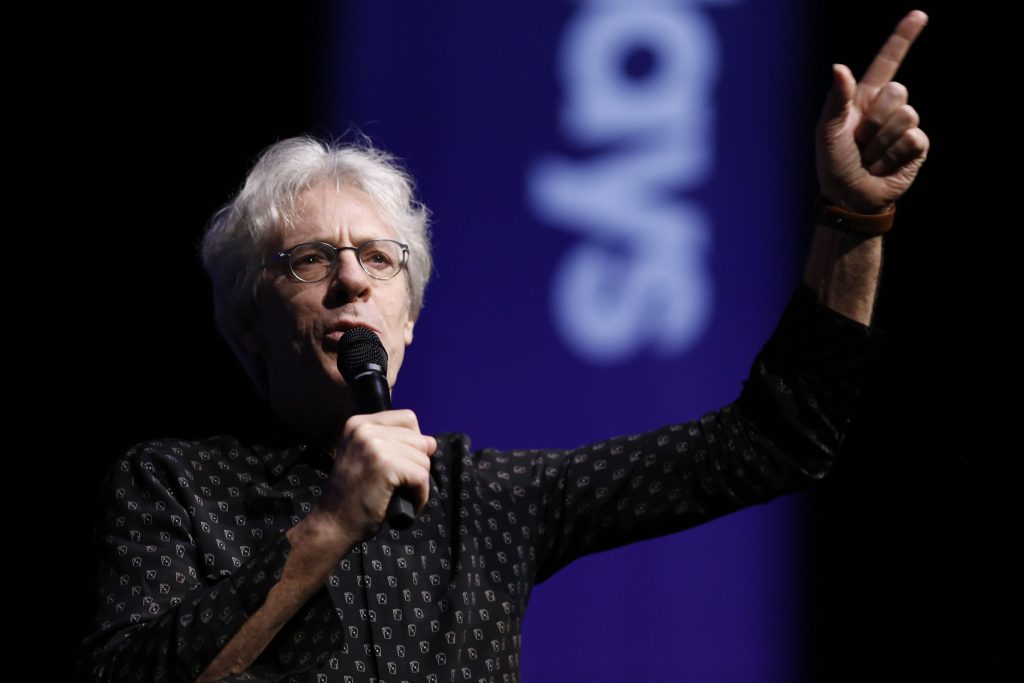 Stewart Copeland is a music industry legend, having been part of one of the most successful rock bands of all time – The Police.  In this session, he talked to Ben Jones from Virgin Radio about his amazing career, and the role radio has played in his life.

Stewart shared stories of his childhood in Beirut, where he only heard one hour of popular music a week but was surrounded by Arabic music. He said that this helped him later in his career, because of the similarities in rhythm between Arabic and Reggae music. His father was a jazz player and a spy, which he said also influenced him.

Stewart said that “music kept pulling [him] back in” although he tried to be a radio presenter himself amongst a host of other jobs. He was tour manager too, before he started playing drums in one of the bands he was managing.

He told the story of the formation of The Police – a name he came up with – after he saw an amazing bass player who could sing (Sting!), playing in a jazz club. And Stewart said that guitarist Andy almost invited himself into the band, but that when he joined – that’s when things really started to happen for them.

Stewart said that The Police recorded ‘Roxanne’ on eight tracks, in a studio soundproofed by egg boxes in the house of a local Doctor. But he also said that they knew it was something special – and that he still likes hearing their songs on the radio.

They discussed touring as a band. And Stewart said, “it was exhausting but it never got old.” He shared that the success they had was wonderful, but also vertigo and anxiety inducing. He said that he loved performing live though – and mentioned the “voo-doo” that happens between an audience and a band during a live performance.

Stewart talked about the break-up of the band, which he said happened over and over in small ways. But what really pushed it to conclusion, was that Stewart got offered some solo musical gigs, while Sting focussed more on acting. Stewart describes it as an escape from a “pressure cooker” into more positive solo projects – but said that there was never a “big break up”, simply a conversation about finishing their final tour and then moving on to their own projects.

He talked about the projects that he moved on to work on – from movie scores to video game concertos. And the reunion of The Police, which he said was absolutely worth it for the positive reaction from the audience.

Stewart said, “memories and emotions are infused by songs and they are full of nostalgia.”

PrevPreviousMonetisation for digital radio and podcasts
Next30 ideas in 45 minutesNext