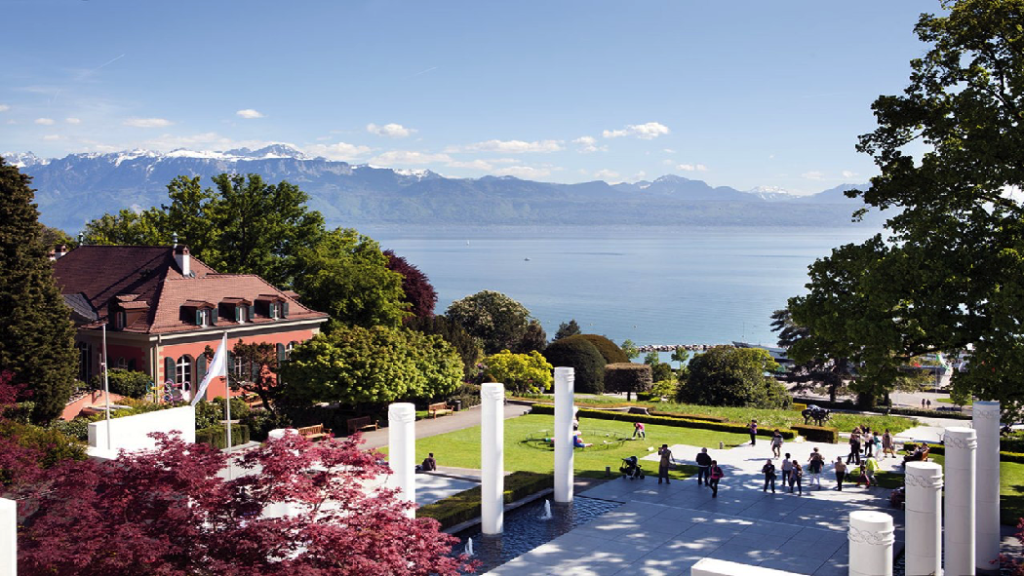 Lausanne is not only the capital of the Canton of Vaud, the third largest Swiss Federal State in population after Zurich and Bern. It is also the capital of the Olympic movement, and one of Europe’s capitals of technological research and innovation. On the occasion of this year’s social and networking events, Radiodays Europe delegates will get a taste of all three faces of capital Lausanne, and experience inspiration and conviviality à la vaudoise.

Hosted by XPERI, the popular Sunday Welcome Event will take place around Radiodays Europe’s Innovation Square, on STCC’s Garden level. You will taste wines from the majestic vineyards of La Côte and Lavaux – a UNESCO protected World Heritage site just outside Lausanne. The vin d’honneur for the reception was selected by the municipal and cantonal cellar masters, and is offered by the City of Lausanne and the Canton of Vaud. At the STCC we are on the campus – and indeed in the convention centre – of EPFL, one of Europe’s most famous science and technology institutions. During the reception, delegates can get familiar with Radiodays Europe’s Innovation Square and discover a number of showcased EPFL research projects around the legendary Montreux Jazz Festival and its rich archives reaching back to the 1960s and representing one of the world’s most precious collections of living music history.

The Vinyl station bar at A TASTE OF SWISS MUSIC will stay open during the reception, and cater for guests who would like to buy their personal choice of drinks.

The Sunday Welcome Drinks networking reception will close at 19:15, STCC doors closing at 19:30.

The Sunday Welcome Drinks networking reception is reserved to holders of a 3-day conference pass. We ask Sunday day visitors to kindly buy their drinks from the Vinyl station bar at A TASTE OF SWISS MUSIC.

Lausanne is the Olympic Capital. To say THE is not bragging, it is a fact: When former IOC President Juan Antonio Samaranch gave this title to Lausanne in 1994, he did so because he believed that the Olympic Movement needed to have a place recognised by all as the repository of the universal embodiment of the values he defended. And he chose Lausanne which had already been the seat of the International Olympic Committee since 1915.

At the invitation of our Swiss Host Partners SRG|SSR, RRR and VSP, the Federal Office of Communications OFCOM, and Swisscom Broadcast, the Olympic Museum opens its doors exclusively to Radiodays Europe delegates for a private visit and an Aperitif Reception in the Museum’s panoramic penthouse restaurant TOM Café.

As of 19:00 (until 21:00), delegates have access to the museum and can go on a discovery tour through sports history, looking out for their favourite Olympic heros – they are sure to discover traces of them. At 19:30 (until 21:00), TOM Café will serve a selection of delicious regional wines, snacks and soft drinks. TOM Café and the Museum with its terraces are the perfect setting for meeting old and new friends, networking and enjoying breathtaking views over Lake Geneva.

The access to the Olympic Museum is easy: Best is to catch a M2 Metro from Flon or Gare (main station) in direction of Ouchy. Then either get out at Délices and follow the Avenue de l’Elysée to the Museum’s North entrance. The other option is to leave the metro at its terminal Station Ouchy, enjoy a short stroll along the shores of Lake Geneva, and then ascend to the main entrance of the Museum through its garden terraces.

Wining and dining in Lausanne and on the Swiss Riviera

For individual dinner arrangements following the Sunday and Monday receptions, there are a number of suggestions in Lausanne Tourism’s list of restaurants, or on this website. The city and its surroundings offer a wide choice of options for all tastes and budgets. From a high density of Michelin star-decorated gourmet restaurants to convivial village inns and genuine taverns, a great choice of places is within short reach: The neighbouring cities and old towns of Rolle, Morges, Lausanne, Vevey and Montreux along the Swiss Riviera are extremely well connected by public transport, as are the small medieval fisher and winegrower villages such as St-Saphorin, Epesses, Lutry or Cully, scattered above and between them. As an example, an express train ride from Lausanne railway station to Montreux only takes 21 minutes.