Technologists may have set the tone, but it’s about lovers and clowns 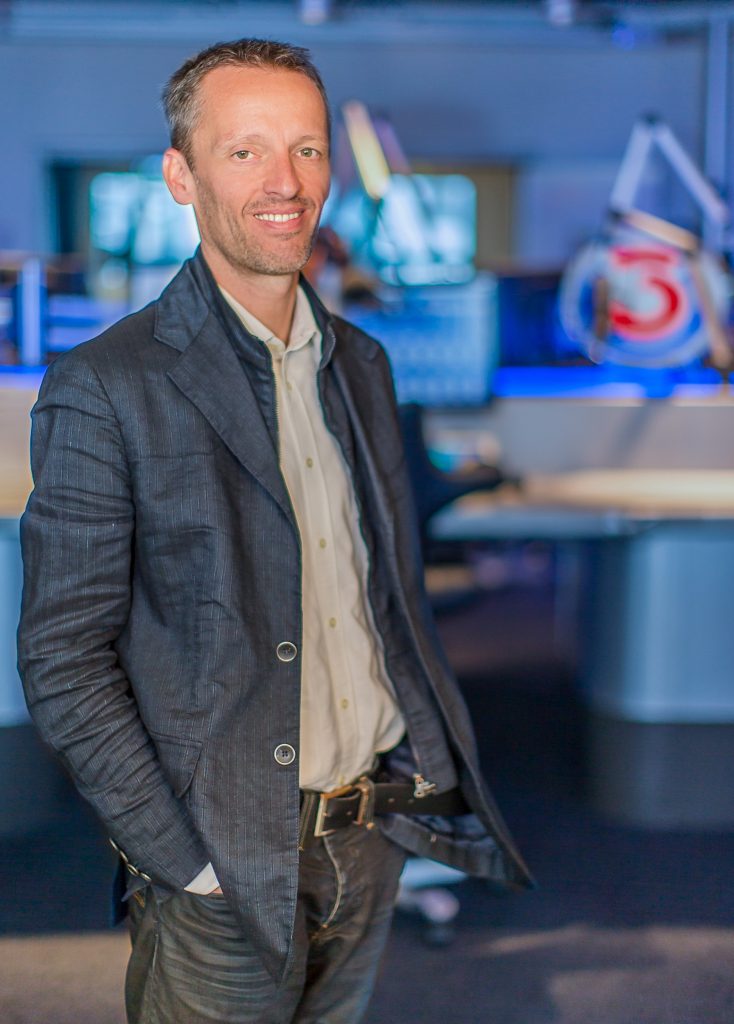 The daily fight for audience ratings doesn’t stop, even when it comes to radio stations like Hitradio Ö3, the most widely listened to station in Austria. Ö3 currently holds 40% of the market share, so it is safe to say that the company has found its formula of success. Nevertheless, Ö3 is called upon to constantly reinvent itself. Not least because of the heated debate concerning broadcasting fees that is ongoing over parts of Europe lately.

This is one of the reasons Ö3 has recently started a project called the “Ö3 Umfragewoche”, which directly translates to “Ö3 survey week”. Listeners were encouraged to give Ö3 feedback on their programme, by telling them what they liked or disliked, or what they would like to hear more of in the future. This way the radio station wishes to be able to gain an insight into what their audience cherishes about them and where they are still lacking, compared to their competitors. There was plenty of feedback, over 10,000 people followed the call.

Since Hitradio Ö3 is a public broadcaster, they already differ from their competitors who operate in the private sector. However, for Georg Spatt, Hitradio Ö3’s broadcasting boss, public service obligations are not an obstacle: “We see this as a chance, as a competitive advantage even, since we are obliged to perform in certain ways which aren’t always the easiest. Compare it to forestry if you will, where one has to operate cross-generational – what I sow today will be reaped by my children and grandchildren.” 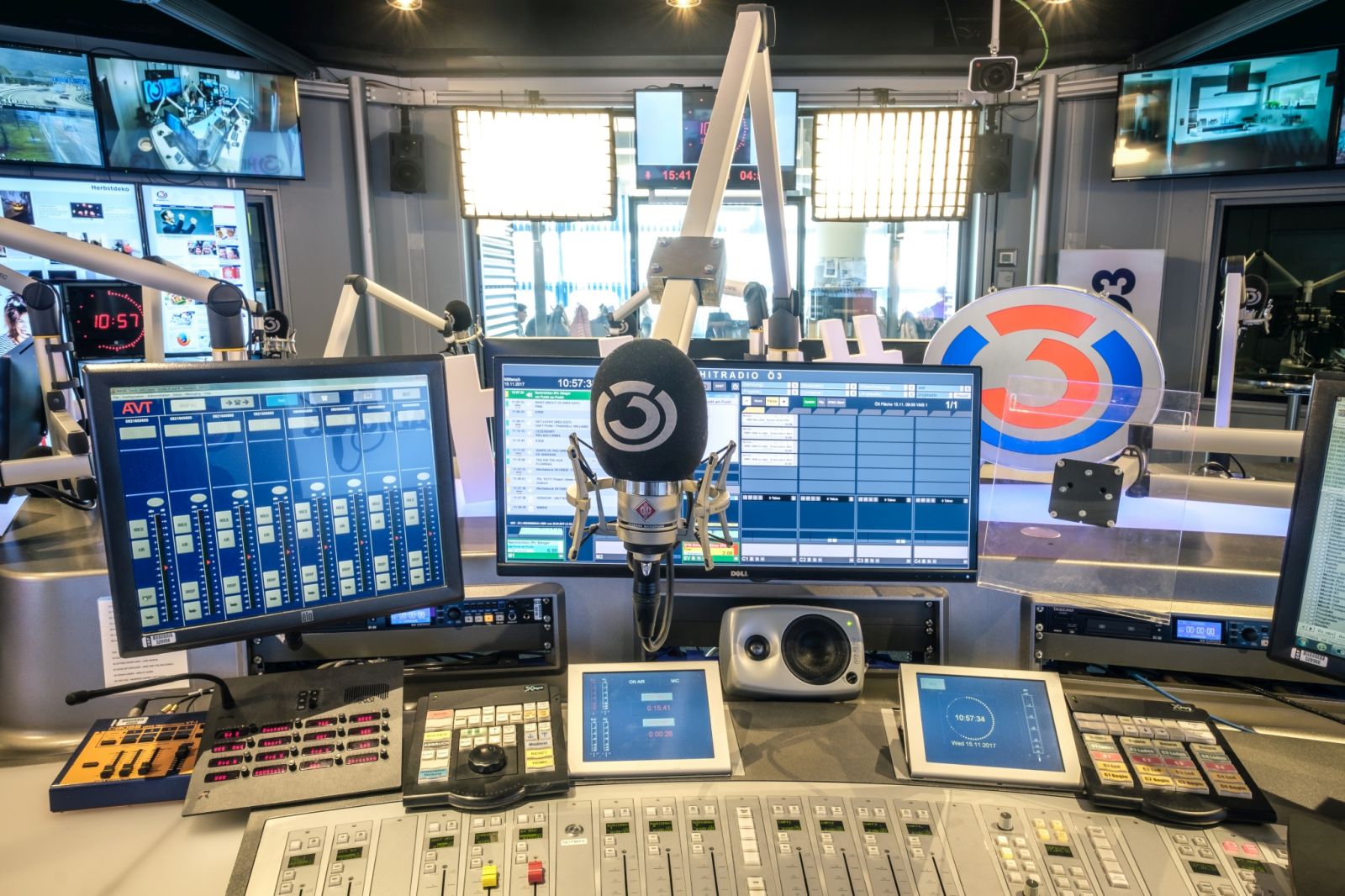 On- and off-air community building

Hitradio Ö3 has put a strong emphasis on community building over the years. They have established polarizing shows like “Frag das ganze Land” (“ask the whole country”), where (somtimes young) listeners have the possibility to call and publicly ask questions they are struggling with. Then in turn other listeners call to tell them their point of view, or to simply give them a piece of their mind. There is a wide range of questions, reaching anywhere from “My boyfriend wants to split up, because his parents dislike me, what should I do?” to “My little sister has started smoking, should I tell our parents?”

When asked about why the show is so polarizing, Spatt said, “Since I am a very grown up person by now, I understand that those questions can sometimes seem a bit odd to the parental generation. Like: “I don’t believe that’s what youngsters publicly worry about”. But if you listen to the show on a regular basis, you’ll come to realize that these are important questions, socio-politically speaking. Yes, we do mix entertainment with serious questions, but at the core it’s about real people and their real concerns. And that might be the show’s success. You can feel that the show’s hosts, Gabi Hiller and Philipp Hansa, would never act cynicalyl or ironically or make fun of our audience’s problems. Quite the opposite, we take this show very serious, which leads to a strong community being built.”

Hitradio Ö3 also engages in community building away from their on-air radio program. There is “Team Österreich”, for example, a joint action with the Red Cross that has been around for ten years. Spatt explained, “We have accumulated a database of people that are offering their help in all kinds of fields. For example: I am not a very muscular person, so I won’t be much of a help with hauling sandbags in case of a flood. What I can do due to my journalistic activities, though, is helping out with language, like helping refugees with official channels or doctor appointments if they still struggle with the language. Just another example of the community building effect Ö3 is trying to implement in its program and beyond.”

Hitradio Ö3 managed to build a community, on- and off-air. The number of people who are actively listening to the station speaks volumes, about 2.6 million people are tuning in on a daily basis. With a total of 8.7 million people living in Austria, Ö3 is either doing something right, or Austrians are very radio friendly folks. 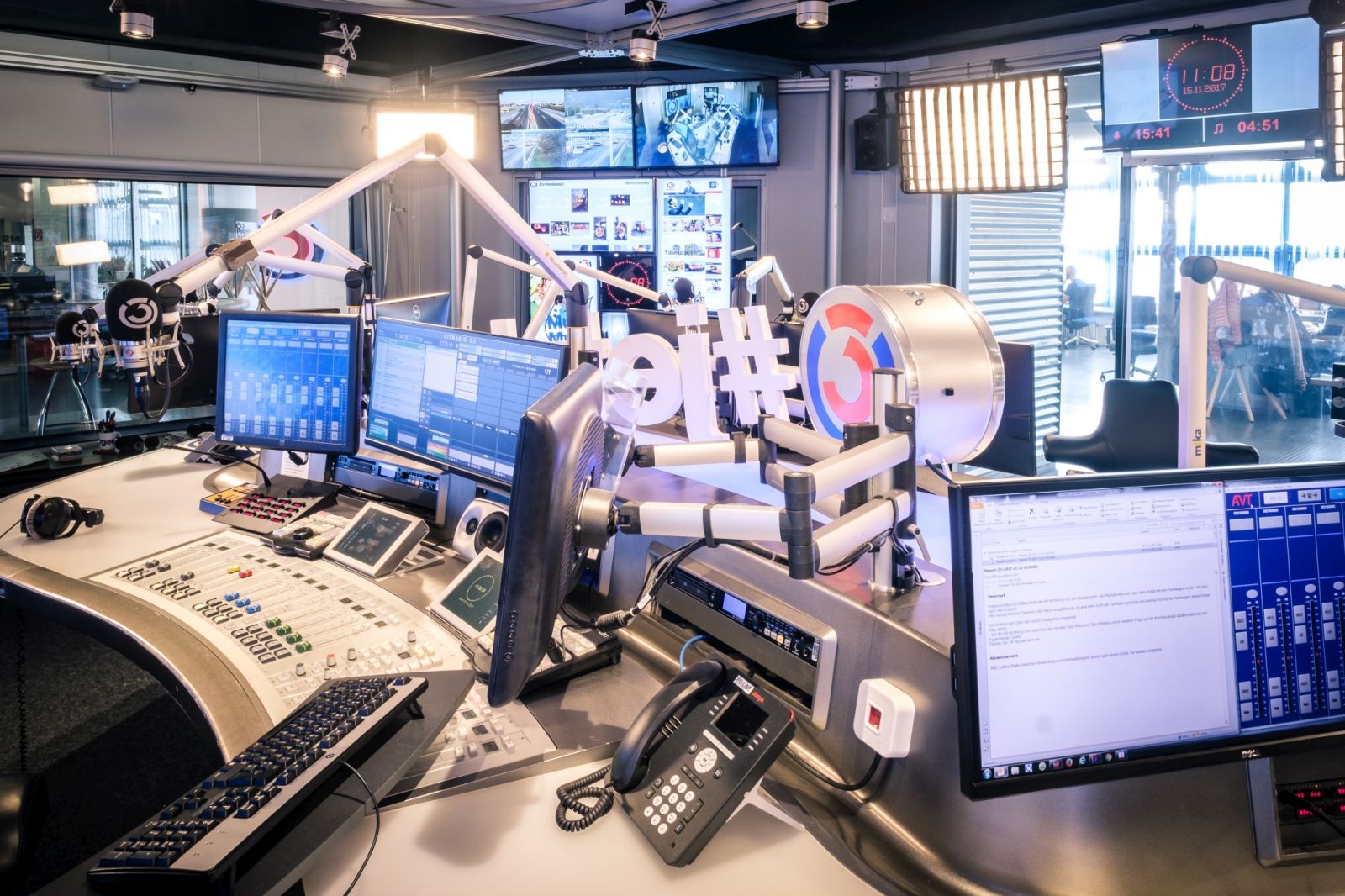 Keeping up to date while staying the same

When asked what it is that people in Austria appreciate about radio stations like Ö3, Georg Spatt says, “They find it practical because it’s always there, in contrast to other things we are taking for granted in day to day life. Even in the case of a crisis situation radio is simply functioning. No booting, nothing. If you are able to forge a bond with your audience, the way Ö3 managed to do, you earn recognition for always being reliable and being there. This might sound trivial but this is a radio station‘s foundation. Keeping this foundation stable is the most important and most difficult part. The compulsory element is in fact ‘not changing too much’. That is the USP of radio, no other media form can copy that.”

However, ‘not changing too much’ doesn’t equal ‘staying the same’. Change is mandatory in the media landscape, there will be no success without innovative ideas and renewals in the long run. Even if those renewals mean rethinking your medium as a whole. Implementing new technological or content-related elements into the program isn’t as easy as it sounds, though, if the audience has such a fixed idea of what they are expecting. Most people still associate radio with “hearing” only, regardless of the technological advancements that happened over the last years, like visual radio and the likes.

Spatt is happy to comment on that, this is his favourite topic at the moment: “Technologists have really set the tone. But I believe that it’s the journalists, the creators, the lovers, the clowns and the performers who play a major role in this. So, we radio broadcasters and content producers really have to strive not to be put on the defensive by the technological ‘Wunderwuzis’, who are simply great at their work. I get really angry with us as radio broadcasters, if we give ourselves up, lie down on the floor and surrender to other media forms because we ourselves think that they are sexier. That really gets to me. If radio stations deteriorate to being music play stations only, those colleagues didn’t get what their job is about. If you ask me ‘where do you get your ideas from?’ I’d day from surrounding ourselves with as many interesting people as possible, be it as co-workers, friends of the house or idea providers. I still think that radio is one of the most creative and immutably wonderful media forms. It’s simple and straightforward and fast and enables you to tell big stories and reflect emotions in an exceptional way. On the other hand, radio is so likeable, small, shy and humble. For me, this stress ratio is the USP of radio. Radio will be as good as the people we can reach and delight.”