Using psychology to manage ourselves and talent 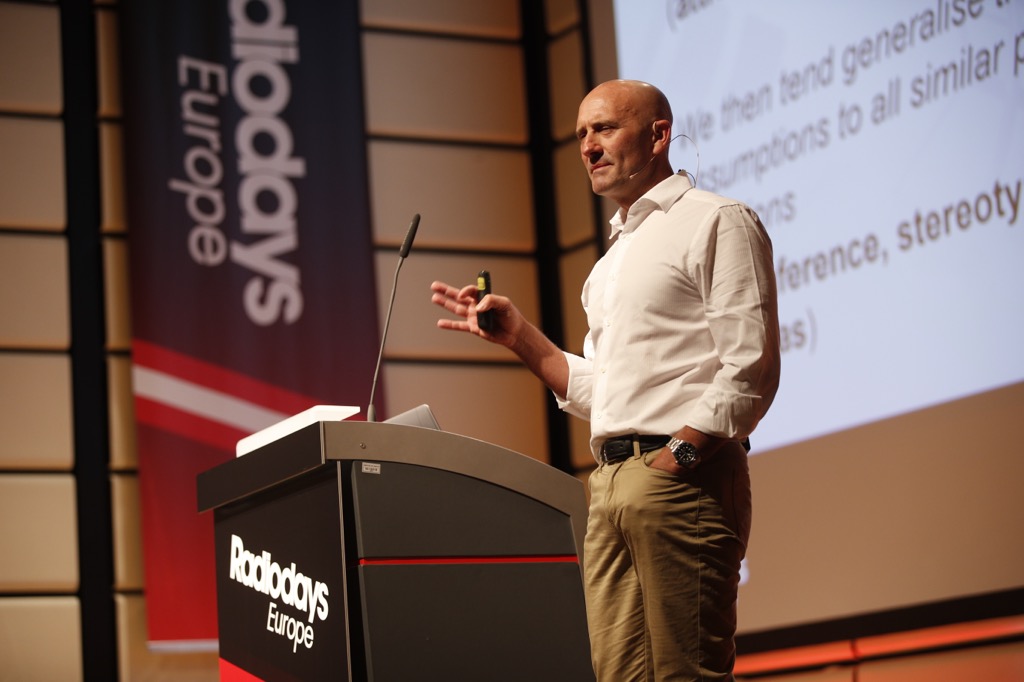 Travis Kemp (Consulting, Coaching & Organisational Psychologist, Australia) shared his knowledge of Cognitive Behavioural Sciences – and what it can do for radio, in terms of getting the best out of talent, improving performance and getting good results.

“At the end of the day – we are all only human, even presenters”, Travis said. Therefore, the idea that managing talent is a kind of “dark art” is one that he questions. He asks for evidence. And his data shows that Content Directors might be identifying successful talent with less accuracy. He reminded the audience that humans see what they choose to see, regardless of whether it’s there – and believe what they want to believe, even when the evidence says the opposite. Confirmation bias compounds this as we search for evidence that confirms our beliefs.

Kemp asked delegates to challenge what they think and believe – because a huge amount of the time and cognitive biases prevent us from thinking accurately and behaving rationally.

Kemp described the personality and behavioural similarities shared by many performing artists. He said that there are five traits: openness, conscientiousness, extraversion, agreeableness and neuroticism. These traits sit on a spectrum. And talent tends to be high on openness – but aside from that, they seem completely diverse.

He advised that in order to manage talent, we need to understand ourselves first. Introspection is key, alongside asking for feedback and realising how you show up and the impact you have. And he acknowledged the four different parts of the self – the parts that we know, the part that others know, the part that we both know, and the part that no one knows.

Kemp listed some traits to look out for that are particularly difficult to combat – perfectionism (resulting in burnout, depression and lack of self-esteem) and self-absorption (a personality disorder). These can be tackled by creating safe spaces for discussion, forming boundaries and agreements you can all work with.

Every broadcaster knows what it is like having to manage talent. With a few additional skills in our armoury, we can go back to our stations better equipped to deal with presenters.

PrevPreviousHow to talk to your listeners: Should you treat radio like insta & You Tube?
NextMOJO: giving a voice to the voicelessNext