What does the “digital detox” mean for radio? 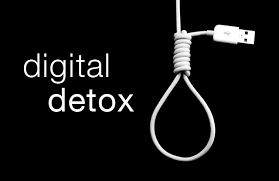 Something is changing. In the UK 15 million internet users have undertaken a “digital detox” according to a recent report from the UK regulator, Ofcom. One in three people are attempting to seek out time offline. Five minutes, an afternoon, or even a whole week!

In a bid to strike a healthier balance between technology and life beyond the screen, many people said that the time they spent offline was a positive experience: a third (33%) said they felt more productive, 27% found it liberating, while a quarter (25%) enjoyed life more.

This backlash to online was inevitable, but what does it mean for radio? Are we part of the detox or are we the intoxicant? Well, it could mean both…

As we have moved into the digital world (platform distribution, social media engagement, web presence etc) we have most certainly become part of the problem. We compete on all the social media platforms, we provide multiple brand extensions and we are, by definition, always on…

It’s a scary thought and all to do with perception.

However, is radio regarded in this way by ALL our listeners? Radio is surely still regarded a safe pair of hands. We are a friendly voice, a “personal touch”, still part of the old analogue world (not necessarily in terms of distribution but certainly in terms of the fact that we still rely on a human voice to communicate)! And of course, you don’t (necessarily)
need to stare at a screen to listen to the radio.

Here’s something to consider…

Anyone who is a parent, right now, is probably dealing with issues around how much time they allow their child to spend online – gaming, smartphones and tablets. Again, looking at the UK, six out of 10 (61%) teenagers who use a connected device said they had been digitally “grounded” in the past year.

That makes sense, but, in the same way a parent might ban a smartphone, would a parent remove an FM radio from their child’s bedroom? No more Kiss FM!!! Probably not, because we are not viewed in the same way as online.

We are different things to different people. Some people see us as being part of the digital revolution (or at least keeping up with it) whereas others think we are light relief from their smartphone.

The “digital detox” trend will continue, especially as virtual reality and other technologies take off. People will learn to use the internet in a more effective and efficient way over time and curtail their habits. But I am less sure what will happen to radio… How will we be perceived? Which side of the fence do we want to sit on?

PrevPreviousProfile: What’s the Dutch for Dance Music?
NextMake sure it’s not a scam! Hotels & FlightsNext