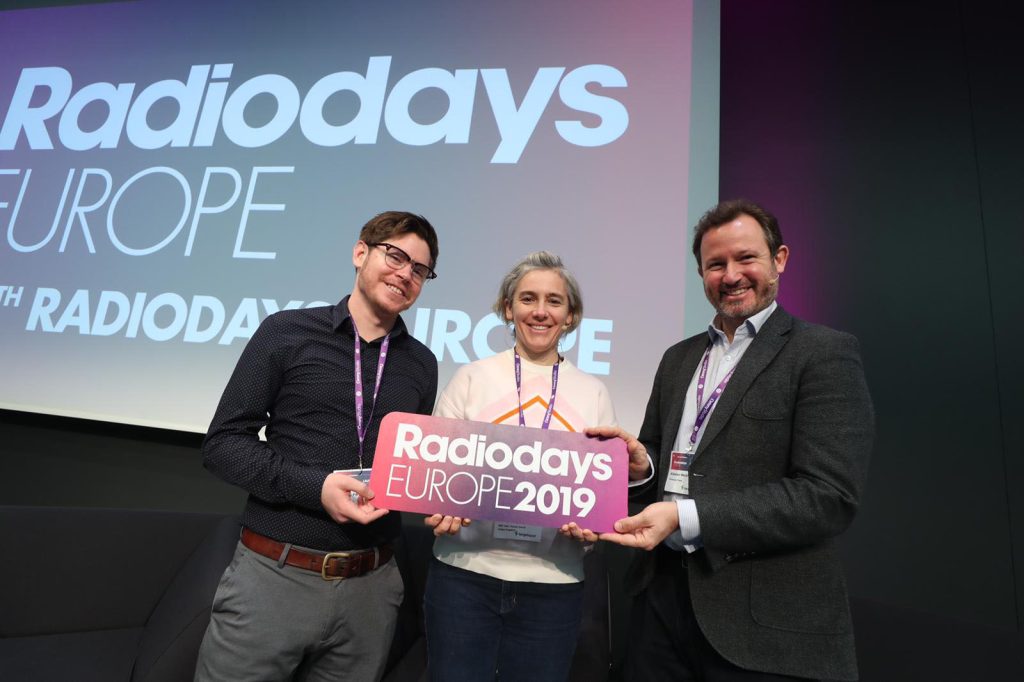 Jeremy Pennycook was the first up with a look at The Guardian’s Morning Briefing. He talked about how Guardian Voice Labs utilised SSML – a language that resembles HTML, but for speech – to customise the user experience. They adapted The Briefing by blending elements of audio files, recorded by The Guardian and a text-to-voice robot. Interestingly, The Briefing actually receives most consumption through smart phones (63%) so the audio segments are delivered with a visual list of the segments alongside the audio.

Jeremy explained The Guardian’s theory that smart speaker productions should fall into one of two categories: short, focussed and transactional or long, ambient and passive.

Jeremy then handed over to Alastair Mackie who set out to explain how the Financial Times (FT) are using smart speakers to deliver news content. With over 2.5 million listens to FT podcasts a month, and 60% of listeners being millennials, it’s an important area of development for the paper.

Alastair used the FT’s Hidden Cities as an example of interactivity with Google Assistant. Hidden Cities is an audio-first travel documentary, in partnership with Google. The feature is interactive, so users can ask the guide “Where are the best clubs?” and Hidden Cities serves a specific piece of audio, produced by the FT. Users can bring up the recommendations that matter to them, and never hear the segments that are not relevant to them. When asked about the audience for Hidden Cities, Alastair admitted “The audience has been small, but we only launched it in November, so it will continue to evolve and grow”.

Nicky Birch (BBC) followed Alastair to discuss the smart speaker productions she has been working on. Speaking of the Radio 3 collaboration, The Unfortunates, Nicky discussed how audience research showed an interest in longer and more passive content, so this set out to serve that desire, whilst maintaining an interactivity that could lead to 1.3 trillion different versions of the story. What was learnt from studying listener data? Nicky said “What did we learn? It’s niche, it’s really really niche.”

Nicky seemed excited about the opportunities within interactive audio and said “It feels like the role of Conversation Designer is emerging, and that’s a mixture of an speech producer and a UX designer”.

A session of discovery for delegates and certainly these productions will receive a room full of samples at the end of Radiodays Europe.