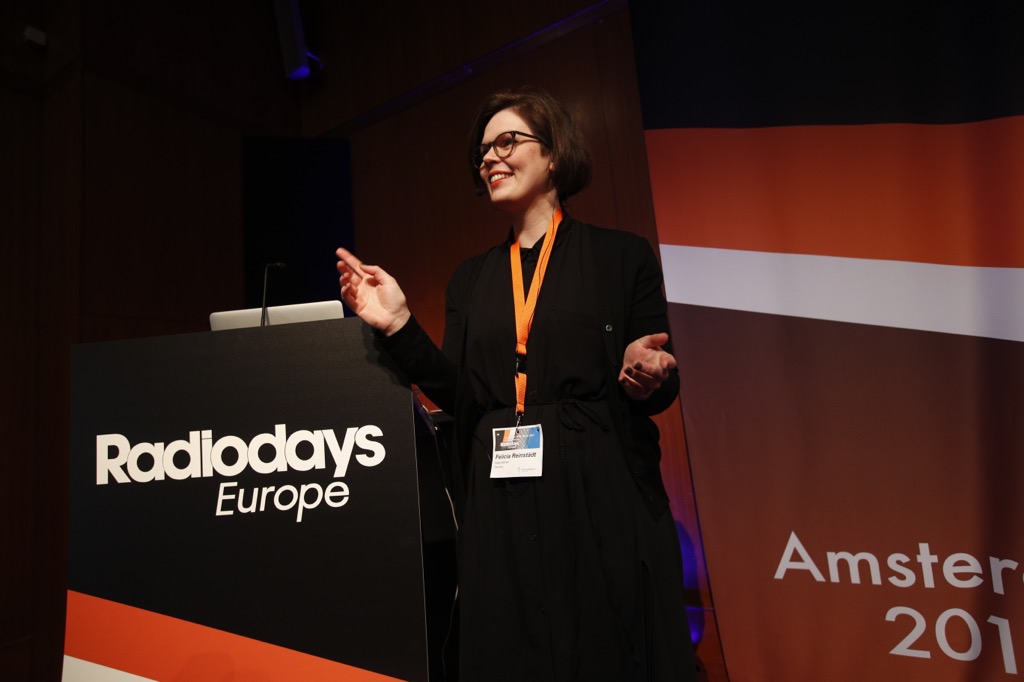 The Music Director at Antyradio in Poland, Marcin Bakiewicz, tells us how his station has stayed on top in the competitive rock music market in Poland.

Marcin thinks that stations should only use talent who are real fans of the music. You need that in order to ensure that the station stays credible. Keeping true to their real ‘ROCK!’ music policy is vital. How do they do this? By keeping their credibility as music experts but being able to schedule for ‘ratings by day, with plenty of local music in the mix. The station associates itself with all the biggest rock festivals and gigs in the country, for both awareness and (again) credibility.

Felicia Reinstädt, Head of Programme at Radio Bremen, talked about the Radio Bremen strategy for reaching out to their audience with social.

For Radio Bremen, the social audience is not one audience, it’s many audiences in different communities on different platforms. Every platform needs a strategy of it’s own, and by being very specific with where you put the content, each community will grow. One thing social media requires is a dialog. Stations need to be able to keep a conversation going regardless of whether the show is currently on air or not.

‘Let go of old ways, we can be the winners, but we need to be able leverage your traditional radio station’s reach’. People expect their radio station to be available to suit them. There are still plenty of listening opportunities still out there for audiences, but Johannes believes the claim that Netflix is competition to radio is a lie, no one goes jogging and picks netflix as their entertainment. ‘This whole event should be called Audiodays, not Radiodays’. Make the listening opportunities easy. Alongside the live and on demand of broadcasted radio, Nelonen Media have introduced audiobooks, original audio series of not for broadcast audio which doesn’t fit on the station but does suit the audience, live sport commentary, and music streaming to their app.

Would you put audiobooks on your radio app? ‘The listener's tastes are changing, it’s an investment’ @JohannesSaukko #RDE17 pic.twitter.com/6eLSoChQxU