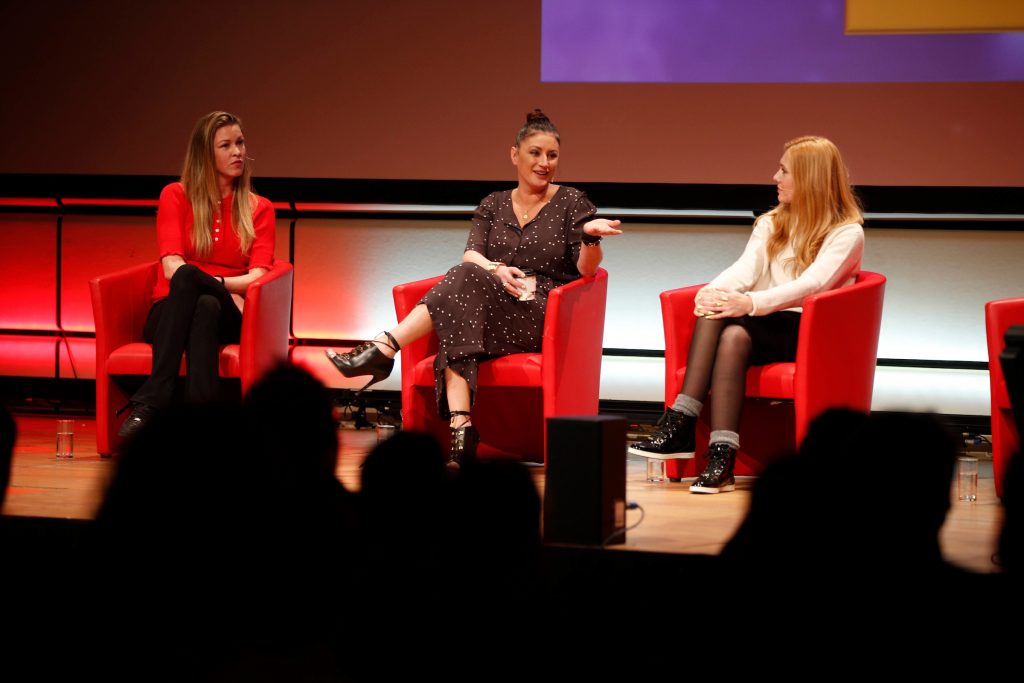 In different sessions at the Radiodays Europe, there were some successful presenters and program directors talking about this topic. There were for example Cilla Benkö, Director General at SR in Sweden, and the hosts Annemieke Schollaardt at NPO Radio 2 in Netherlands, Angi Taylor at KISS-FM in Chicago and Ivana Miseric at Open Radio in Croatia.

Putting all their advices together, there are 5 important things to reach the goal of being successful in radio business:

It’s kind of logical, if you not even know what you want to reach, how could you get there? So, make yourself clear what exactly you want. That also goes along with getting paid well. Angi Taylor said in a session that when you know what you are worth, and you have prepared a backup with all the important facts and numbers, your boss just has to pay you right.

If you really want to be successful, dream big. Don’t only set low and easy-to-reach goals. The higher the goal, the faster you will master the steps to go there and the more motivated you will be on the way. Also, with a higher goal you might find different ways to get there, even if a smaller step on the path don’t work out as you have planned.

Whoever you ask at the Radiodays Europe, nearly everybody will tell you that working in radio is fun. Much more fun than most other jobs. The reason for this is the passion involved. If you aren’t really passionate about radio and audio, it would be much more frustrating and exhausting than it has to be.

If you want to be a successful presenter, you have to be special. And what makes you more special than being yourself? So, don’t try to imitate your favorite host. Find out who you are and be yourself. And for the female readers here: don’t try to be one of the guys. Especially at radio stations with a low number of women you might have the feeling you should adapt yourself to your male colleagues. But there is a difference between women and men, and diversity just makes the content of the radio station more relevant.

And last but not least: it’s hard work. To reach a high goal, you have to do something for it. Don’t mind working late and at the weekends, and don’t be “too good” for small jobs in the beginning. Of course, also a lot of networking is important to achieve your goals. You won’t get there overnight, but with effort and passion you are going to make it.