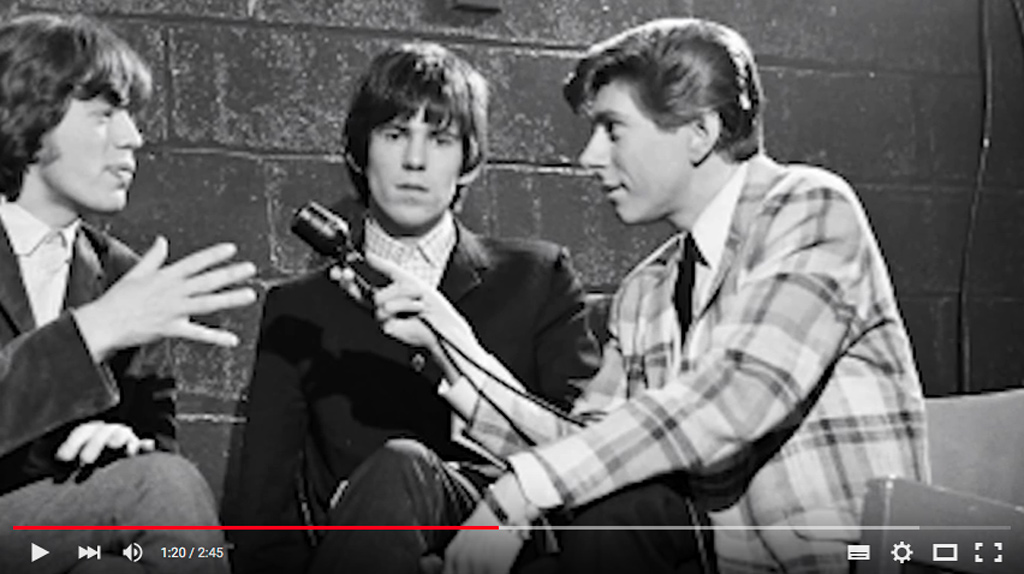 This full-length documentary focuses on four well-known North American rock radio disc jockeys. The four DJs come from four different markets at a time when they were given freedom on-air. They were ‘rock and roll’ with access to the biggest names, celebrities in their own right and led a revolution in radio.

The film also explores what has happened since that time as radio has become more ‘commercially controlled & new media has taken hold’. Where are the DJs today and is ‘free-form radio dead, or has it reinvented itself in unexpected spaces?’.

This is Director Roger King’s first feature length film where he profiles; MEG GRIFFIN a New York rock radio legend, who has spent 40 years on the radio, DAVID MARSDEN who first ruled the Toronto airwaves as David Mickie, a motor mouthed DJ who is featured in the rock n roll hall of fame. CHARLES LAQUIDARA a pioneer in Boston who was among the highest paid radio personalities in the U.S and finally PAT O’DAY was a DJ and Program Director at legendary Seattle station KJR and is credited with putting the Seattle music scene on the map.

What are you expecting from Radiodays Europe 2016?

RK: The movie was made first and foremost for fans of radio and people who work in the business.  So, a major radio conference is the perfect place to show the film and spread the word in the radio community.  We have been doing special screenings of the film in various cities where we partner with a radio station or organization to present the film.  We hope to meet radio people who take an interest in the film and might want to collaborate on future screenings in Europe & North America.

Why should the participants of RDE come to see this documentary?

RK: As mentioned, this movie was made for radio people.  It tells the story of rock radio, during the heyday, but right up to the present.  Even though the film profiles 4 specific disc jockeys, it is really the story of everyone who has worked on-air in radio, one way or another, no matter which city/market.

Also, you will hear great stories about The Beatles, Jimi Hendrix and the beginning of punk & new wave in New York.  You’ll also hear great music from Joni Mitchell, The Ramones, Rush, The Kinks and David Bowie, among others.

What inspired you to make this documentary?

RK: In Toronto, I run a voice talent agency so I represent a number of people who work in radio.  Many worked on-air during the heyday of rock radio when disc jockeys had the freedom to say and play what they want. I’ve always found their stories very specific to the era, the profession and

the medium of radio.  I wanted to put a few on screen to share their stories and document how radio has changed.  And maybe inspire a few present day DJs to continue broadcasting in the true “spirit of radio”.

After interviewing the DJs what surprised you most about their journey then and now?

RK:  The two things that really stuck out for me is how much of an artist the disc jockey really is and how these jocks valued freedom over a pay cheque.  They weren’t afraid to leave a job they didn’t like anymore, even if they didn’t have anything else lined up.

RK: It was great fun because these are radio disc jockeys.  They talk for a living so I knew we’d get great stories out of them and they would know how to tell these tales in an entertaining way.

Free form radio is changing what do you see as it’s future?

RK: The criticisms of corporate radio are obvious but there is still a lot of exciting radio/audio being produced on indie stations, satellite & college radio, on the web and of course on podcasts.   The spirit of radio is alive and well!

Who do you see as the trailblazers in radio at the moment?

RK: I think we can look to the podcasting world for the future.  Otherwise, my hope is that I will have more of an answer to that question AFTER I attend Radio Days Europe!

What can European and worldwide radio stations learn from the American style of broadcasting?

RK: I think one of the things people in radio who watch the movie will take away is that good broadcasting is good broadcasting, no matter which country or city you live in.  We kept the movie broad enough that anyone in radio, wherever they are, could relate to the stories of these DJs and maybe apply it to their current careers.

Best Rock concert of your life?

RK: I was in Chicago 4 years ago and two hours before the show, I spontaneously decided to see if I could get a ticket to Paul McCartney at Wrigley Field. I hopped on-line and was shocked to see tickets available for cost on McCartney’s website.  It was a 3-hour show, on a perfect summer night,

outside at Wrigley Field.  Don’t know why I had never bothered to see McCartney before – just a fantastic show and set list, in the most ideal setting.  And I buried the lead – my seat was at the end of the row, closest to the beer stand!

Which speaker/session are you most looking forward to at Radiodays Europe?

PrevPrevious“Loving the news!” – one of three exclusive workshops
Next30 sessions and 60 speakers confirmedNext