Join in the chat! 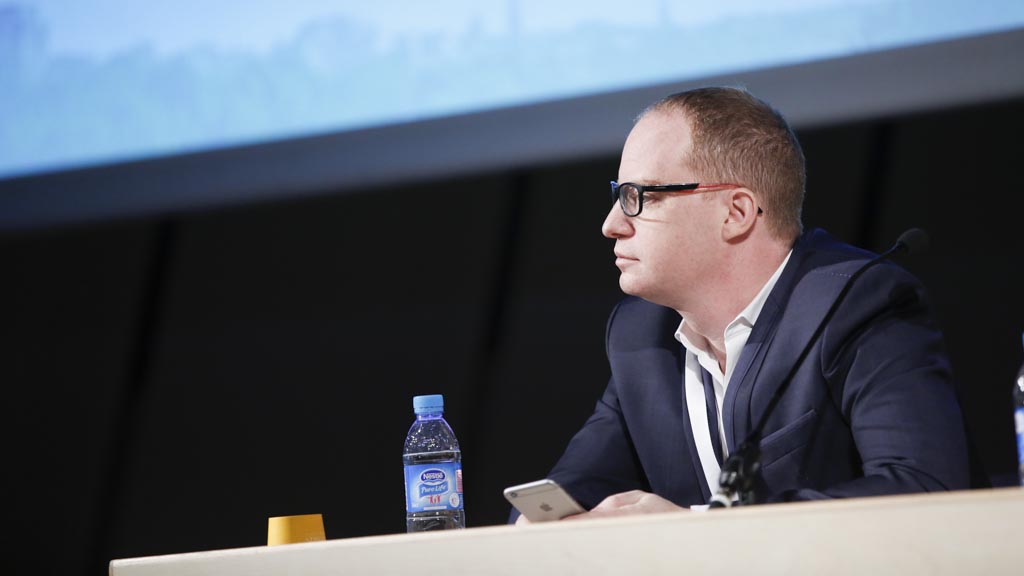 Thomas Doduik, Director, Europe 1, gave a brief overview of how his station is aiming to reach an audience online. Currently, with over one million followers, the brand has enjoyed 30% growth in online interaction over the past year.

In August 2015, Europe 1 launched a ‘social room’. What appears to be a radio studio is in fact set-up purely for online interaction. Once a guest appears on live radio, they are taken to the ‘social room’ for a separate interview. This takes place as a Q&A which can be accessed through a hashtag, creating alternative audience interaction and a unique radio experience.

Emmanuelle Bastide hosts ‘7 Billion Neighbours’ on Rfi/France24. Broadcasting from Paris, the show focuses its broadcast to French territories. She is keen to press that social media has helped her global audience reach the show – the programme currently has 130,000 Facebook fans and over 10,000 Twitter followers. This allowed her listeners, spread over many continents, to get in touch on a wider range of social, economic and political issues. The show employs a full-time social producer, whose role is to turn online interaction into callers for a phone-in. This highlights that social media response can be dealt with in more ways than presenters reading out tweets.

Ziad Maalouf, also a journalist on Rfi/ France24, shares the view that in radio, the phone-in should always take priority over social interaction. He claims the independent telephone is more useful to a station, and a debate, than the private interests of Facebook and Twitter.

Finally, Laurent Frisch, head of digital at Radio France, discusses the current conflict between traditional radio broadcasts and new technology – he predicts that the smartphone will soon be the most used platform for radio consumption. By referencing YouTube as the largest current utility for listening to music, and the huge growth in social-specific content on Facebook and Twitter, Frisch talks about ‘hyper-radio’. This is radio available completely on-demand and tailored for an ‘on-the-go’ audience which no longer uses the traditional wireless. With one million podcast downloads a day, and 500,000 video views per day, it appears that Radio France has embraced every method possible to find its audience.