Talking to a new generation 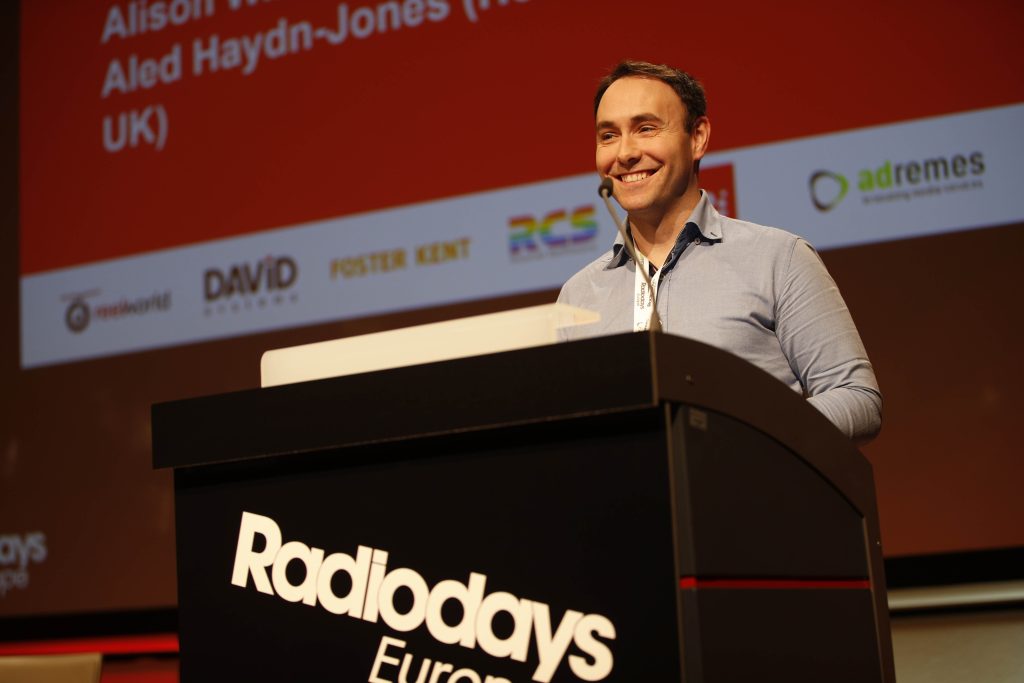 Bob Shennan, director of the Radio and Music BBC, said on stage: “The Internet is a lively enemy but also a considerable friend.” He points out that for traditional broadcasters, reinvention is necessary. Radio stations should think about new formats, well-known presenters and reinvent products that are fully committed to digital media. Radio is better served by mixed content. The director said: “We have to join forces like never before. We are all in the same boat.”

BBC Radio 1 in UK is one of the world’s biggest radio stations. Its target audience are teenagers and young adults, so they have a good sense of what the new generation most possibly wants to hear. Alison Winter from BBC UK explains: “Digital activity is not about time spent, but it can build reach.” Digital activity can have value if you do it right. It should be authentic and it should fit the brands personality. However, Aled Haydn Jones from BBC Radio 1 has to admit: “It is impossible to get people to listen to radio, if they do not want to do it.” It may seem an obvious thing to say but some stations still try to. BBC Radio 1 is working on the question what people want from their radio and want to make sure that it is there for them. As current research shows young people like new music. They want to be told what the “right” music to listen to is and they want entertainment. Furthermore, every now and then radio should bring people together. That means, when a new album is launched or a new celebrity gossips all the way to horrible terrorism moments that is when, people turn to radio to find out what is going on. “Those are the strengths that is we want to do really well. We make sure that everything is as entertaining as possible”, says Aled.

In addition, BBC Radio 1 tries to reach non-listeners by putting content out on social media platforms. That way, people might stumble across clips and if they like what they hear, they might tune in. In the past that was much easier. Many radio stations just filmed the studio during an interview or a morning show and posted that video online. However, that does not help the radio channel. It just engages people to follow the sites of the radio station on other platforms but it does not raise the listening rate of the radio itself. The solution BBC Radio 1 currently tries is to plan content in advance. Like new movies it is promoted with trailers. BBC Radio 1 creates short video clips previewing a show or an interview and tries to get the online-users to listen to the show. “We use social media to promote what’s coming”, says Aled.

The expectations of what a program should deliver are changing as well. Aslak Gottlieb (University of Southern Denmark) talks about his journalistic study, which shows that teens and young adults feel excluded by traditional media. They feel stigmatized by news media. According to Aslak, there are five engagement criteria.

So it is important to know how to engage with young people via social media but even more important is the question, how to bring them from social media back to the radio.