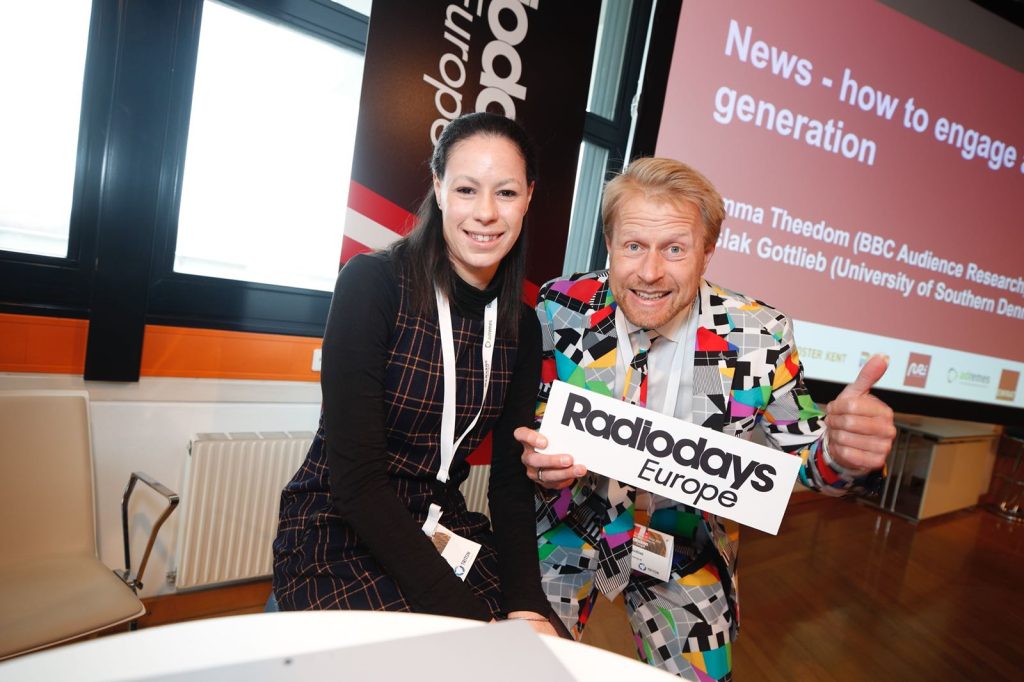 The BBC’s Audience Researcher, Emma Theedom, demonstrated how the BBC is “future-proofing” news programming on BBC Radio. For seven years, she’s been telling “higher-ups” that audience figures have been declining, and she blames it on social media.

Audiences today are moving away from traditional broadcast media, with its linear programming structure and attention-demanding mediums – and towards social media. The latter is more preferable to them, Emma explains, as it’s on-demand and under their direct control.

Young people are all like children in a candy store, Aslak Gotlieb (University of Southern Denmark) said, presenting his recent journalistic study “#newsforteens”. Young people create their identity as media consumers by filling pick’n’mix bags with the sources they like.

With a big, middle-finger emoji on the screen behind him, Aslak explains that teens and young-adults feel excluded by traditional media. They feel told-off rather than talked to, stigmatised rather than encouraged. The hierarchy of news consumption is being subverted – establishments are being challenged by grassroots users and citizen journalists.

Emma backs this up, explaining that the BBC is the default choice for young people when big news breaks, but it’s shallow engagement. Audiences of today focus on headlines rather than analysis, quick bites of information for the social-media age, rather than deep content.

Finally, there’s a blurring of genres that is doing very well for journalism, and serving as entry-points for young consumers. Entertaining and drama-based factual content is really working. Emma gave a few examples, including This American Life, Charlie Brooker’s ScreenWipe and Serial. They make great programmes, plus they are informative about what’s going on in the world.