The US Podcast Explosion 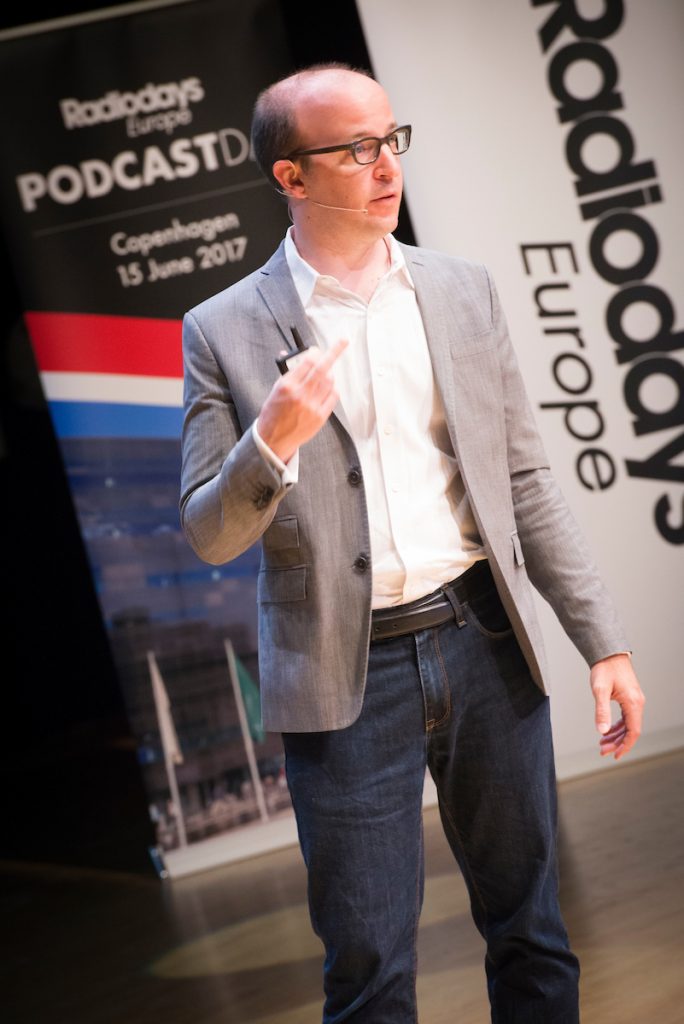 Eric Diehn, CEO of Midroll, Stitcher and Earwolf, USA was the first presenter at the Radiodays Europe Podcast Day. His presentation set the scene by going into detail on the rise of podcasts in the United States. ‘Why isn’t podcasting just the story of terrestrial, the story of taking their best content and making it available online?’. In the US royalties are not paid for music so it’s more cost effective to have music on-air, therefore talk radio wasn’t the best. The US terrestrial market deregulated between 1995 and 2006 so a small number of companies owned a large number of stations with the result that there was little choice and variety.

Technology, Content and Economics are the three key areas of influence on the development of podcasting. The rise of smartphones has allowed people to listen, given them the freedom to listen anywhere and now in the US there is a wave of innovation in terms of the smart home. Podcasting is well suited to this new innovation in the home and also in the connected car. ‘There is an explosion of content at the moment’ the early pioneers however have set the scene, they included; technology enthusiasts, comedians and creators from public radio (not for profit, well reported, highly produced radio). The tech people showed that you can have a connection to a specific audience, the comedians showed that podcasts give you total freedom (language, editorially, format, length) and from ‘public radio – innovators giving compelling content…which takes people on a journey’.

‘Serial’ has tapped into a new interest in the true crime genre, this has then spawned a new area of true crime content which is more indepth and then a professionalism which on another level. There is also a series of news podcasts which are small digests and also political chat shows which skim the surface of political news, now there is ‘The Daily’ in the US which brings together the digest and the political chat show.

In the 2013 the audiences for podcasting were older males, in 2016 the range and diversity of programmes has exploded for example ‘Levar Burton Reads’ is the newest feed introduced this week and is an example of expanding audiences. In thinking about creating a podcast you need to think about; breaking the mould, finding the appeal to the audience, what is your niche and learning from traditional media.

Eric Diehn concluded the first of an exciting day of podcasting.