Why Chris Evans Left The Biggest Radio Show In Europe 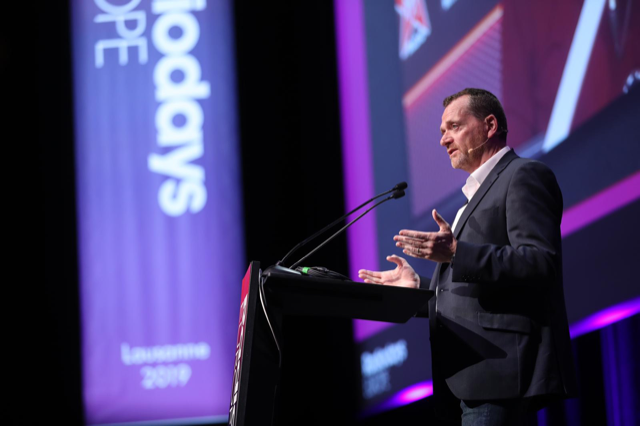 With over 9.1 million listeners a week on his BBC Radio 2 breakfast show, Chris had not only the biggest radio show in the UK, but also Europe too. So why did he make the switch to Virgin Radio – a brand with under 500,000 weekly listeners?

Richard Branson explained, on video, that Virgin Radio could give Chris a lot more broadcasting freedom with Virgin than the BBC. Chris himself also explained, through video, that thanks to the partnership with Sky, the new breakfast show is able to go ad-free for its launch, removing the speed bump for most listeners looking to cross over from the BBC.

Francis emphasised how important marketing was for the new breakfast show. The station has run a campaign this year, focused around Chris himself. Wireless Group’s access to newspapers was utilised in the campaign. For example, The Sun ran a series of large images explaining the new show. Television and social video ads were also run, explaining where to find the new show.

Finally, Francis went on to highlight the importance of the content itself in creating a successful show. Richard Ashcroft performed the first song live in the studio, Chris surprised Richard E Grant with his own actual script from Withnail and I (one of the films that rocketed Richard to fame), and Chris’ interview with Reverend Ruth Scott, who was diagnosed with cancer. It was a touching interview that went to #2 in the iTunes podcast chart and #1 in the comedy charts.

How’s it going so far? Well Chris, Francis, Virgin and Sky seem very happy, but the first RAJAR data will come in around April time. Francis showed graph of internet streaming that showed a spike on Chris’ first show.

It looks like an exciting year ahead for Virgin and Chris, but only time will tell about the success of the show.